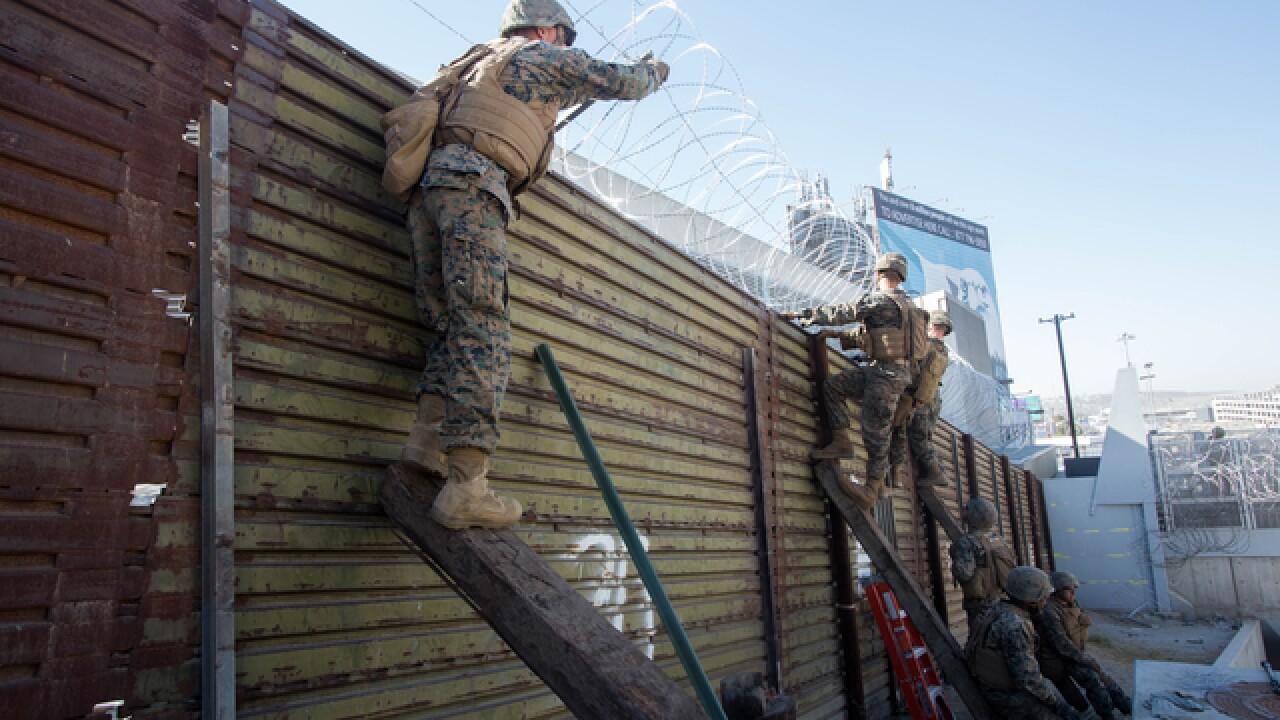 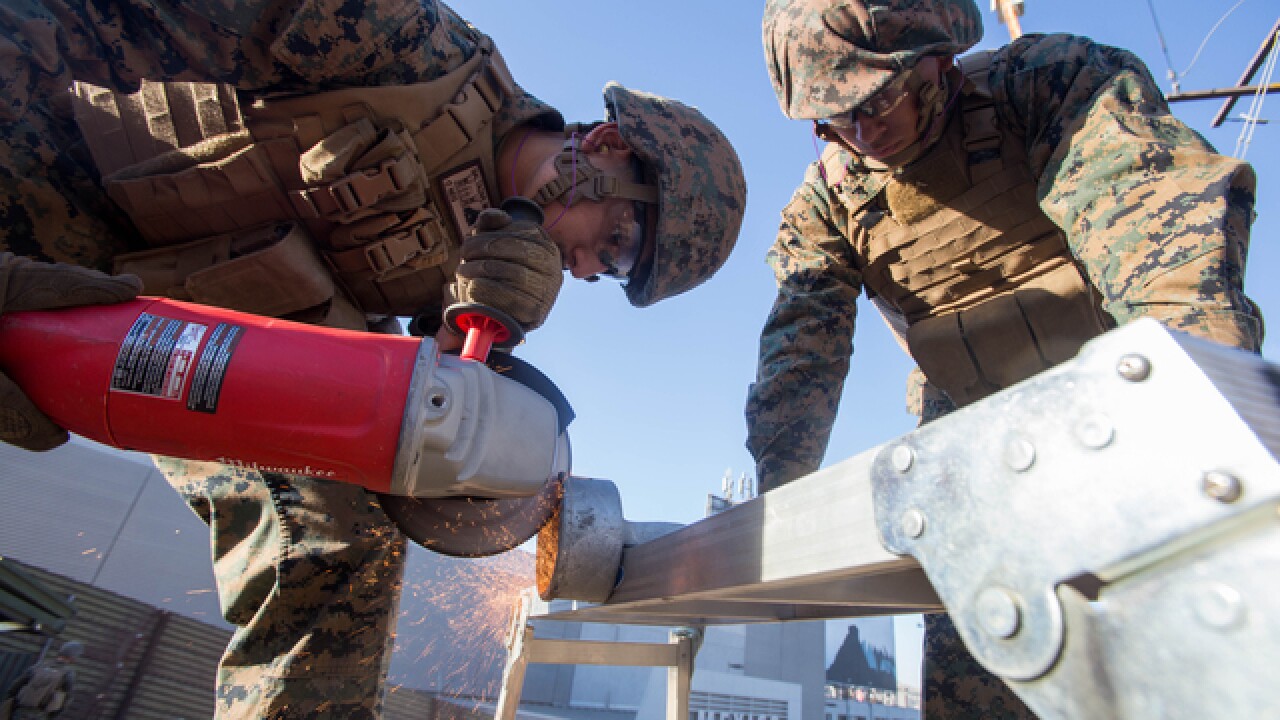 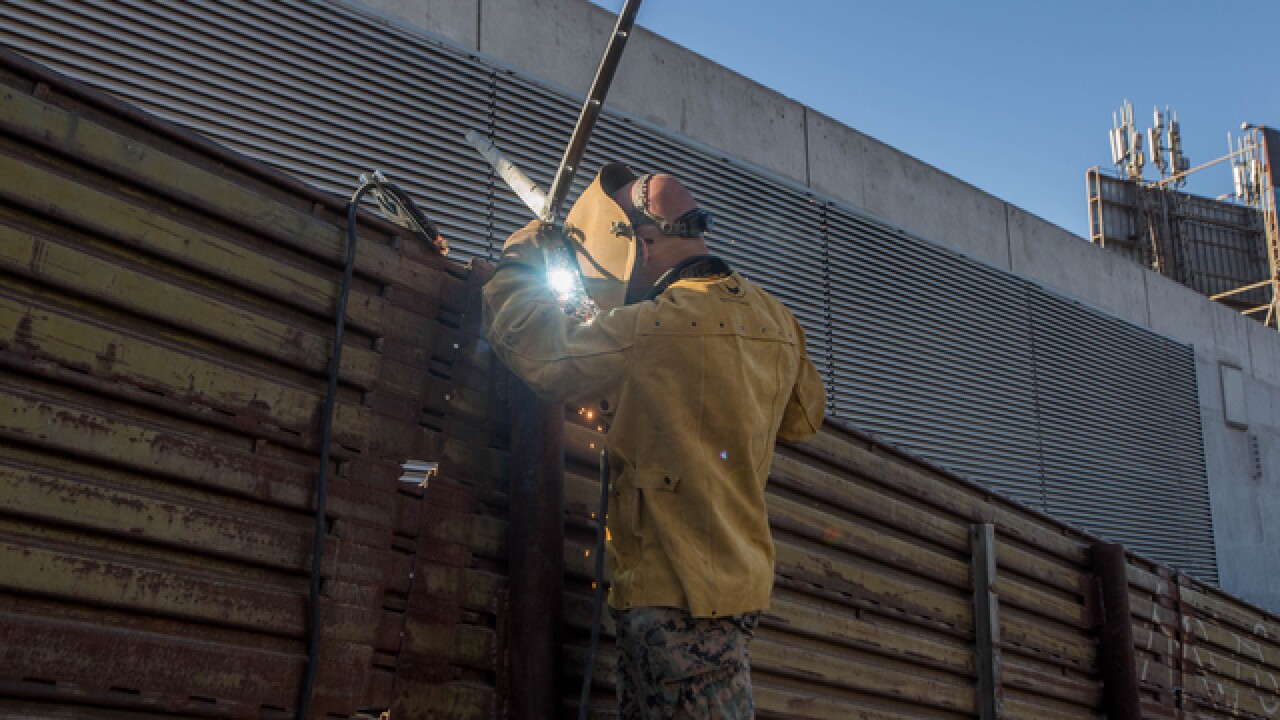 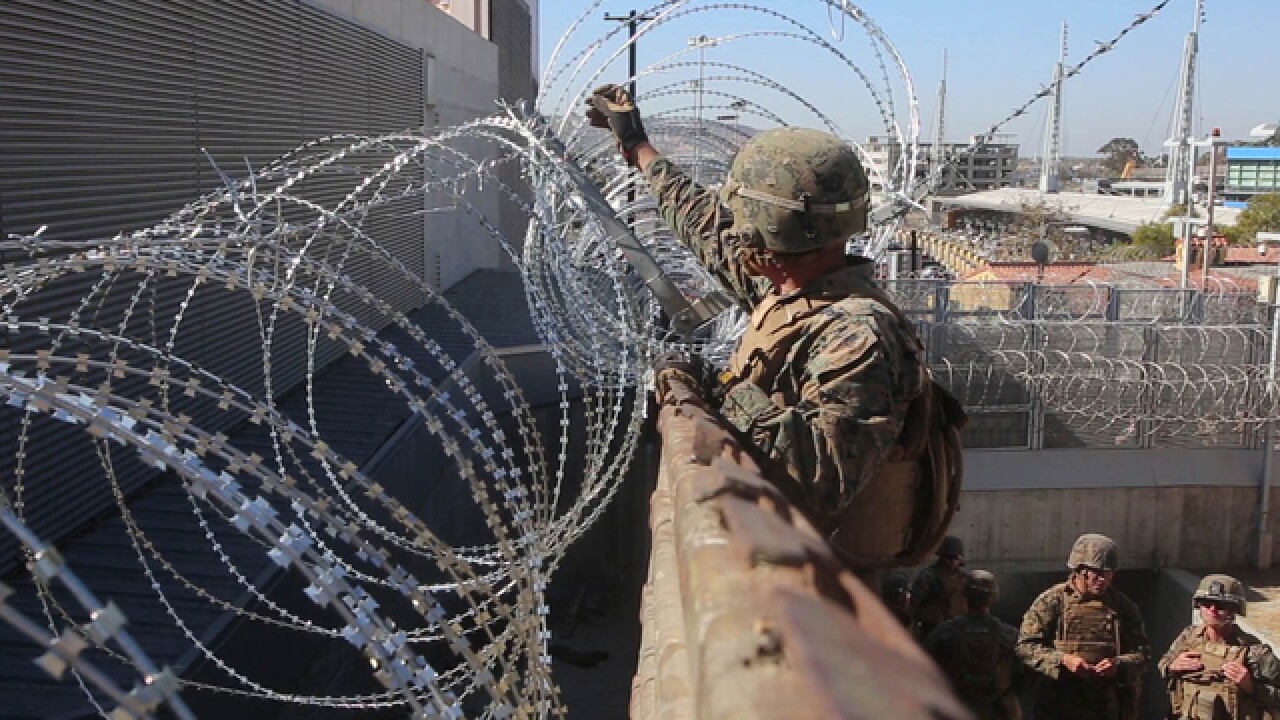 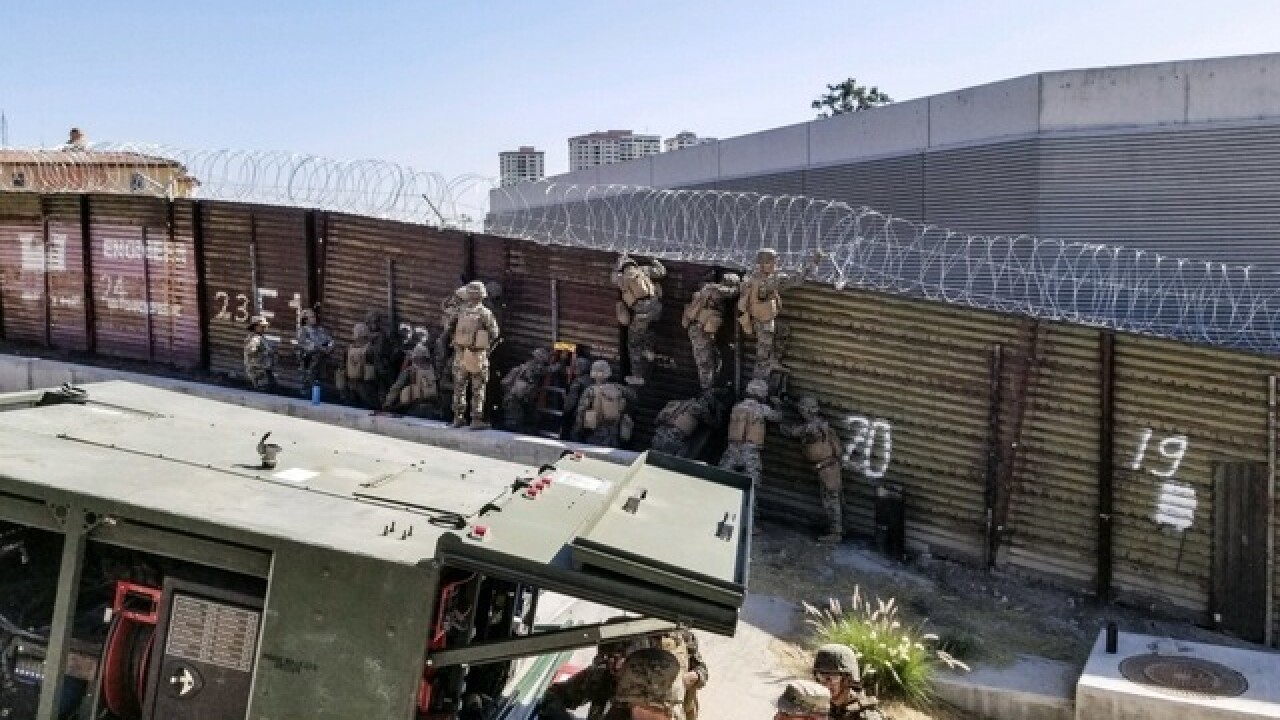 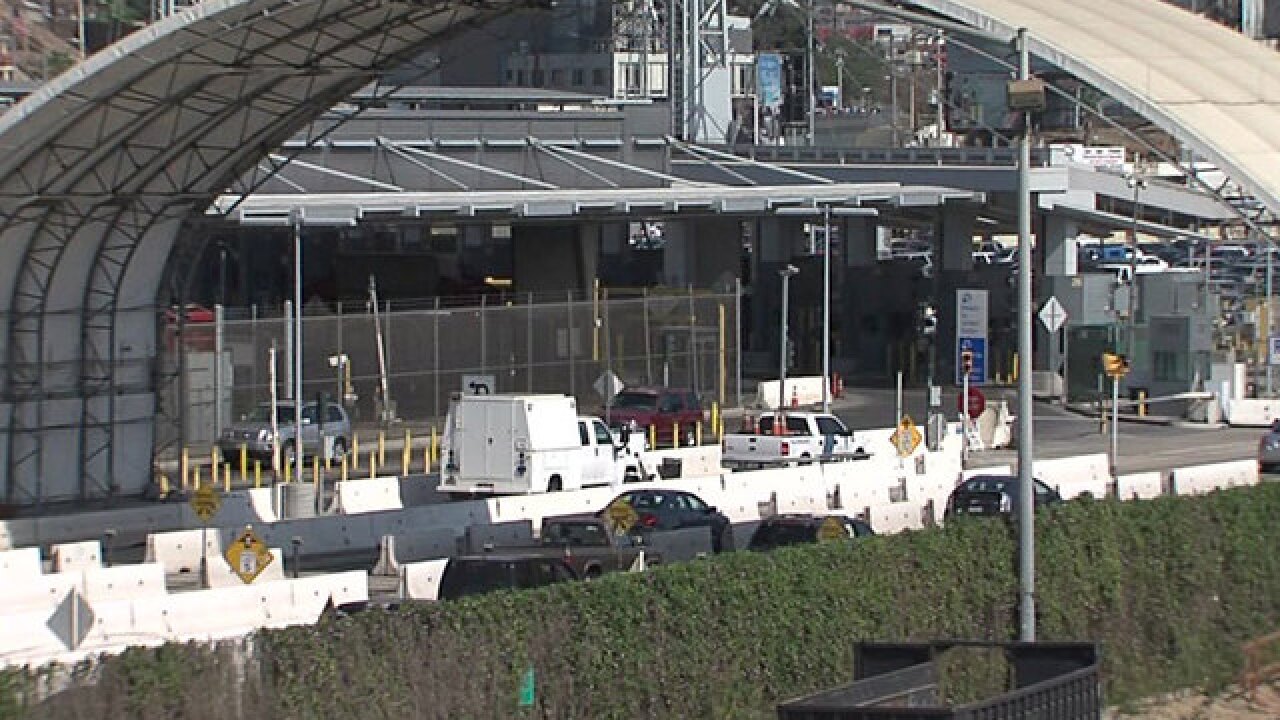 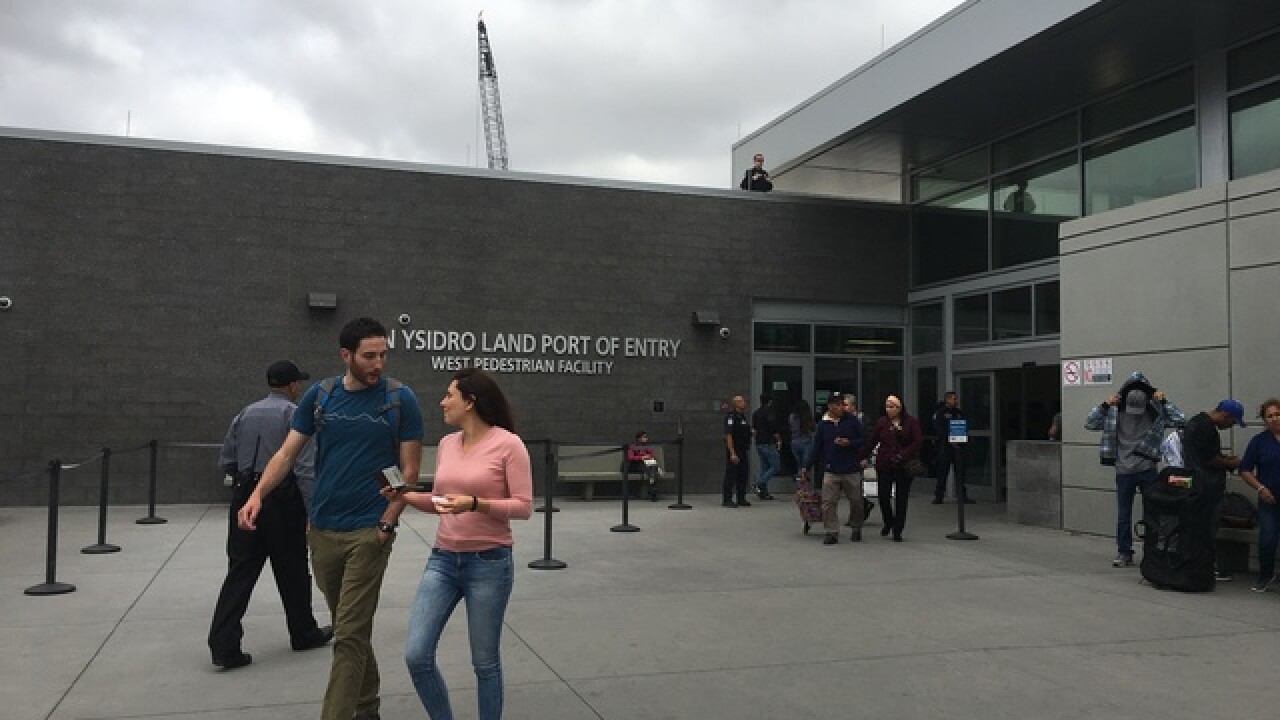 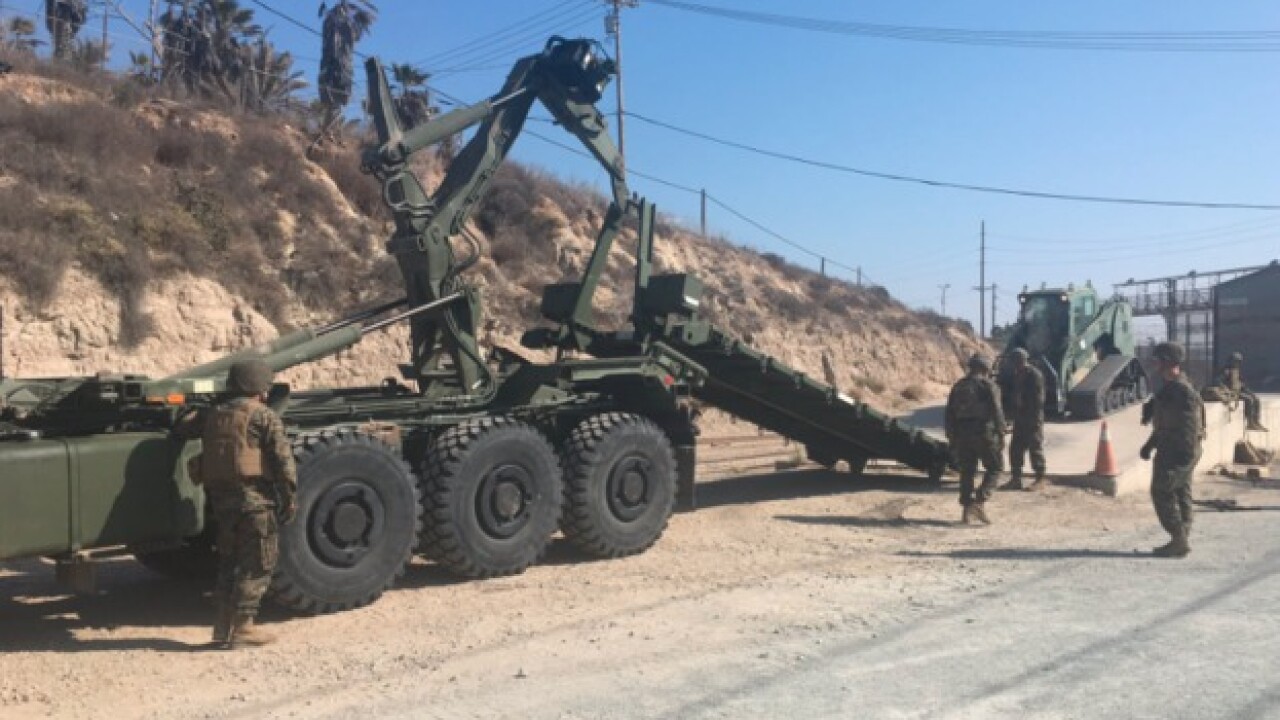 SAN YSIDRO, Calif. (KGTV and AP) -- As the migrant caravan approaches the U.S.-Mexico border, several lanes in San Ysidro and Otay Mesa will close so new equipment can be installed.

According to U.S. Customs and Border Protection, at least three northbound lanes in San Ysidro and one in Otay Mesa will close until after the caravan arrives.

The closures are an effort by the Department of Defense to install concertina wire, and pre-positioning jersey barriers, barricades, and fencing as requested by CBP under Operation Secure Line.

“The materials will be used to help strengthen border security, to ensure the safety of the American people, the traveling public, CBP personnel and the communities in which we serve,” said Pete Flores, Director of Field Operations in San Diego.

CBP warns that people traveling north to the U.S. should anticipate delays.

“CBP has been and will continue to prepare for the potential arrival of thousands of people migrating in a caravan heading towards the border of the United States,” Flores said.

The thousands of Central American migrants left shelters in Guadalajara early Tuesday and were taken by bus to a highway tollbooth to wait for rides to their next destination.

They thought other buses would be waiting for them to take them through hurricane-ravaged Nayarit to the neighboring state of Sinaloa, further north. But no other buses showed up and few trucks passed to pick them up, leaving many to walk.

Most appeared intent on taking the Pacific coast route northward to the border city of Tijuana, which was still about 1,350 miles (2,200 kilometers) away. The migrants have come about 1,500 miles (2,400 kilometers) since they started out in Honduras around Oct. 13.

While they previously suffered from the heat on their journey through Honduras, Guatemala and southern Mexico, they now trek along highways wrapped in blankets to fend off the morning chill.

While the caravan previously averaged only about 30 miles (50 kilometers) a day, the migrants are now covering daily distances of 185 miles (300 kilometers) or more, partly because they are relying on hitchhiking rather than walking.

Migrants have hopped aboard different kinds of trucks, regardless of comfort or safety. Some have stacked themselves four levels high on a truck intended for pigs. On Monday, a few boarded a truck carrying a shipment of coffins, while others squeezed into a truck with narrow cages used for transporting chickens.

Many, especially men, travel on open platform trailers used to transport steel and cars or get in the freight containers of 18-wheelers and ride with one of the back doors open to provide air flow.

Last month, a Honduran man in the caravan died when he fell from a platform truck in the Mexican state of Chiapas.

A smaller, second caravan began arriving in Mexico City on Monday. By Tuesday, over 1,000 migrants had set up camp at the same Mexico City sports complex the larger caravan left Saturday. A third caravan was heading toward the capital.

Many say they are fleeing rampant poverty, gang violence and political instability primarily in the Central American countries of Honduras, Guatemala, El Salvador and Nicaragua.

Mexico has offered refuge, asylum or work visas, and its government said Monday that 2,697 temporary visas had been issued to individuals and families to cover them during the 45-day application process for more permanent status. Some 533 migrants had requested a voluntary return to their countries, the government reported.

The caravans became a campaign issue in U.S. midterm elections and U.S. President Donald Trump has ordered the deployment of over 5,000 military troops to the border to help fend off the migrants. Trump has insinuated without proof that there are criminals or even terrorists in the group.