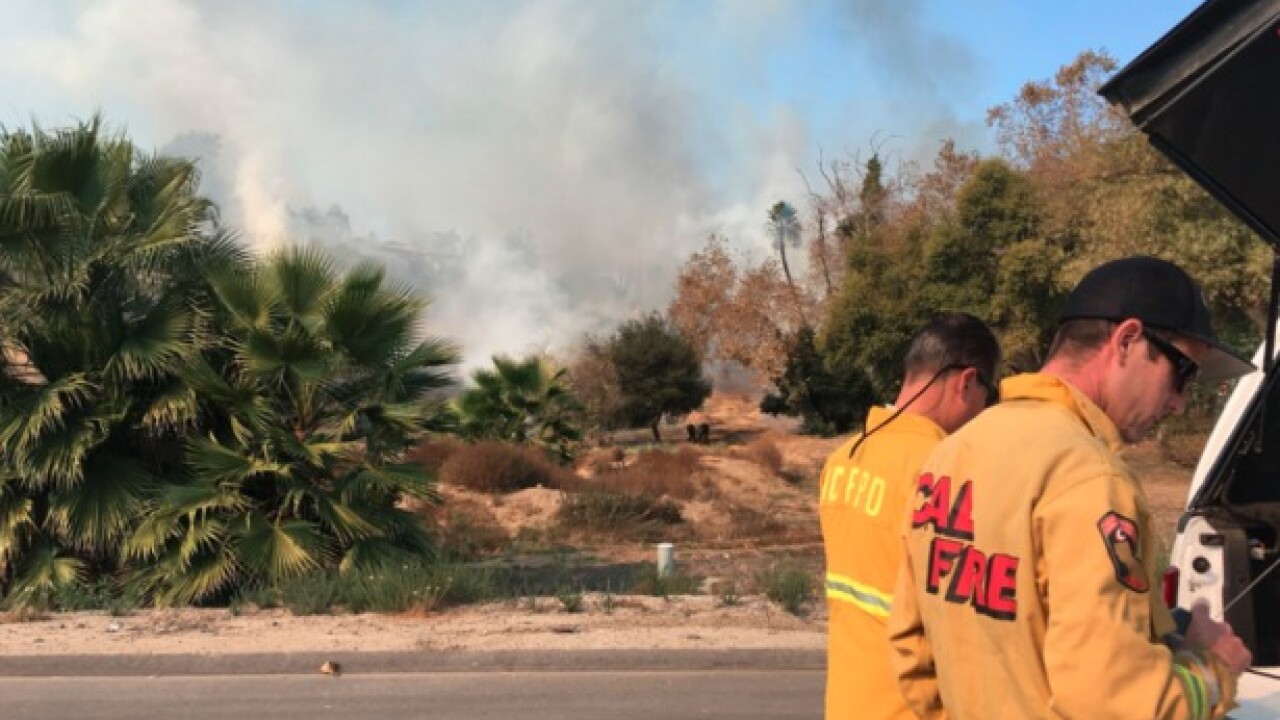 Copyright 2018 Scripps Media, Inc. All rights reserved. This material may not be published, broadcast, rewritten, or redistributed.
<p>Courtedy: Cal Fire</p> 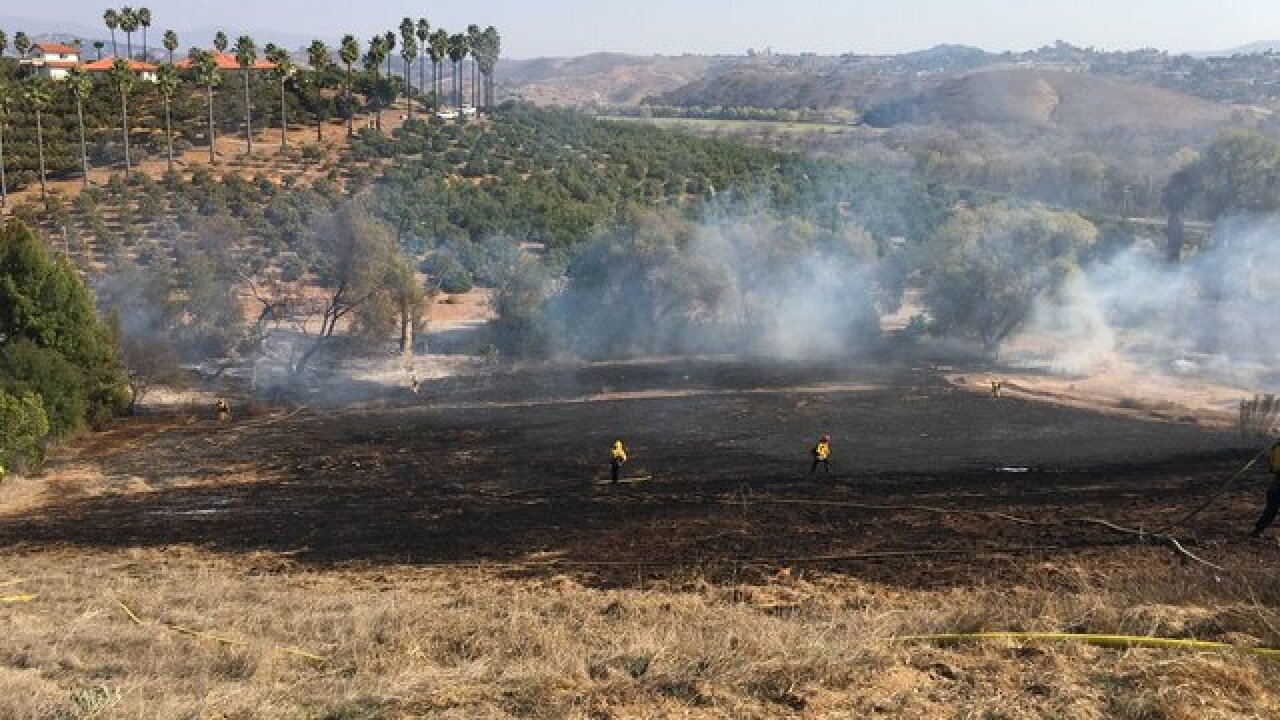 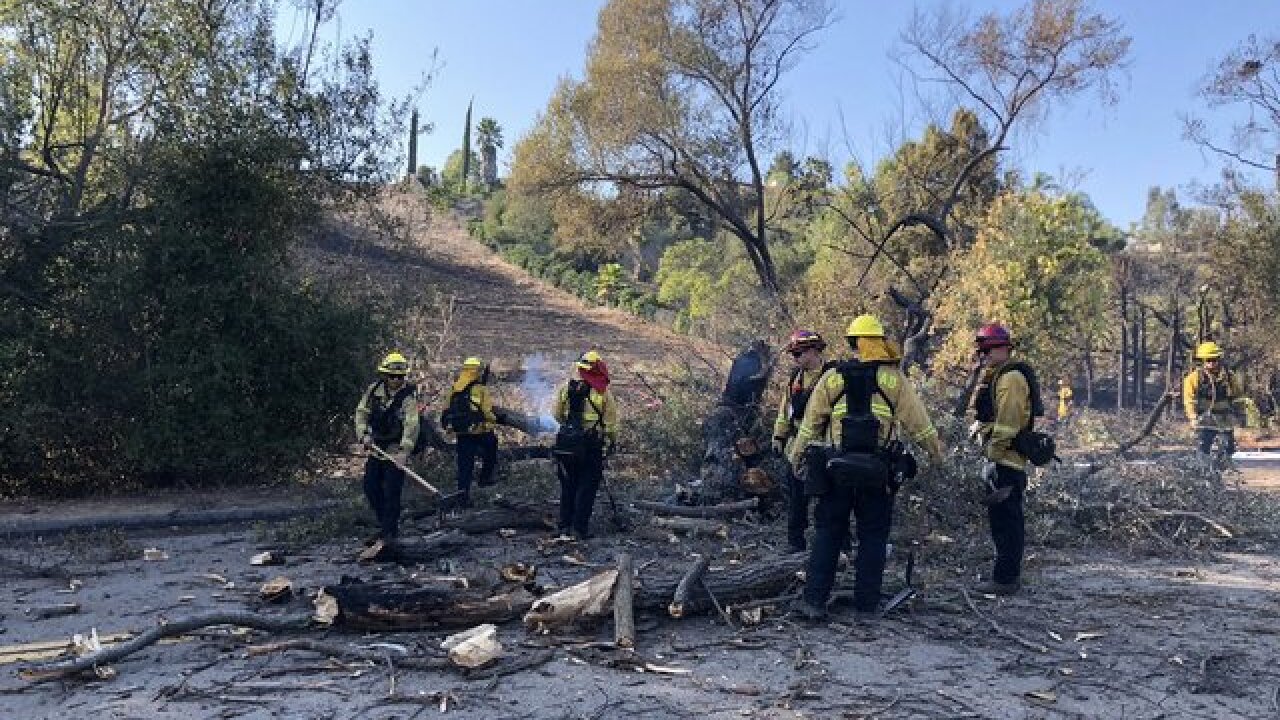 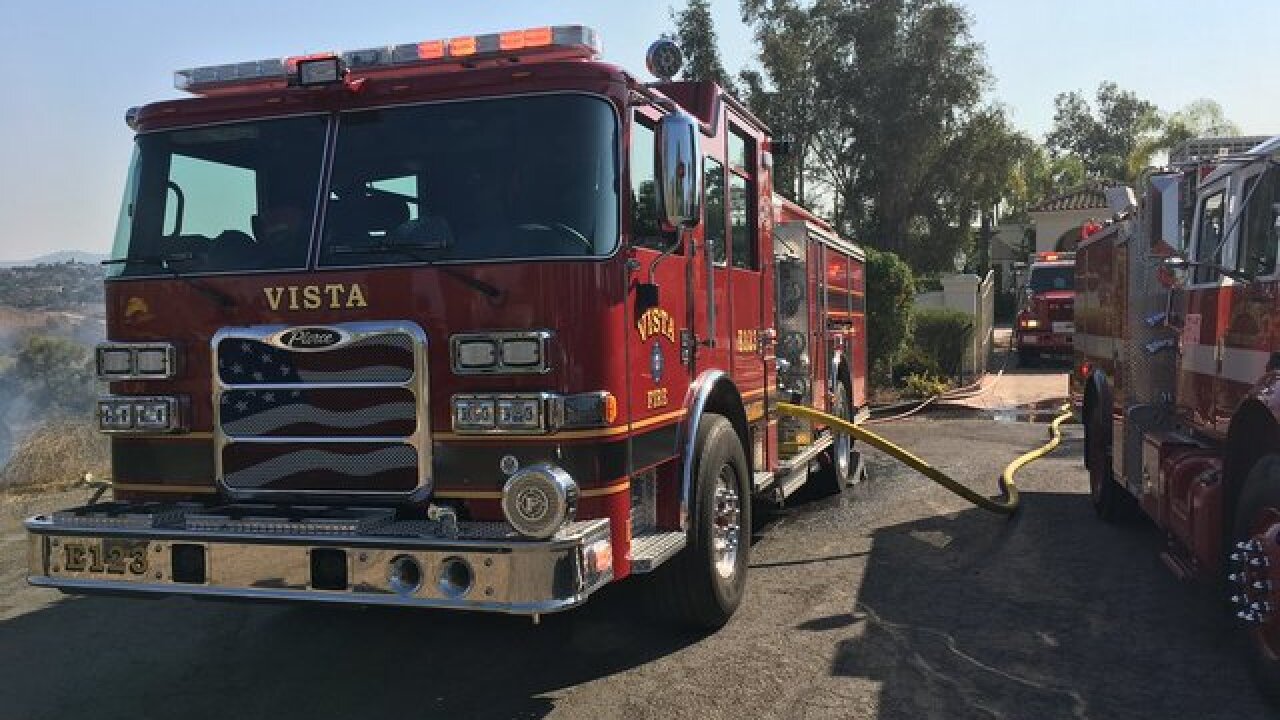 FALLBROOK, Calif. (KGTV) -- Firefighters have stopped the forward rate of spread after a fire, dubbed the Fallsbrea Fire, sparked in Fallbrook Sunday afternoon.

“Too many times, man” Chris Beucler sighed. He could not believe he was witnessing yet another wildfire approaching his home.

"I looked out the window, and just beyond our lots down here I see a huge flame up in the air,” Beucler said.

Early Sunday afternoon, Beucler and his wife were putting up artwork in his home, when the flickers brought back memories. It seemed like just yesterday, he experienced the Lilac Fire, which destroyed many of his neighbor's houses. The Lilac Fire started on December 7, 2017. The 4,100-acre blaze destroyed 157 and damaged 64 structures.

"I've been up here 16 years, and this is probably the sixth time these things have happened. So it's just high alert all the time,” Beucler said.

Cal Fire and North County Fire responded to the scene of the Fallbrea fire that sparked near Highway 76 and Ramona Drive around 12:30 p.m. When they arrived, the fire was only about a half-acre. But it quickly spread up the slope to about five acres. While the region is under a Red Flag warning, flames spread before gusts took over North County, Cal Fire said.

"Make no mistake about it, while we are expecting a red flag condition to take hold of the county, we are not under those conditions as we speak,” Cal Fire San Diego Captain, Issac Sanchez said. “This was absolutely slope and fuel driven. Mostly burning in grass, which burns very quickly and very hot.”

Firefighters are expecting conditions to worsen and to work overtime. But for now, veteran wildfire survivor Beucler is relieved. The walking trail that he created six years ago and preps twice a year saved his home once again.

"We got a natural firebreak that we built for a trail to go around our house, and they're saying that's what saved our part,” Beucler said.

According to Cal Fire, several structures were threatened, but the forward rate of spread has been stopped. The fire was 100 percent contained by about 4 p.m. The cause is under investigation.

One outbuilding and a deck attached to a structure were burned. No injuries reported. The fire broke out several hours after a red flag warning went into effect across the county, ushering in low humidity and high winds.

.@CALFIRESANDIEGO and @NorthCountyFire are at scene of a 5 acre vegetation fire near Hwy 76 and Ramona Dr in Fallbrook. Structures are threatened.#FallsbreaFire pic.twitter.com/2qS87QcDFr

#FallsbreaFire [update] Air and ground resources are making progress on the fire. CAL FIRE is in unified command with @NorthCountyFire pic.twitter.com/62naMLvUJ9