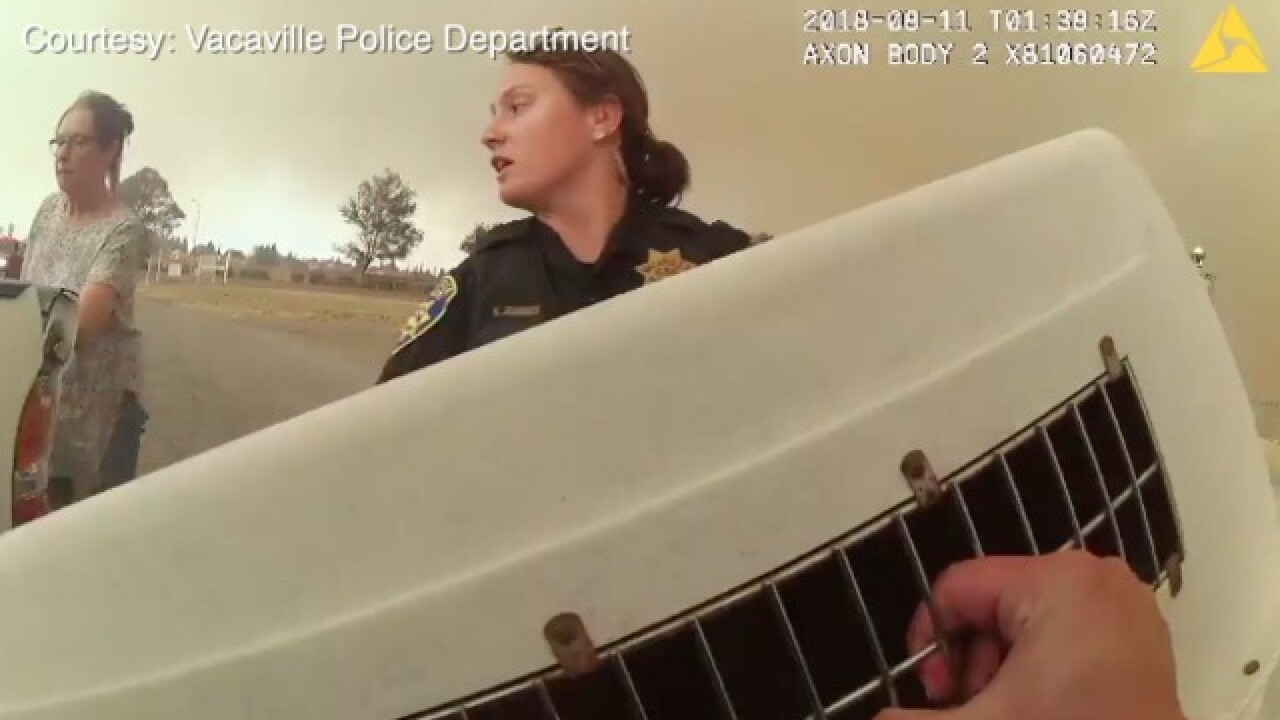 VACAVILLE, Calif. (KGTV) — Body camera footage shows the chaotic moments northern California police officers jumped into action to help save animals from a shelter in the path of the Nelson Fire.

Vacaville Police officers were called in to help evacuate animals from the Solano SPCA animal shelter Saturday, as flames threatened the shelter.

Video shows officers racing into the shelter and pulling animals from their cages. In some cases, animals were loaded directly into police cars, while others were placed in crates before being loaded in vehicles.

More than 60 animals were in the shelter, according to SPCA.

Fire crews were able to halt the flames before they hit the animal shelter.

"Fire crews were still working today putting out hot spots and we are grateful for their hard work," the shelter said. "We are extremely lucky and thankful to the fire departments and police departments who were on site last night and on the front lines."