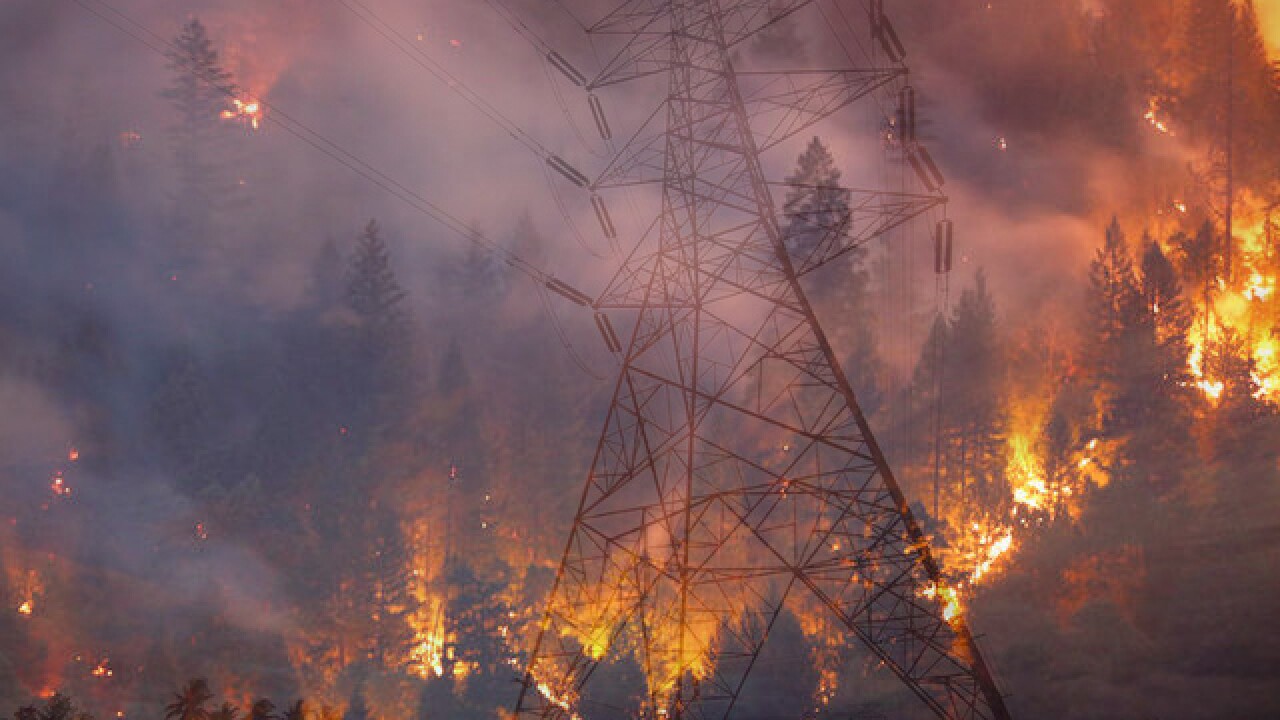 Copyright 2018 Scripps Media, Inc. All rights reserved. This material may not be published, broadcast, rewritten, or redistributed.
Terray Sylvester
REDDING, CA - JULY 30: Forest burns in the Carr Fire on July 30, 2018 west of Redding, California. Six people have died in the massive fire, which has burned over 100,000 acres and forced thousands to evacuate since it began on July 23. (Photo by Terray Sylvester/Getty Images)

SACRAMENTO, Calif. (AP) — Lawmakers Friday voted to allow power companies that start wildfires to pass the cost off to consumers.

The Assembly and Senate adjourned for the year just before midnight Friday after passing a highly-controversial bill.

They sent Governor Jerry Brown a measure that allows power companies to raise electric bills to cover the cost of lawsuits from last year's deadly wildfires, even if the utility behaved negligently.

Many of the lawmakers who voted for it said they had misgivings but believed it was necessary to prevent financial ruin for PG&E.

The company is potentially on the hook for billions of dollars if its equipment is ultimately blamed for wildfires that destroyed thousands of homes in Northern California wine country last October, the most expensive fire storm in state history.

"This is about protecting ratepayers, not helping utilities," said Sen. Bill Dodd, a Napa Democrat who helped craft the legislation. "The fact of the matter is ratepayers would be hurt in a utility bankruptcy."

The move has infuriated ratepayer advocates, who warned that the measure puts the utility on the hook for damages that haven't even been gauged yet.

"Without a doubt the cost of our changing climate will be a shared one," said Assemblyman Marc Levine, D-San Rafael. "But the costs we're talking about here — the costs of negligence— should not fall primarily on ratepayers."

The bill also would require investor-owned utilities — including PG&E, Southern California Edison and San Diego Gas & Electric — to harden their equipment so it's less likely to cause fires.