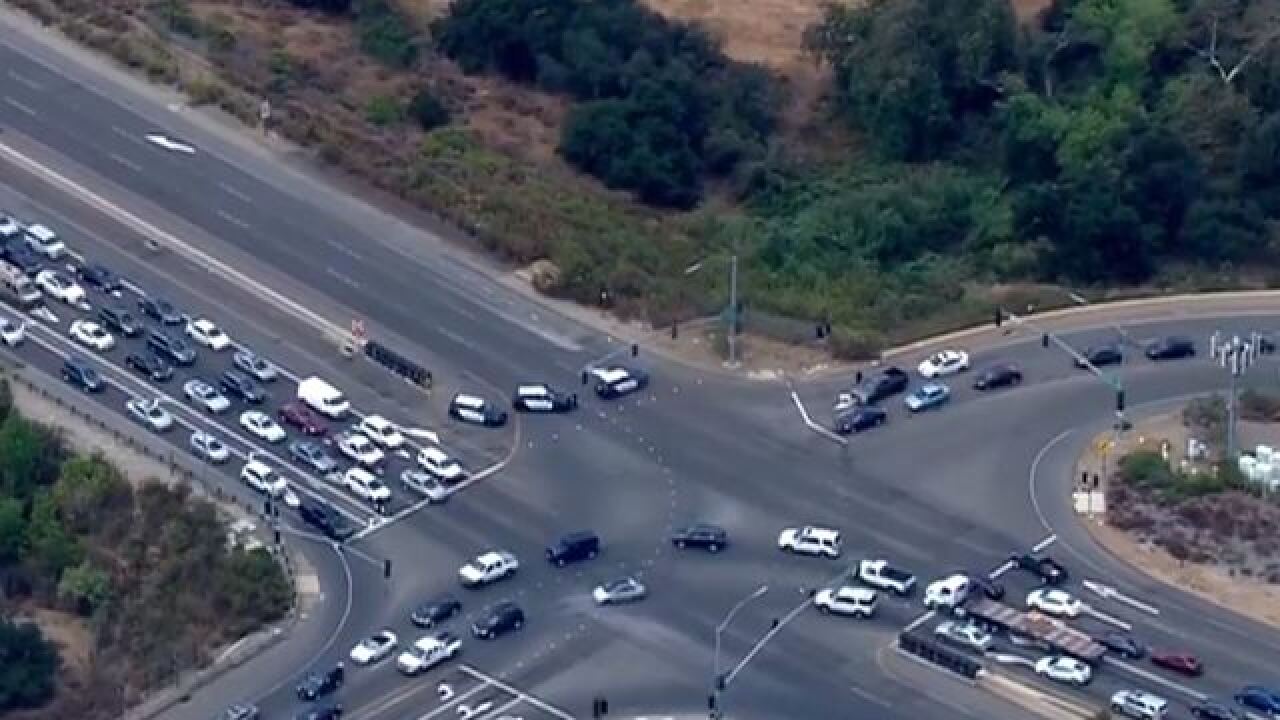 OCEANSIDE, Calif. (KGTV) - A bicyclist was struck and killed on State route 76 Thursday after they were struck by a driver with a suspended license.

Oceanside Police said the collision occurred on the westbound side of Sr-76 east of Melrose Drive just before 11 a.m. The bicyclist was struck while in the bike lane by a 2001 Honda Accord, OPD said.

Police arrived to find the victim lying in the road and began performing CPR. They were transported to Palomar Hospital with serious injuries.

Police said they later died from their injuries. Their identity was not released.

The driver, identified as Oceanside resident Felix Ruizbazan, remained at the scene. Ruizbazan was arrested by police for an outstanding misdemeanor warrant and driving on a suspended license.

The cause of the crash is under investigation. Police said alcohol does not appear to be a factor in the crash.

The crash prompted a Sig Alert in the area, as westbound Sr-76 was completely shut down at East Vista Way as crews investigated. Traffic is expected to be diverted from the area until about 2 p.m., police said.