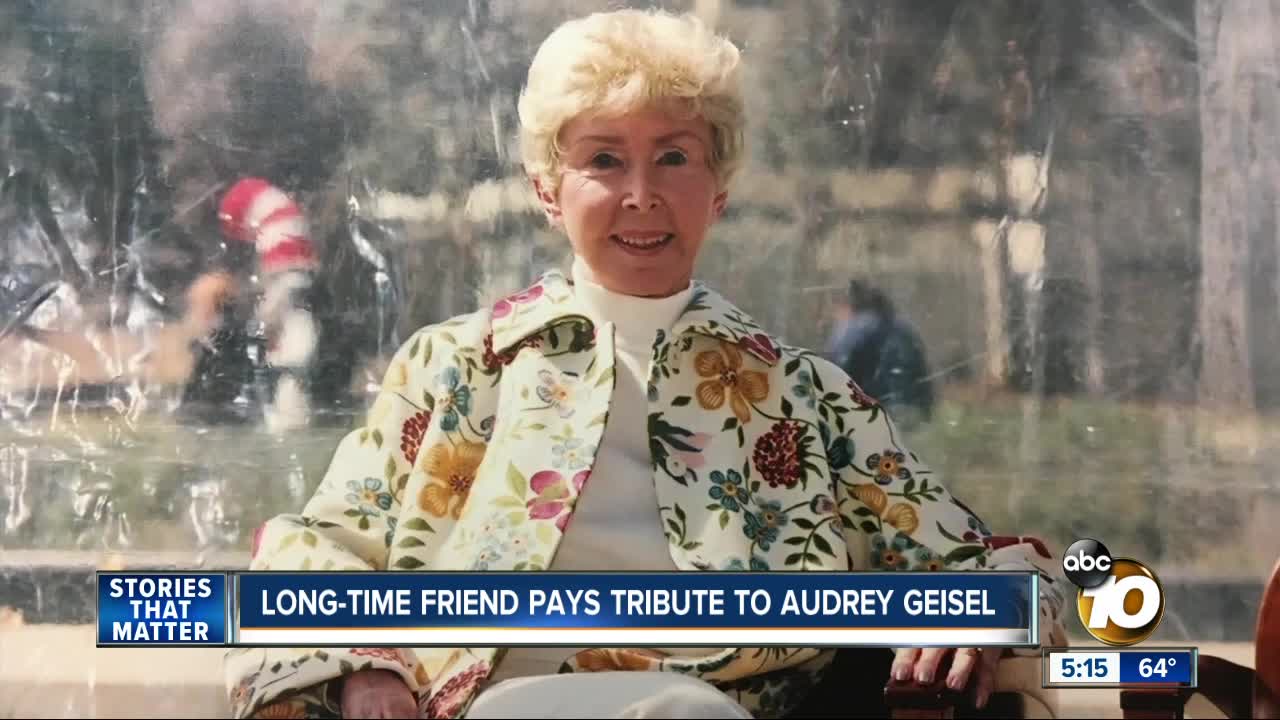 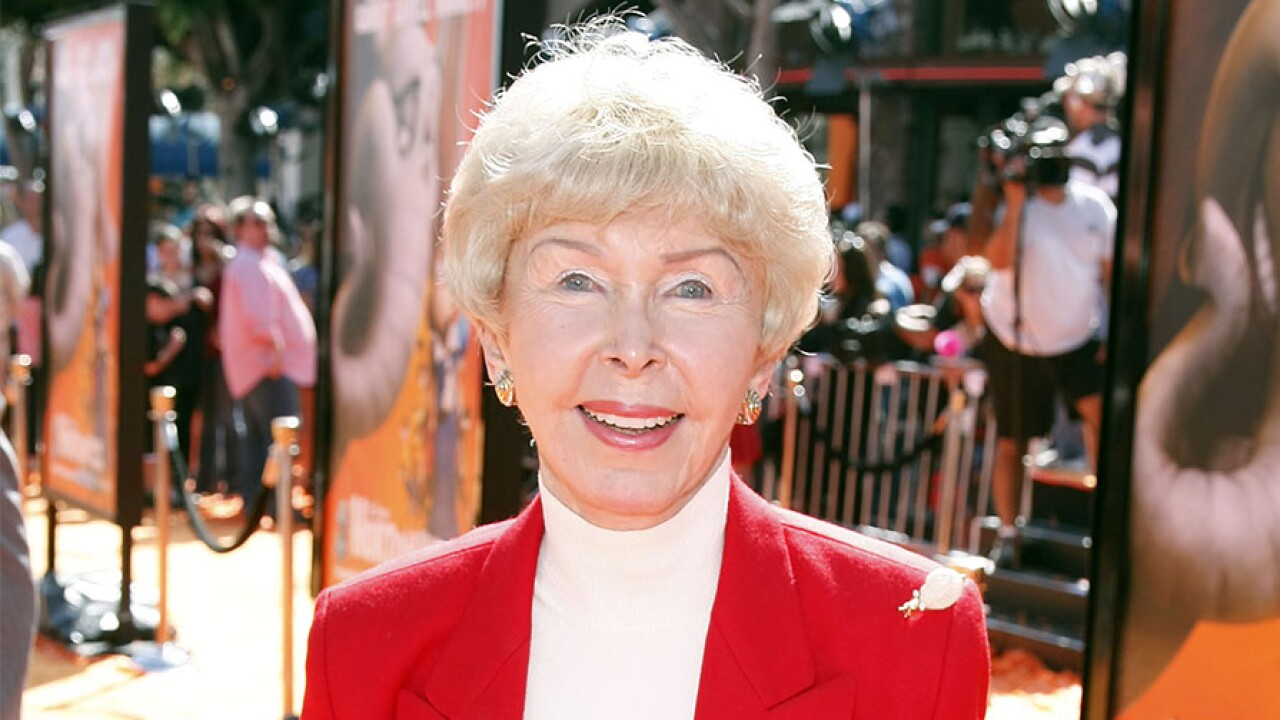 SAN DIEGO (CNS) - Audrey Geisel, the widow of Dr. Seuss and a longtime La Jolla resident, died this week at her Mount Soledad home, it was reported Friday. She was 97.

Audrey Geisel was born in Chicago in 1921 and was raised by her mother, a Norwegian immigrant, according to an obituary published in the San Diego Union-Tribune on Friday. Her father was a singer and dancer, and soon disappeared from her life. She grew up living with her mother, or family friends, or, once, in foster care.

She attended Indiana University as a nursing student, where she met her first husband, E. Grey Dimond, a pre-med student. They both worked at Massachusetts General Hospital, then moved to Kansas, where their two daughters were born, before moving to La Jolla in 1960.

"I saw that and knew I'd stay here forever," she later remarked on seeing the Pacific Ocean.

She was also a driving force behind her husband's work and its lasting impact.

"Audrey was a big force in making sure that all of Ted's work was preserved and made available for future generations and researchers," said Erik Mitchell, librarian at UCSD's Audrey Geisel Library.

Lynda Claassen, a friend of Geisel's for 30 years, said Geisel's inspiration could also be seen in the evolution of Suess' works, which show a stark switch from gray tones to brighter colors in the 1960s.

"After his union with Audrey you see a lot more color, maybe sort of a lighter tone to some of her works," Claassen said. "Her personality was like that."

Audrey Geisel married Theodor "Dr. Seuss" Geisel in 1968. He published 20 books during their more than two decades of marriage, including "The Lorax" and "Oh, the Places You'll Go."

She is sometimes credited with moving his work more in the direction of social issues through books such as "The Lorax," which has environmental themes, and the "The Butter Battle Book," an anti-war story, the San Diego Union-Tribune reported. She would tell Geisel he wasn't just writing for children any more; the kids he first entertained had grown up and were now reading his stories to their own offspring.

She also had a hand in discovering lost Seuss manuscripts as she went through the mountain of material he left behind in desk drawers and closets. That led to the publication of "What Pet Should I Get?" in 2015.

Theodor Geisel died in 1991, and his widow spent the next decades shepherding his legacy and donating to institutions he supported, including the San Diego Zoo and UC San Diego -- where the Geisel Library is named after the two.