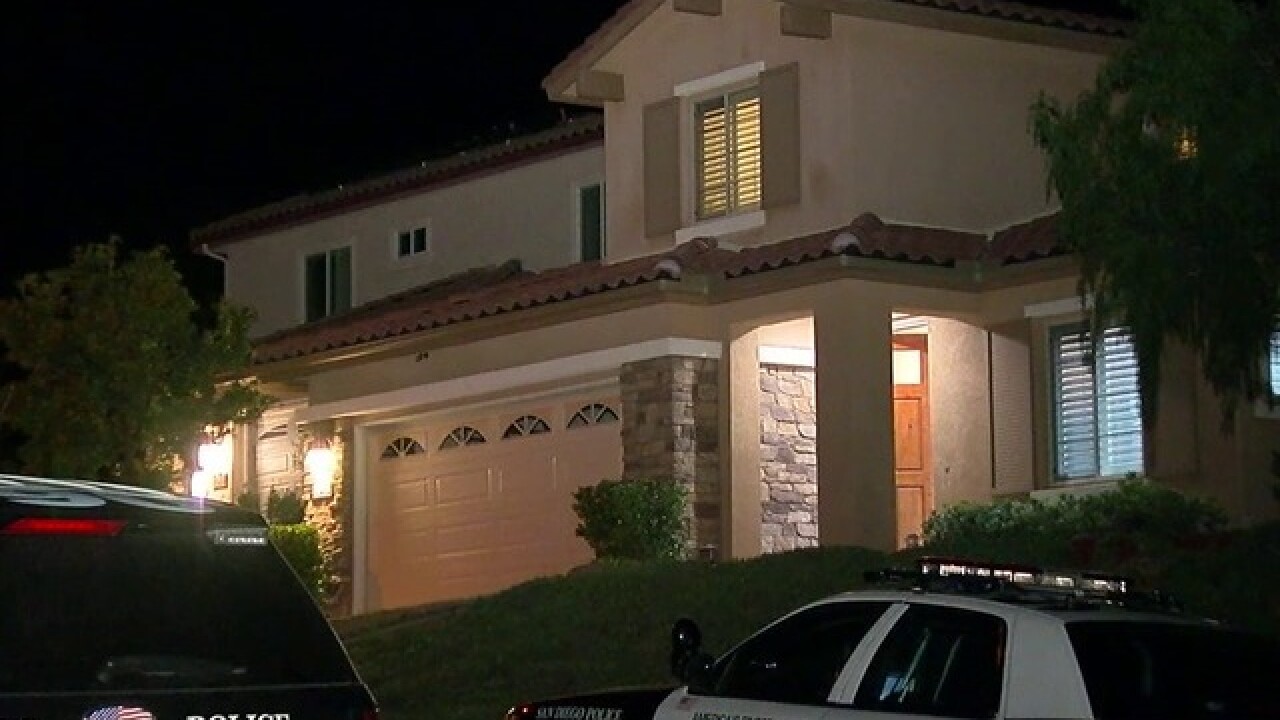 RANCHO BERNARDO, Calif. – Police are searching for three people who broke into a Rancho Bernardo home early Friday morning, tied up two people and fled with jewelry and cash.

The home invasion robbery occurred before 3:30 a.m. in the 11400 block of Aliento Court.

According to a San Diego police spokesperson, the trio broke into the home through a side garage. One of them was armed with a handgun, and all three had lights attached on their heads. They demanded cash and jewelry before tying up the two victims with shoestrings and fleeing. No one was hurt.

The victims were able to loosen their ties and run to a neighbor's house for help.

The robbers had their faces covered and police did not have a clear suspect description.

On Jan. 29, a Scripps Ranch family was tied up and held at gunpoint by three suspects while their home was ransacked. Police are investigating whether these two incidents are related.

Neighbor Darel Ison was surprised at the break-in on his street.

"It's kind of an eye-opener; that no matter where you live, even if you're on what you think is a nice, safe suburban neighborhood, there's still bad things that can happen," Ison said.