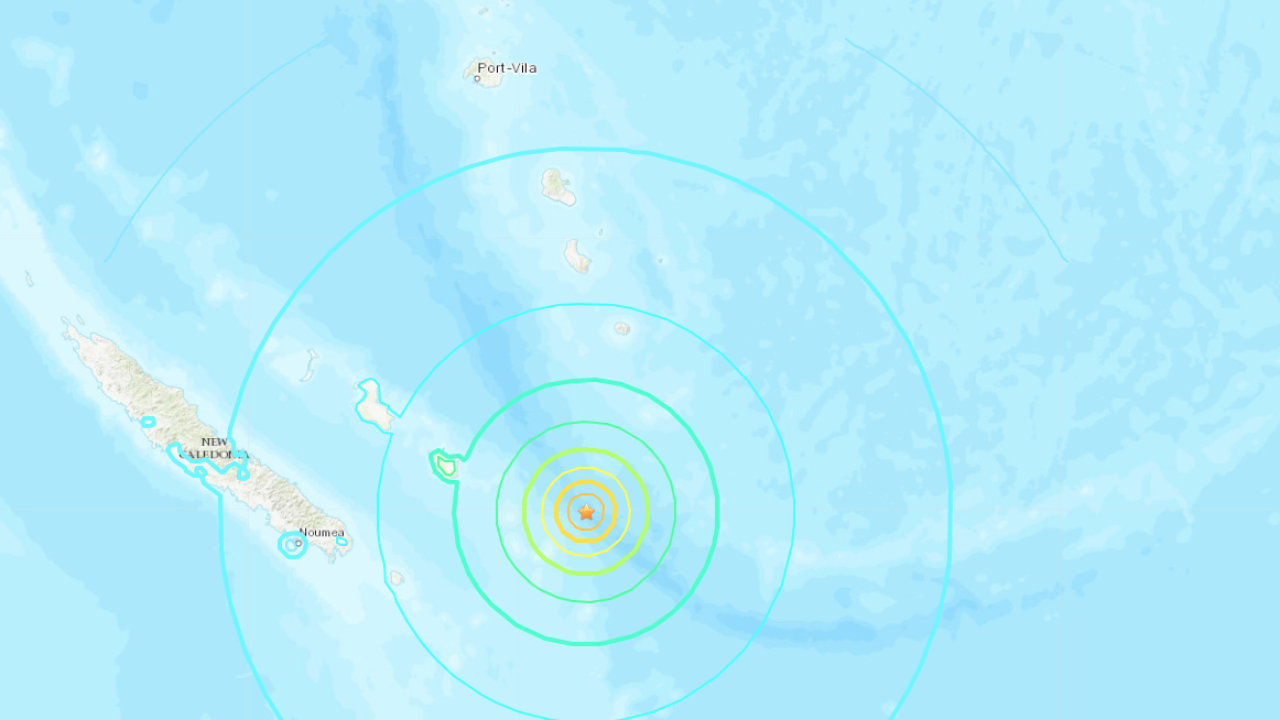 The earthquake had a preliminary magnitude of 7.5 and rattled the area just after 8 p.m., according to the United States Geological Survey.

According to the USGS, waves between three and nine feet above the tide level are possible along some coasts of New Caledonia and Vanuatu.

Waves between one and three feet above the tide level are possible along the coast of Fiji.

New Caledonia is a French territory in the South Pacific. See the map below for its exact location: