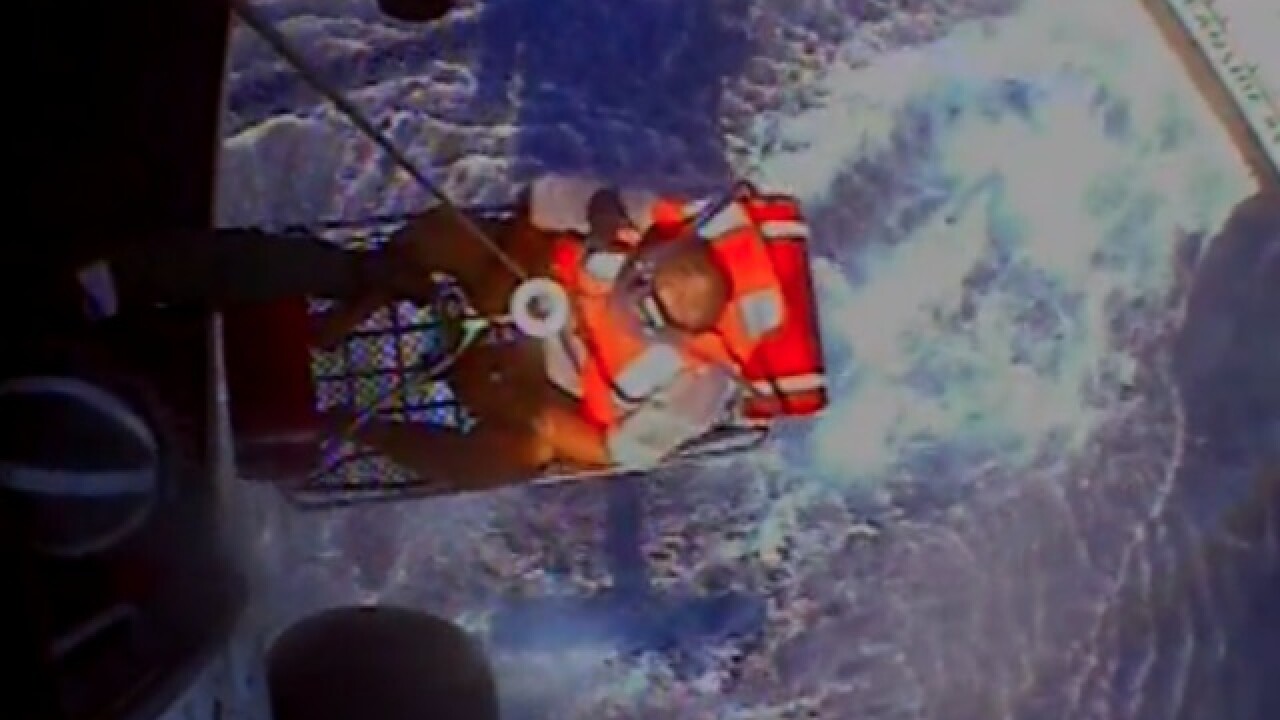 SAN DIEGO (KGTV) – The Coast Guard Tuesday rescued a 62-year-old man from a fishing boat 72 miles off the coast of San Diego.

The crew of the 95-foot boat, called the ‘Oceanside 95,” called the Coast Guard around 11:30 a.m. requesting assistance for a passenger experiencing symptoms of a stroke.

Crews arrived on scene around 2:45 p.m. and were able to hoist the man into the Jayhawk helicopter when he was taken to the hospital.

The man is said to be in stable condition. Watch video of the rescue in the player below: