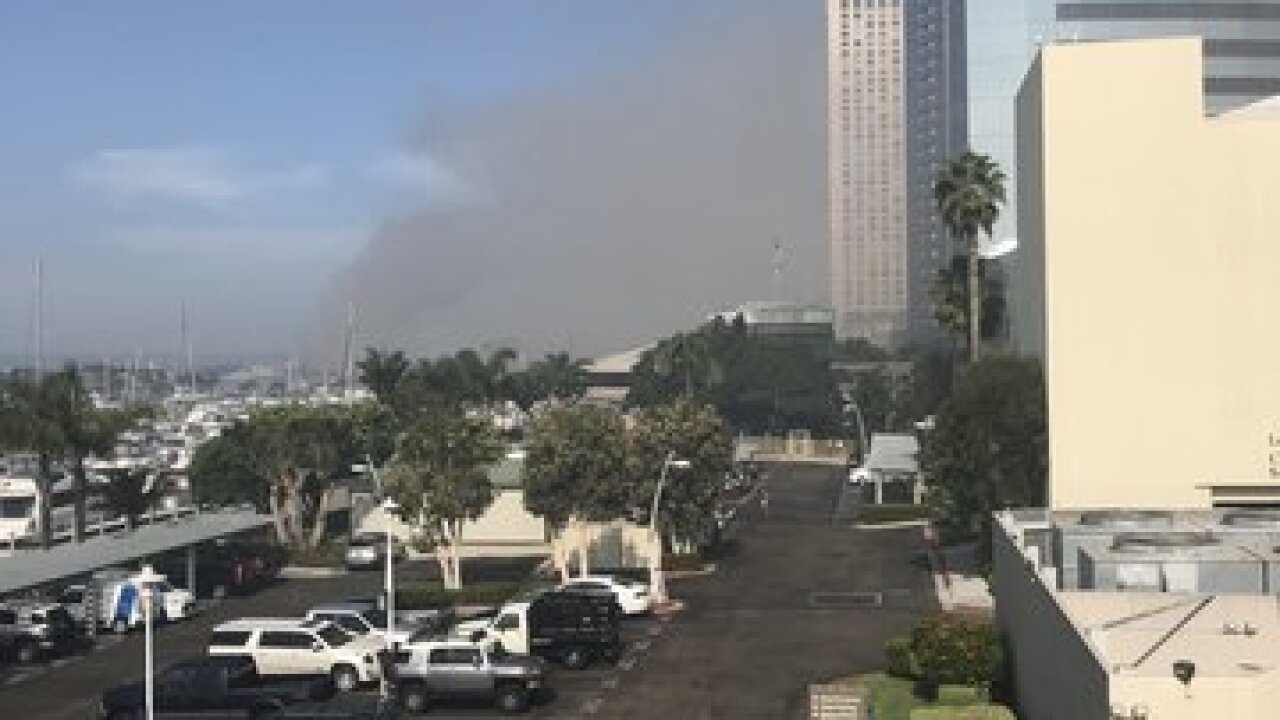 Copyright 2017 Scripps Media, Inc. All rights reserved. This material may not be published, broadcast, rewritten, or redistributed.
Credit: Geri Koenig 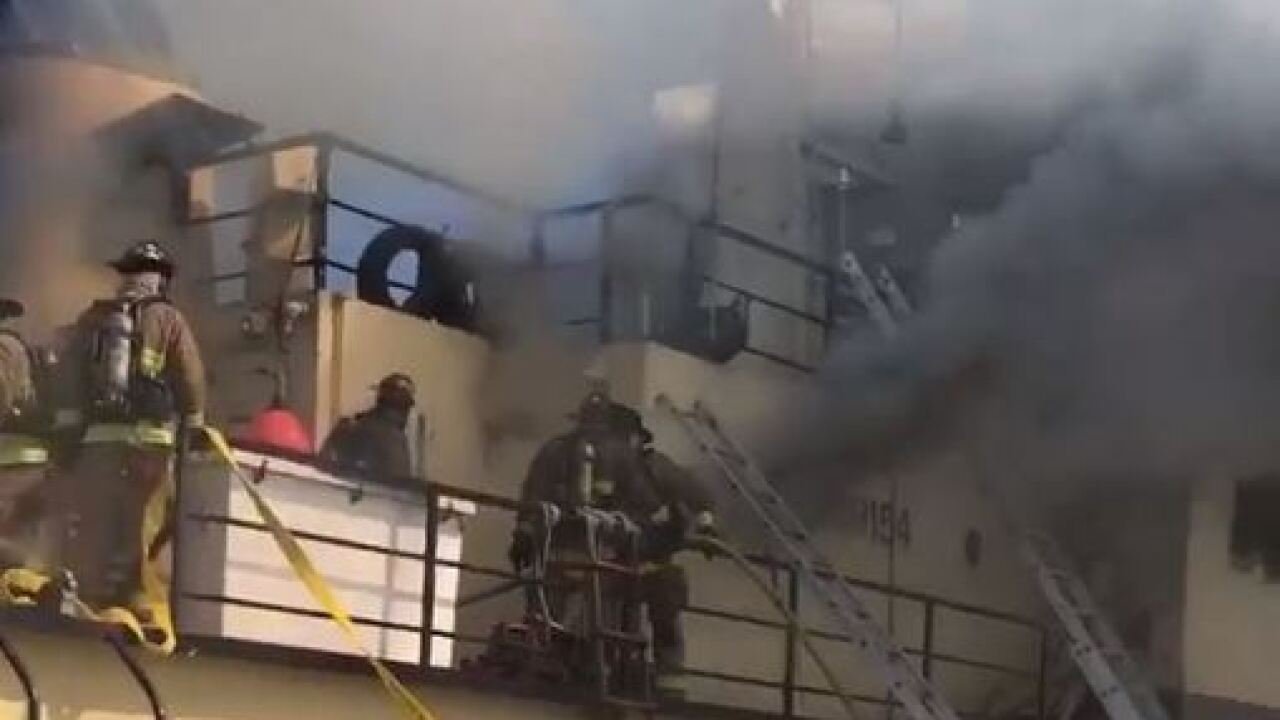 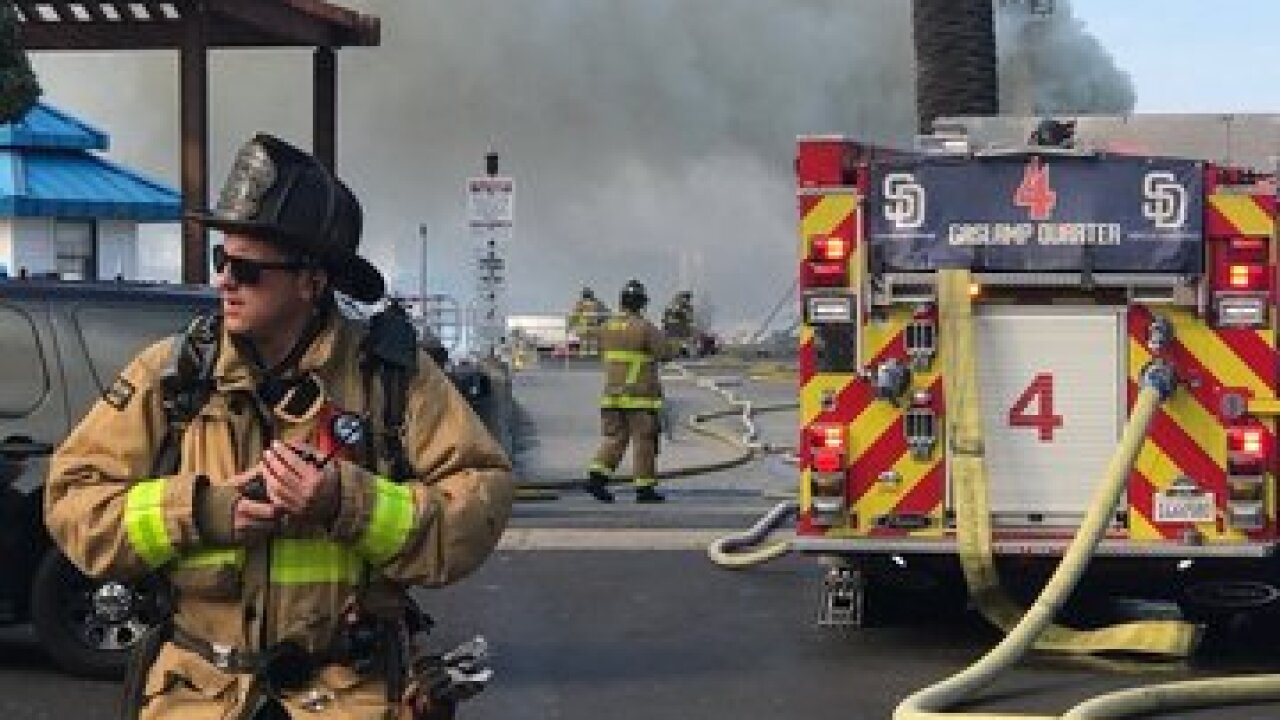 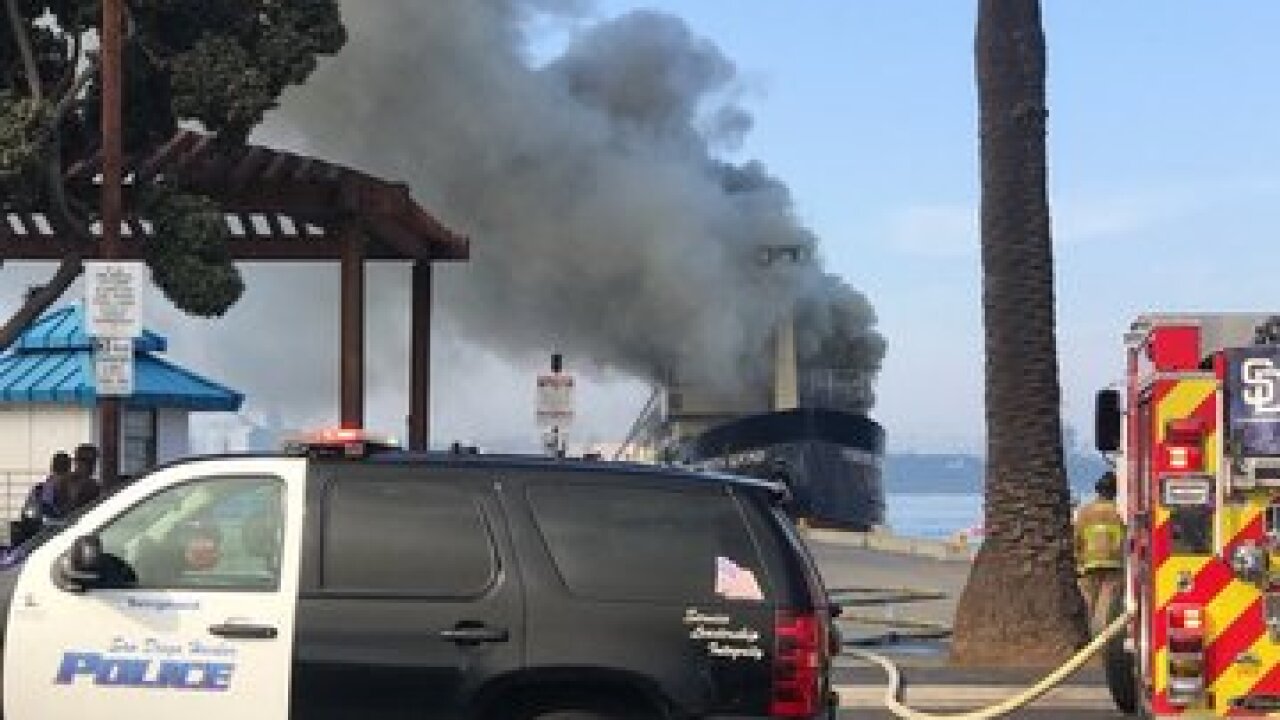 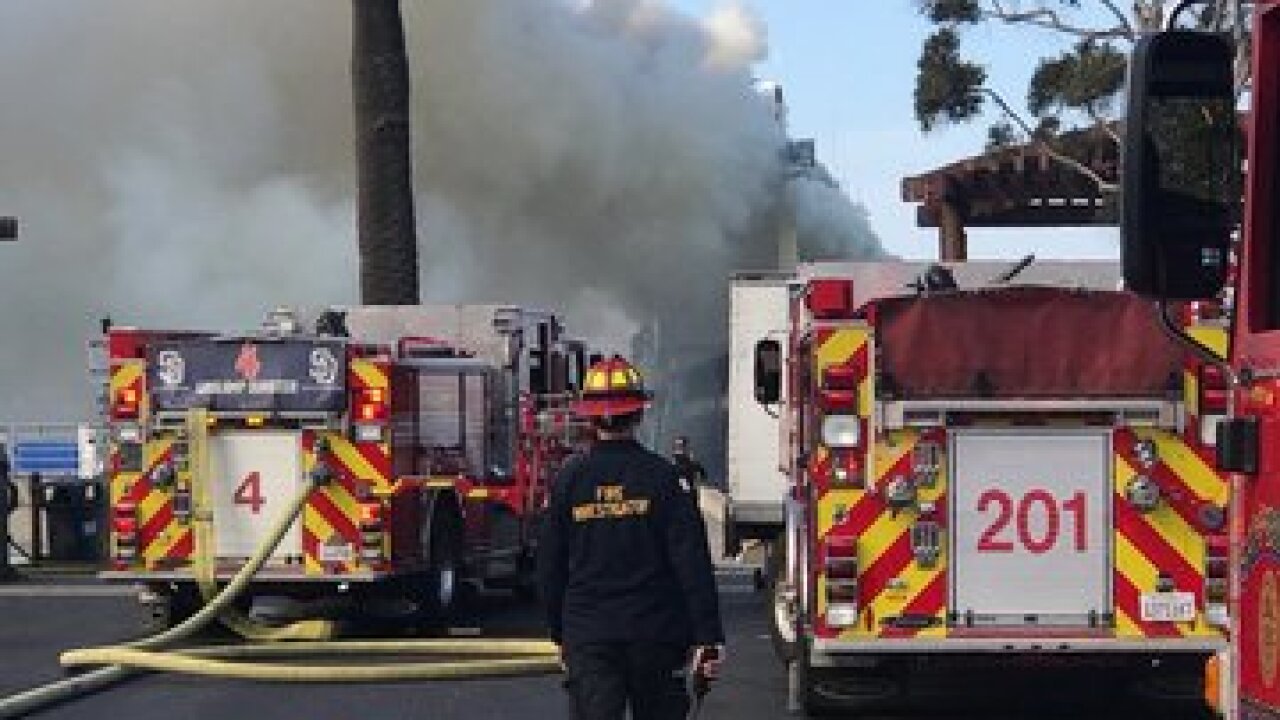 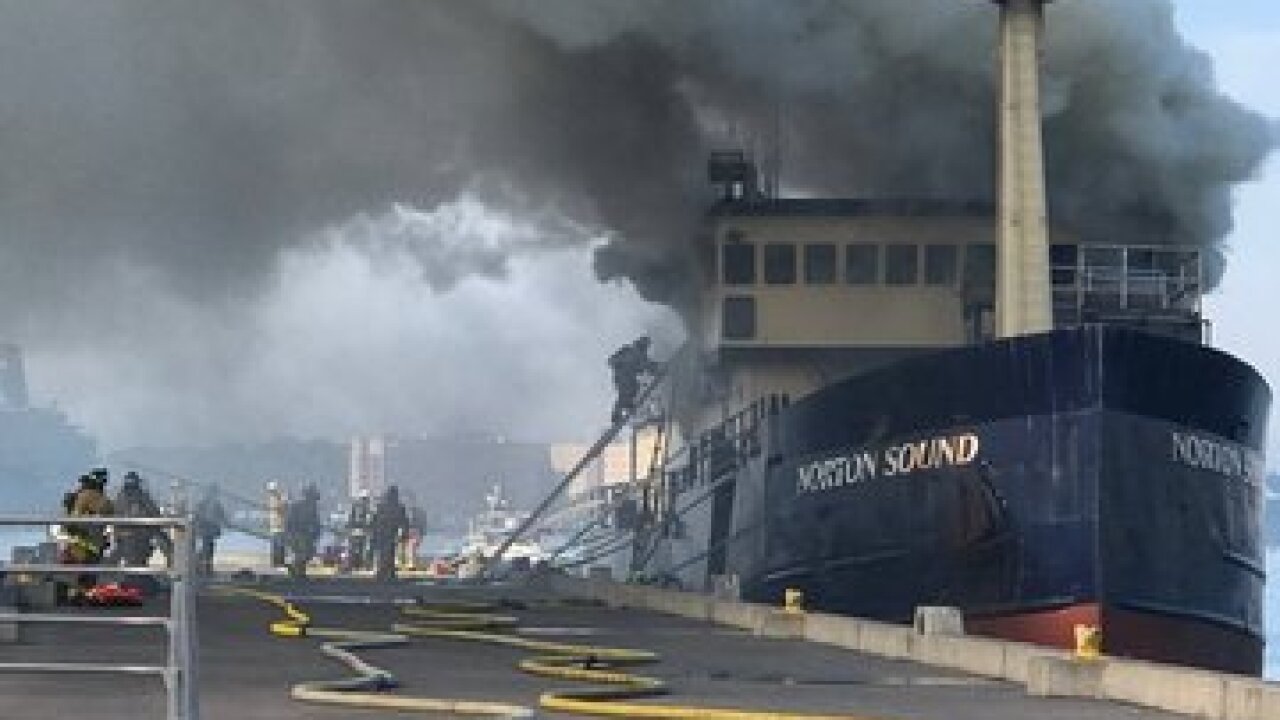 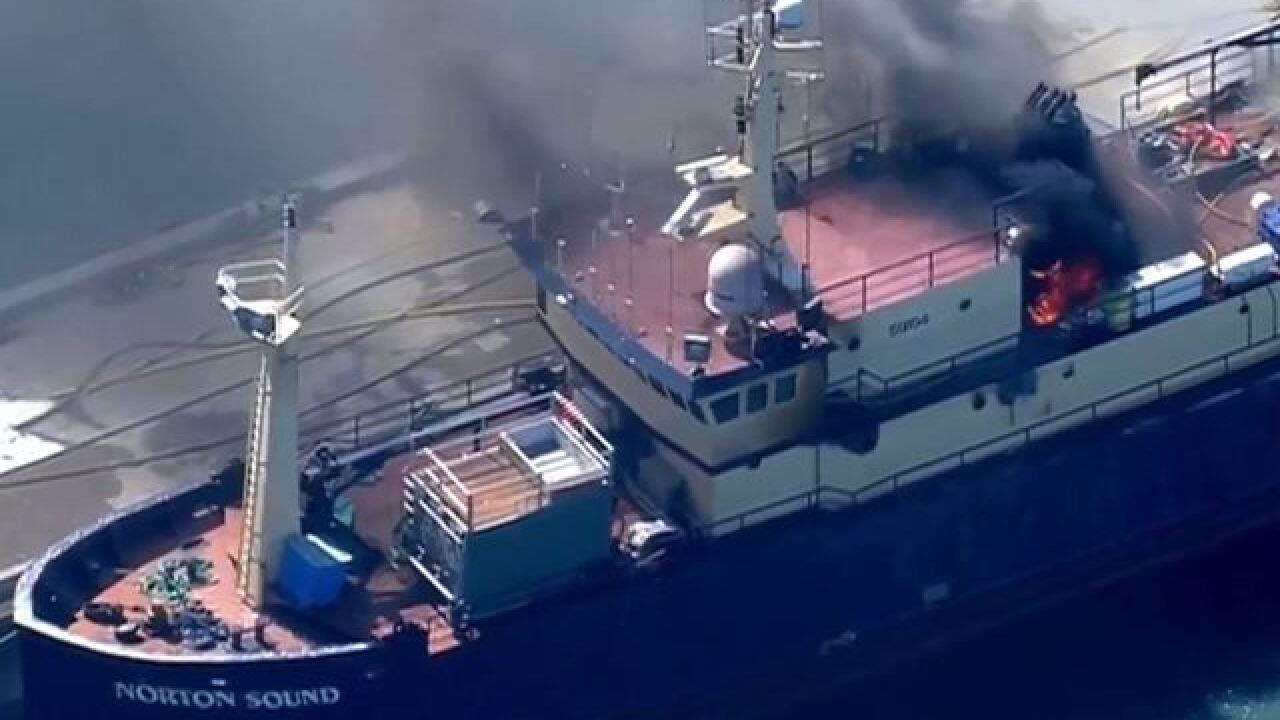 SAN DIEGO (KGTV) - The two-person crew of a 120-foot fishing vessel is missing after a fire that sent smoke over the San Diego Harbor area early Friday.

San Diego Fire Chief Brian Fennessy was nearby at the USS Midway Museum and reported the fire. Crews from U.S. Coast Guard San Diego, San Diego Harbor Police, and San Diego Fire responded to 750 North Harbor Drive near G Street, around 9:30 a.m. The fire was contained to the vessel "Norton Sound" as it was docked in the bay.

No injuries have been reported and crews are working to determine if anyone was on the ship when the fire began. The blaze began as a two-alarm fire, before growing to a three-alarm fire and forcing firefighters off the vessel.

A fire captain at the scene told 10News crews plan to let the fire burn out on the vessel, which could take between 40 and 50 hours.

The ship's owner is in Ensenada and was transitioning the ship from research to fishing vessel.

This is a breaking news story. Stay with 10News as more information becomes available.

Crews making entry to determine if anyone is aboard. US Coast Guard and Harbor PD on scene along with our crews. pic.twitter.com/A3eVxzxVTY

#Fire on the SD Bay, over by the Hyatt pic.twitter.com/KsvI0nuT6s

Huge Fire ? on a ship ? right outside our hotel this morning... the brace men and women of the SDFD were on site very quickly ????‍??

The boat, the boat. The boat is on fire. #BreakOutAnotherThousand #smokeonthewater