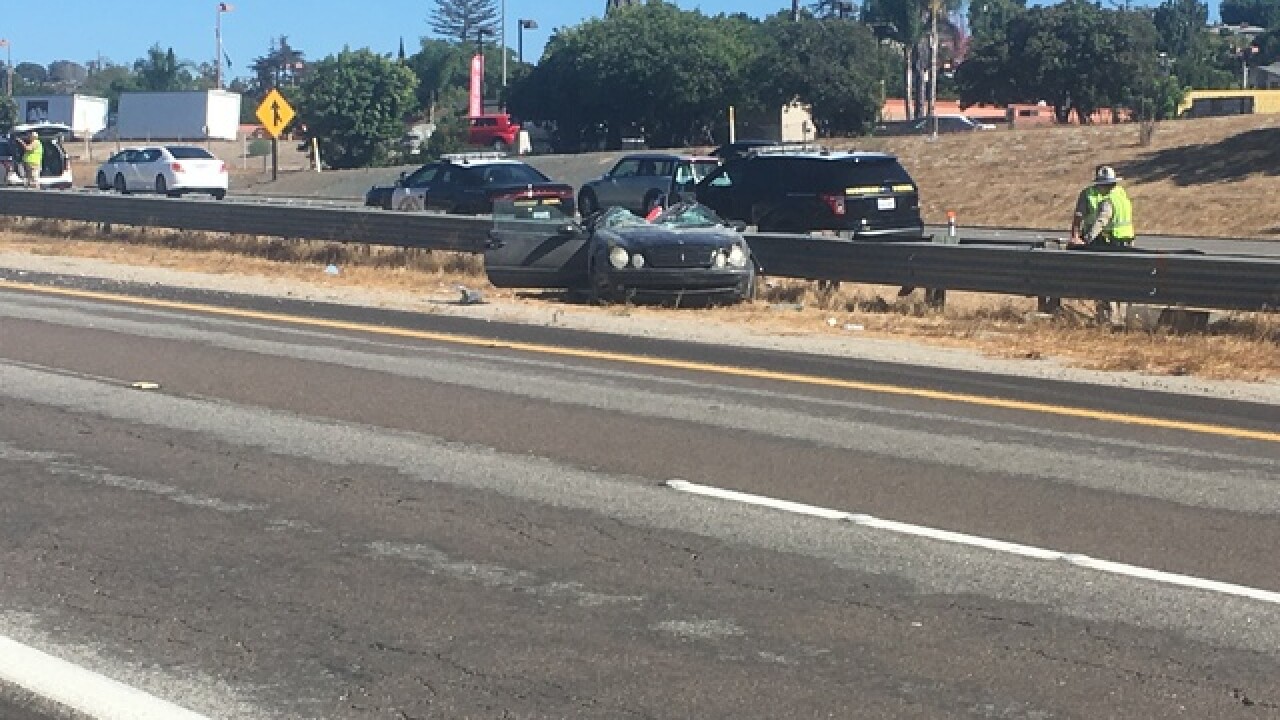 Copyright 2018 Scripps Media, Inc. All rights reserved. This material may not be published, broadcast, rewritten, or redistributed.
<p>(KGTV)</p> 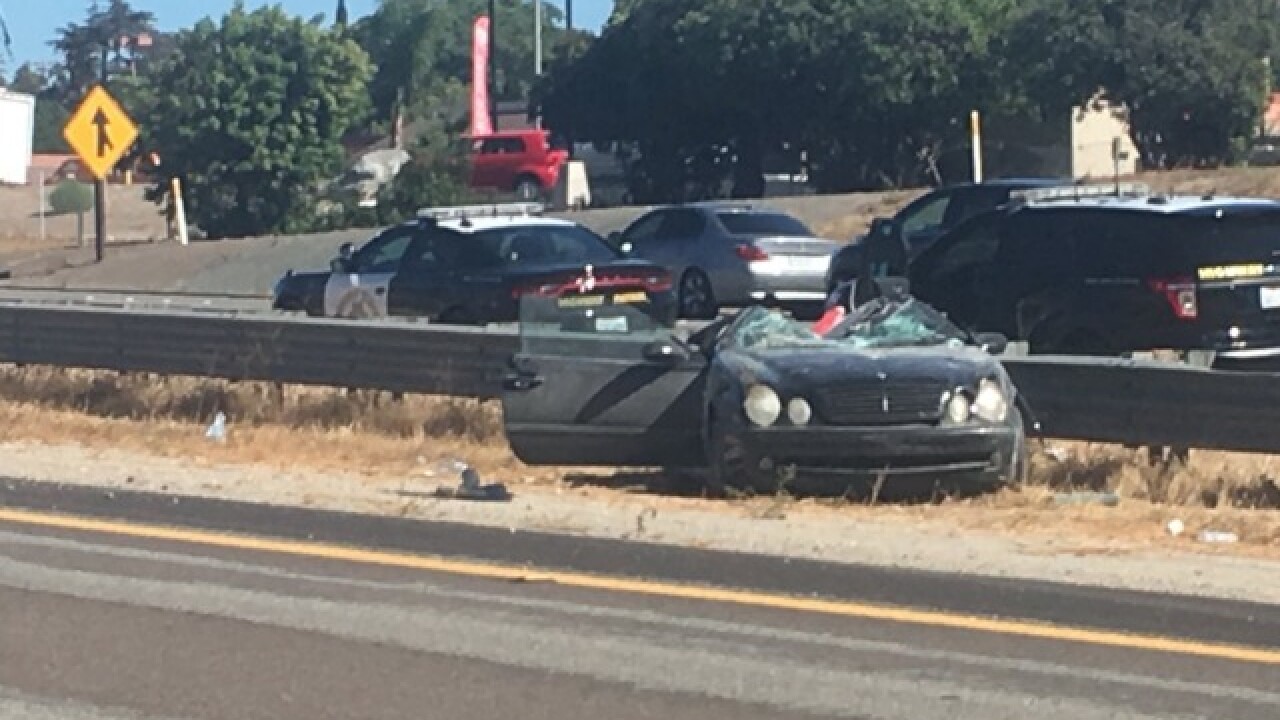 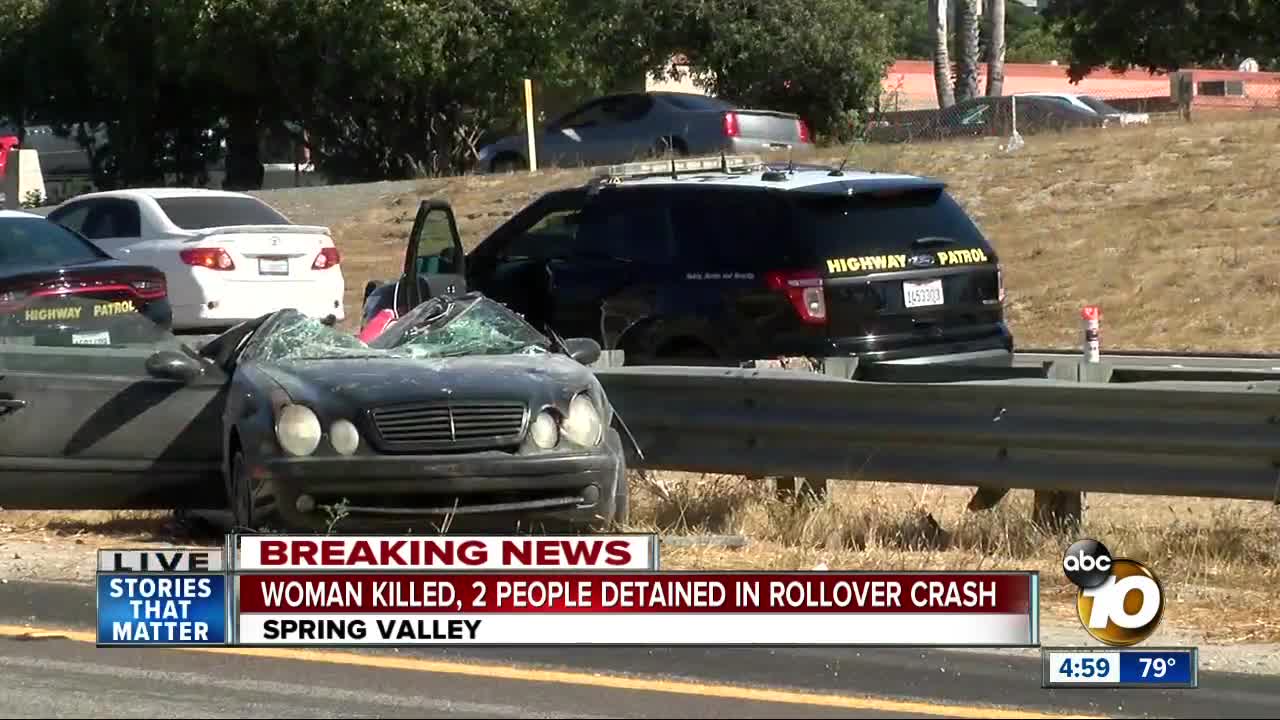 SPRING VALLEY, Calif. (KGTV) - A male driver left the scene of a rollover crash that killed a woman and injured a third passenger in the vehicle on Highway 94 in Spring Valley Monday, according to the San Miguel Fire-Rescue Department.

The Mercedes-Benz was traveling east on SR-94 and crossed the center divider at Sweetwater Springs Boulevard about 2 p.m., said Battalion Chief Andy Lawler.

The car rolled over and stopped in the westbound lanes with significant damage to the roof.

“To survive something like that would be difficult,” Lawler said of the crash.

A woman who had been sitting unrestrained on the center console between the driver and passenger seats became trapped. She was taken to Sharp Memorial Hospital but died from her injuries.

The CHP said the man who was driving, 27-year-old Rene Ruiz, left the scene of the crash along with the female passenger who had been in the right front seat.

CHP officers and San Diego County Sheriff's deputies established a perimeter and found Ruiz and the woman hiding in a canyon 45 minutes after the crash. The woman and Ruiz were both suffering from injuries and taken to the hospital.

Ruiz is charged with felony manslaughter, felony hit and run, and felony DUI drugs, according to the CHP.