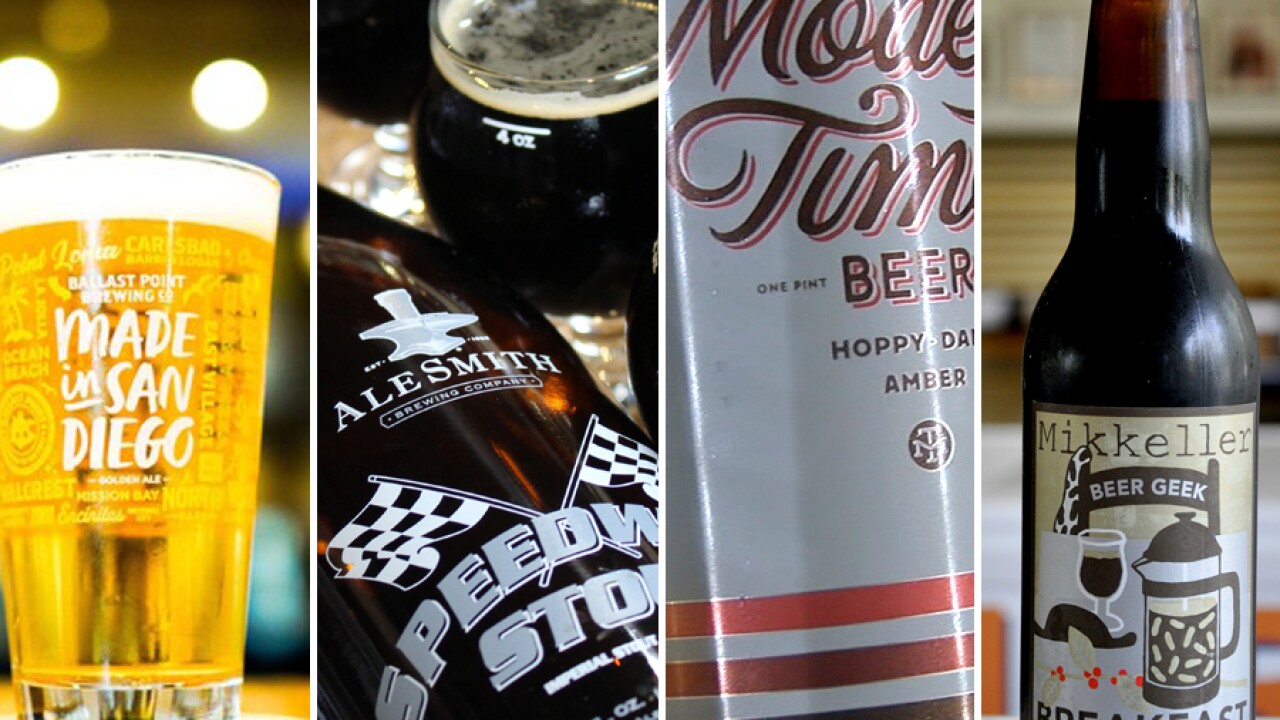 SAN DIEGO (KGTV) — San Diego beer fans have the pleasure of knowing that what they're sipping ranks with the best of brews.

The annual best brewers in the world ratings are based on performance ratings over the last four years.

"It is a special honor to be recognized as the sixth Best Brewery in the World, since the RateBeer Awards are generated from actual consumer reviews," said AleSmith CEO Peter Zien. "To be one of the oldest breweries in San Diego, celebrating our 25th year in business, and to receive a ‘Top 10’ designation for the 19th consecutive year, is a real testament to the team we have working at AleSmith."

RateBeer collects beer ratings from users around the world, reporting data on aroma, appearance, taste, mouthfeel and overall characteristics of beers. Those ratings are weighed depending on the quality the user.

Fans of the seven brewers already know the variety of delicious beers they offer, but for anyone just starting to dip into craft beer here's what to expect: