San Diego's Whaley House: Tour one of America's most haunted homes this October 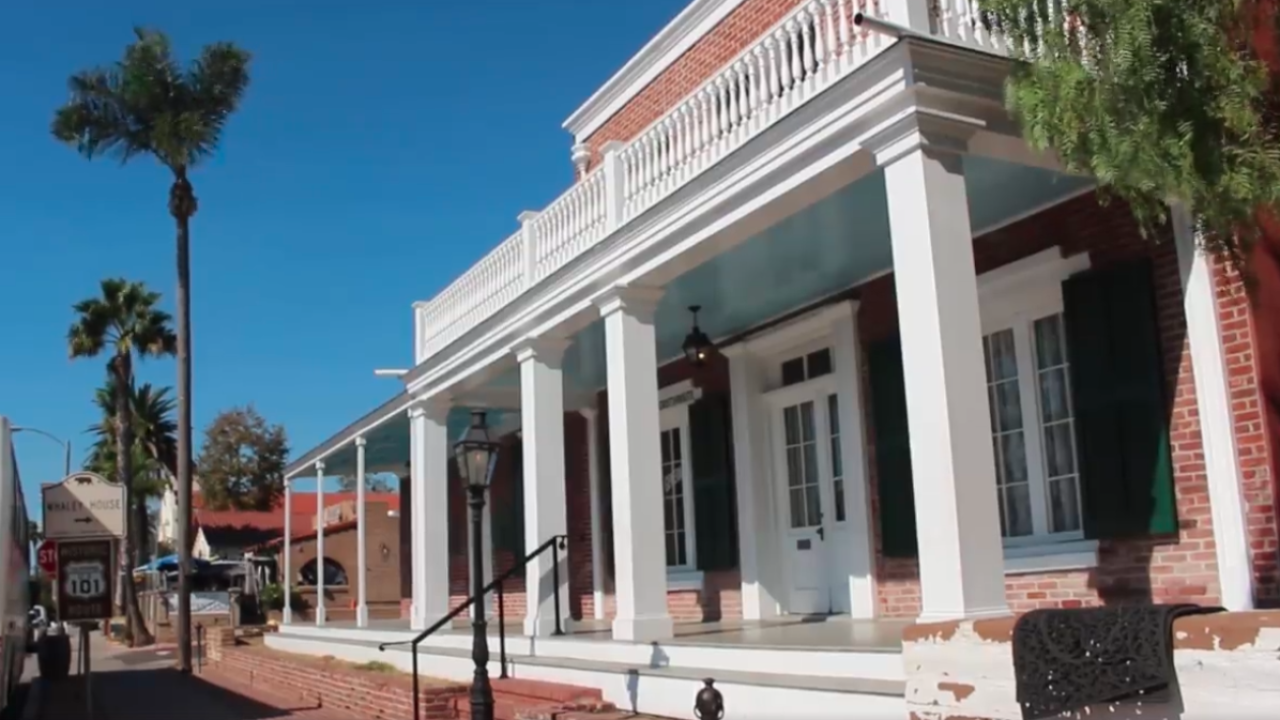 SAN DIEGO (KGTV) — This month, Old Town's Whaley House Museum will open its doors for extended hours and invite guests in for a night of haunts and history.

Every October, visitors can stop by during the museum's extended hours. This month, they take place Oct. 24 - 31.

While the iconic San Diego home is at the center of several ghost stories and sightings, an enormous amount of important history rests on the grounds.

The Whaley House was originally started as a storage house, or granary, that would eventually become a courtroom. The two-story home and store addition was added in 1857 by Thomas Whaley. It was the first two-story brick edifice in San Diego and built using bricks made in Whaley's brickyard.

The house operated as one of the first stores in the Old Town area and at one time was Whaley's home, a courtroom, a general store, and a theater simultaneously.

While the store served the community in multiple ways during the 1800s, it seems its residents of one of the most haunted homes in America have stayed behind to watch over the grounds.

During tours, museum guides will explore the stories of Whaley; his wife, Anna; their children, Violet and Tommie; and "Yankee" Jim Robinson — all of whom are believed to still be at the home in some form.

"Yankee Jim" was hanged on the grounds in 1852. Guests have reported heavy footsteps and windows being unlatched and opened — even Whaley himself. Others reported seeing Whaley on the home's upper landing, and a full apparition of Anna in the downstairs rooms or garden.

Tickets for Halloween tours are $10 for adults and $8 for children, seniors, and military members. Children under 5 can get in for free. Special after-hours tours on Halloween from 7 p.m. to midnight are also available for $15.