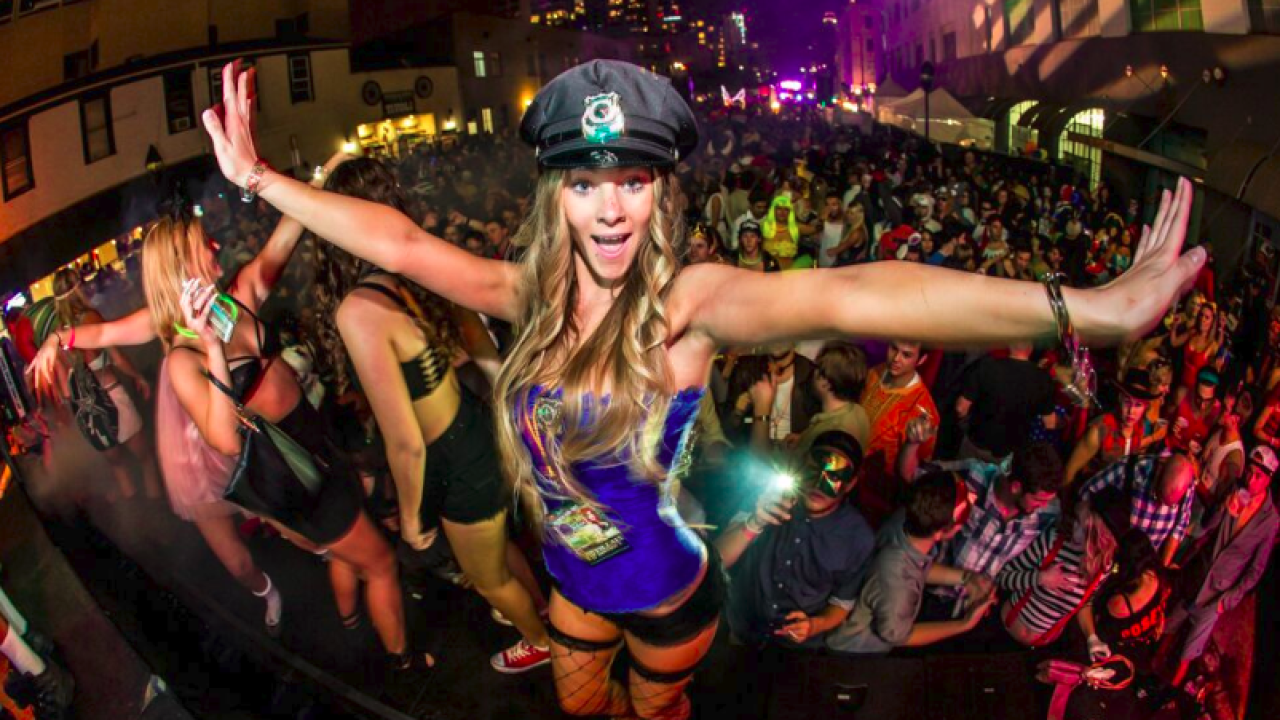 Pub crawls, concerts, and cruises are all in the mix as the region's 21-and-older crowd head out in their own costumes and dance the holiday away.

Whether you're jumping into the massive WCKD Village party or limping through a zombie crawl, there's a party for you.

San Diego Zombie Crawl (Oct. 25 - 31): One ticket to the San Diego Zombie Crawl grants guests access to five days of fun at more than 20 parties throughout the Gaslamp District. Day 1-3 celebrate the Halloween season with some wicked parties downtown, while the second weekend will celebrate Dia de los Muertos. Guests get the welcome shots, access to the crawl's finale party, exclusive food and drink specials.

Halloween Boo's Cruise (Oct. 27): Radio stations Z90 and 91X host multiple DJs on board Hornblower Cruises for a 2.5 hour trip around San Diego Bay, featuring costume contests, drink specials, and views of the San Diego skyline during a party on the bay.