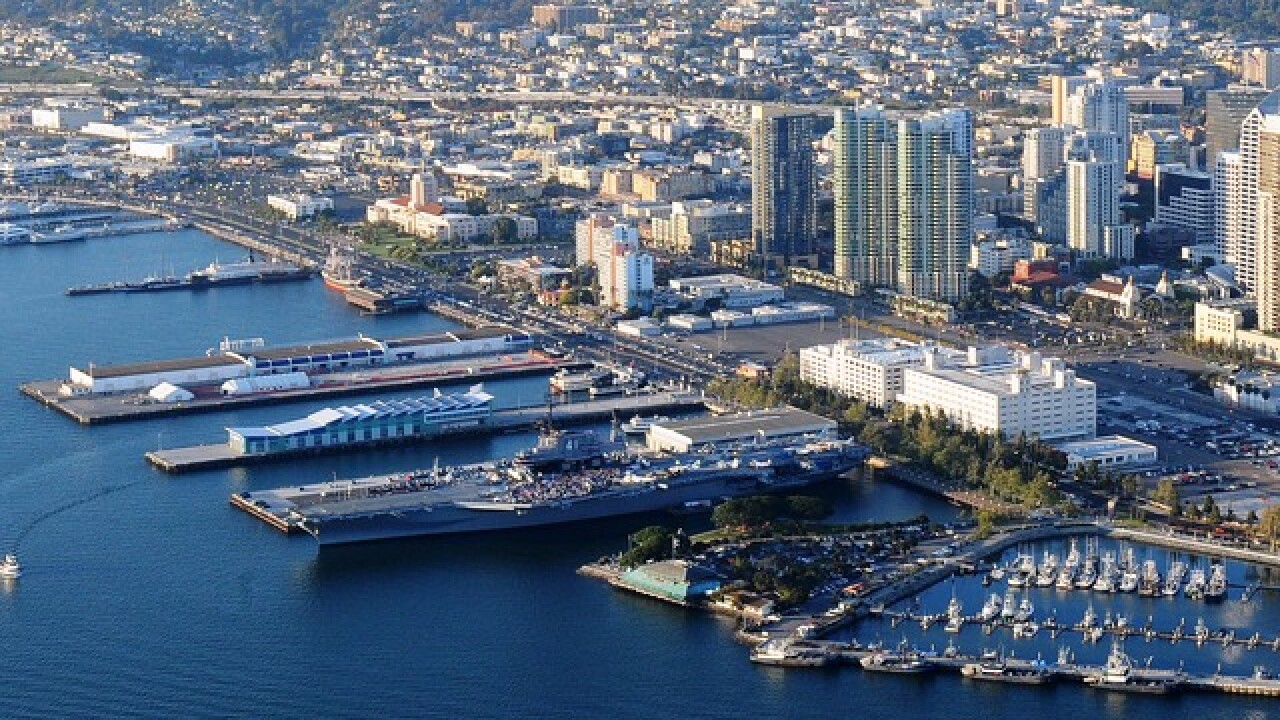 Copyright 2018 Scripps Media, Inc. All rights reserved. This material may not be published, broadcast, rewritten, or redistributed.
MC2(AW/SW/EXW) Roland Franklin

SAN DIEGO (KGTV) — The USS Midway has sat in San Diego Bay for more than a decade as a testament to the historic USS Midway and the legacy of men and women who serve in the armed forces.

And it's a legacy that's well-received by museum guests.

Travel website Trip Advisor recently compiled its list of best museums around the country, based on user reviews. The USS Midway Museum has been reviewed more than 21,000 times by visitors, with 96 percent of those as a four-star review or higher.

"It’s a remarkable achievement in only 14 years," said USS Midway marketing director Scott McGaugh. "Made possible by nearly 800 active San Diego volunteers who donate a quarter million hours a year to the museum. That support, along with donors, staff and 22,000 museum members, has fueled Midway’s growth and national reputation."

The Midway was America's longest-serving aircraft carrier in the 20th century. After it was decommissioned in 1992 in San Diego, the vessel remained in storage in Bremerton, Wash.

In 2003, the Midway was donated to the San Diego Aircraft Carrier Museum organization and opened to the public in its current form a year later.

Guests who visit the Midway can explore 10 acres of exhibits, displays, restored aircraft, and flight simulators. The museum also hosts special events on its deck, including movie nights, military events and tributes, and more.

The top museums in the U.S. ranked by Trip Advisor were:

The USS Midway ranked just ahead of the National Air and Space Museum, better known as the Smithsonian, in Washington, D.C.