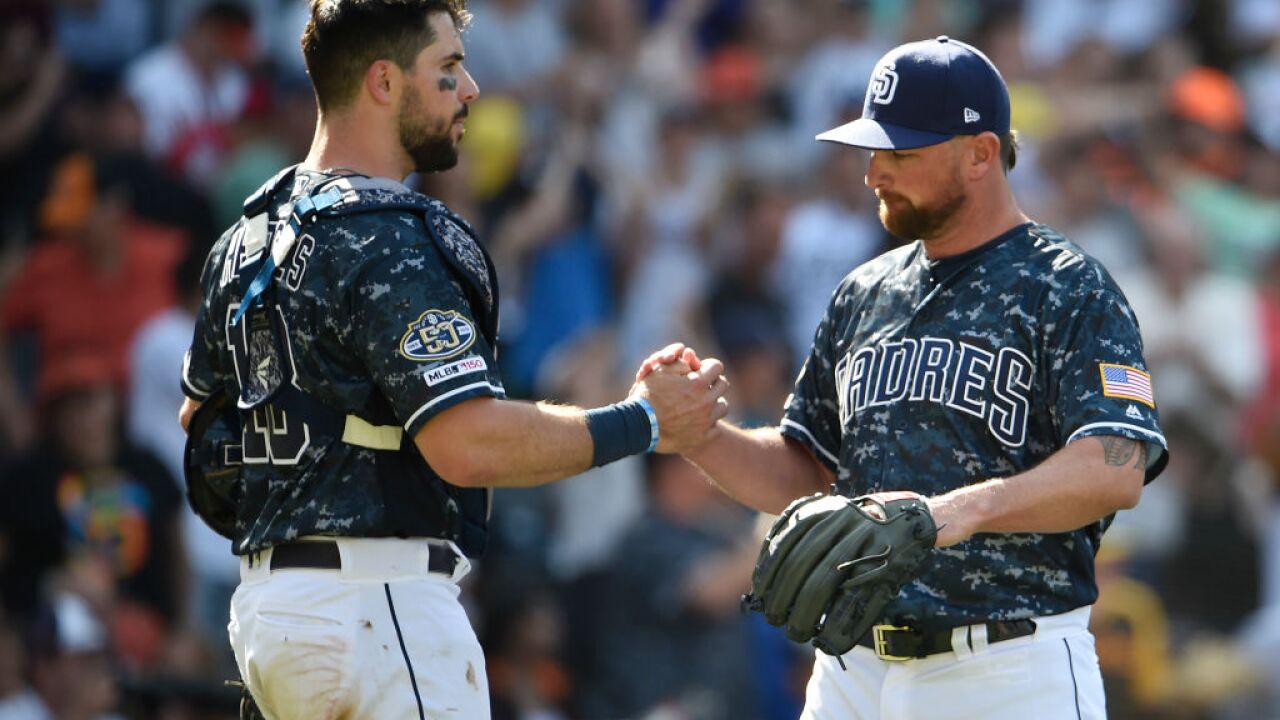 SAN DIEGO (KGTV) — Military members and their families can enjoy a day at one of America's finest ballparks at a discount this season.

As part of their season-long Military Appreciation promotion, the San Diego Padres offer special discounts to games for military members and their families.

What better way to enjoy the summer months with family than a day out at Petco Park with a little extra green in your pocket, right?

RELATED: Breweries to visit before, after the ballgame downtown

Service members and their families can save 25% on tickets to home games and 50% on these Sunday Military Appreciation games, which celebrate a different military theme every Sunday:

Service members must verify their government identification through GovX on the Padres website here in order to purchase the discounted tickets.

The Padres also offer veterans the special pricing through the team's "Veterans' Appreciation Card" program. To learn more about that program, click here.

The promotion continues the team's longstanding tradition of honoring the military. According to the Padres, their efforts started in 1995 with the establishment of the Padres' Military Affairs Department, the first in professional sports.

The players themselves also model the team's appreciation in military-inspired camouflage uniforms every Sunday home game.

Petco Park also features a special salute to the military through their Flight Deck area behind right field. The space includes a Military Honor Wall, which pays tribute to all MLB and Negro League baseball players who served, and is accompanied by a large scale model of the USS Midway.