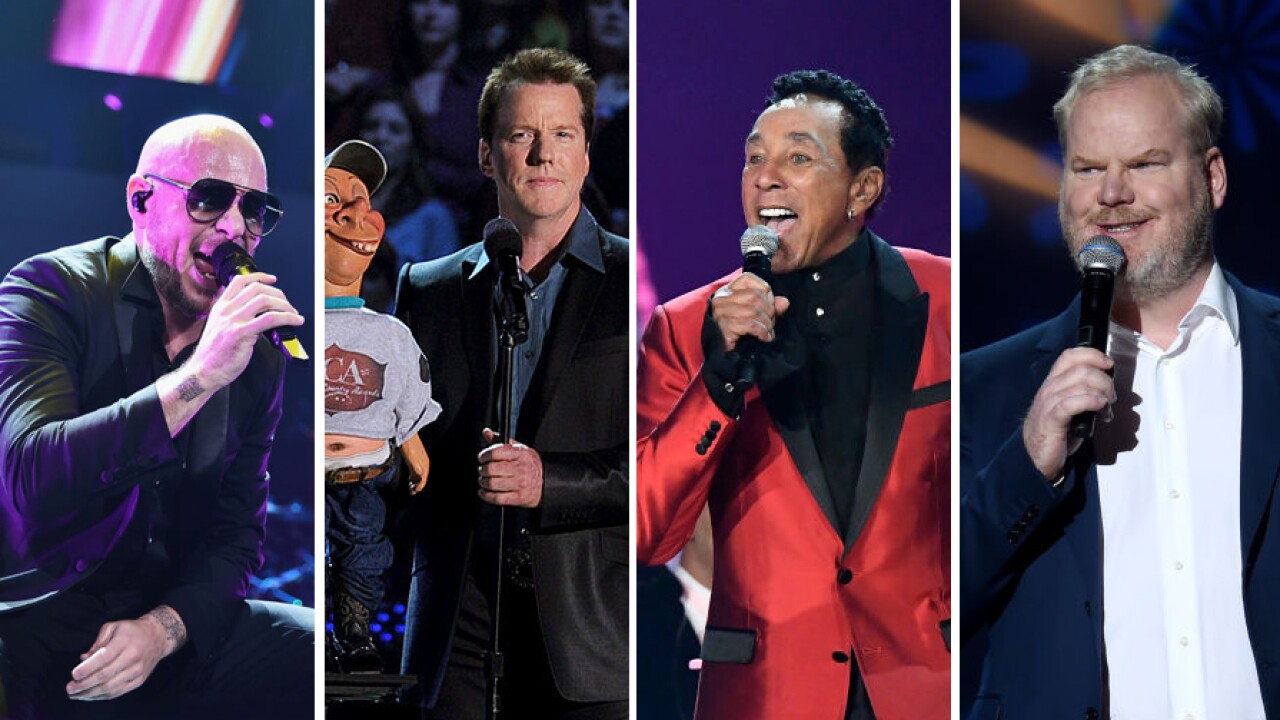 SAN DIEGO (KGTV) — Mr. Worldwide and a slew of other top acts are heading to San Diego this summer.

The San Diego County Fair is promising an "Oz-some" lineup of musical and comedy acts at the Del Mar Fairgrounds this summer, as musicians such as Pitbull, Tody Keith, and Creedence Clearwater Revisted prepare to take the stage.

Comedians Jim Gaffigan, Jeff Dunham, and the guys of truTV's Impractical Jokers are also set to light up the stands with laughter at this year's county fair.

The San Diego County Fair is promising to take guests down the yellow brick road this summer with the theme "Oz-some," pulling inspiration from the iconic books and films surrounding L. Frank Baum's classic "The Wonderful Wizard of Oz."

Here's who's planning to perform this season at the fair at the Corona Grandstand Stage:

For more info on tickets and other acts hitting the fairgrounds, click here.