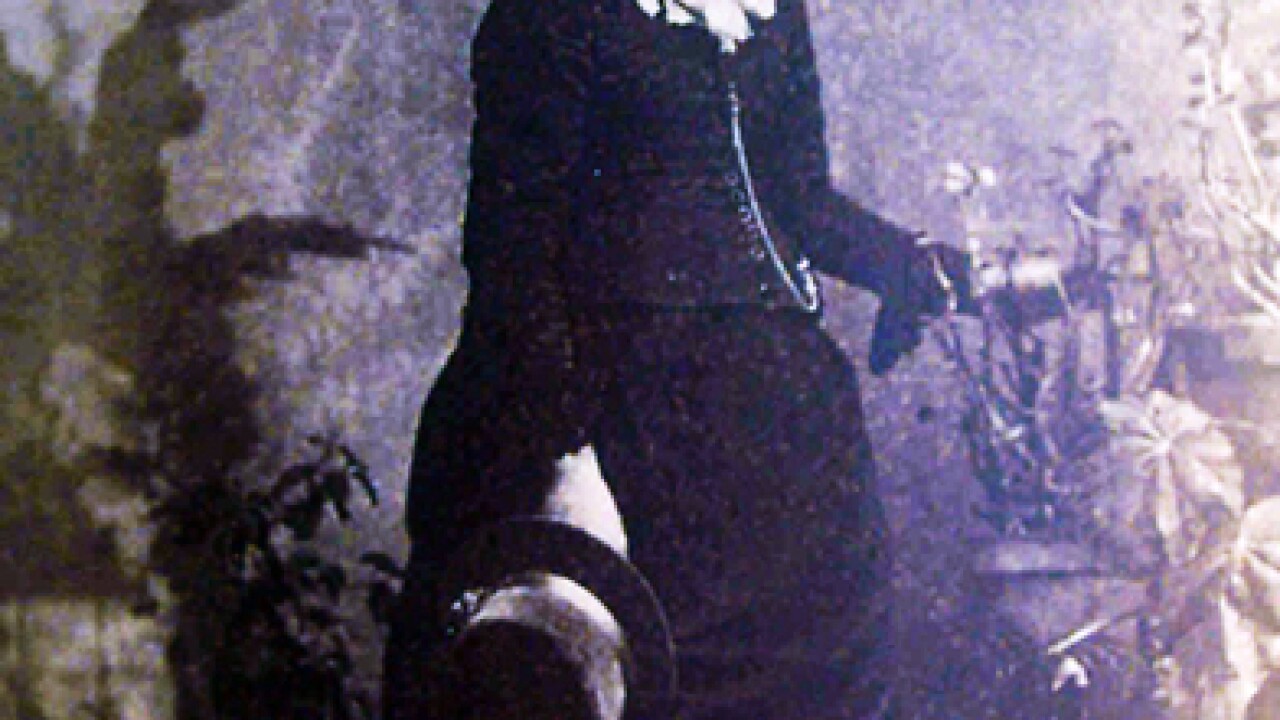 Copyright 2017 Scripps Media, Inc. All rights reserved. This material may not be published, broadcast, rewritten, or redistributed.
<p>1892: Hotel guest Kate Morgan checked in under an assumed name.  She was later found dead on a staircase leading to the beach, possibly from a self-inflicted gunshot wound.  The hotel says Morgan tends to occupy her former guest room in the form of unusual breezes and a television that turns on and off by itself.  The hotel published a book, "Beautiful Stranger: The Ghost of Kate Morgan and the Hotel del Coronado".</p>

CORONADO, Calif. (KGTV) — Hotel Del's most notable resident may be the special guest of an event at the Coronado landmark this month.

On Oct. 12, medium James Van Praagh will host a séance at the Hotel Del Coronado in which he will try to connect with the hotel's permanent guest, Kate Morgan, in addition to any others significant to those in attendance.

But Morgan isn't the only thing drawing the medium to the iconic hotel. Van Praagh's first visit to the location left quite the impression.

RELATED: Discovery the Star of India's ghostly past on special October tours

"Well besides being gorgeous and completely unique, it’s extremely haunted," Van Praagh said in a release. "The lobby area has very heavy imprints of spirit. 10 years ago when I visited Hotel Del Coronado for the first time, I didn’t know it’s history. As soon as I walked in, I saw women in Victorian dresses all over the lobby."

Morgan is known for her presence at the Hotel Del. According to the hotel, Morgan checked into the hotel alone under the name "Lottie A Bernard" from Detroit. Five days later, she was found dead on a hotel staircase leading to the beach.

The San Diego County coroner determined she had died from a self-inflicted gunshot wound to the head.

Over time, guests say they have seen Morgan, felt breezes come from nowhere, and seen televisions turn on and off by themselves.

But in order to have a successful reading, Van Praagh says he's going into the experience without any prior knowledge of Morgan.

"I don’t know enough about Kate to know if we’ve met. She might have been part of the crowd of spirits I saw hanging out in the hotel lobby the first time I visited the Del," Van Praagh said. "I don’t want to research her, because I want to hold the séance in October with a totally open mind so she can come through clearly."

Tickets for the VIP seance are extremely limited and will cost $299 to join the group.

Van Praagh is a New York Times best-selling author and known around the world for his readings. He's appeared on national television as well, including appearances on Oprah, Larry King, Dr. Phil, and more.