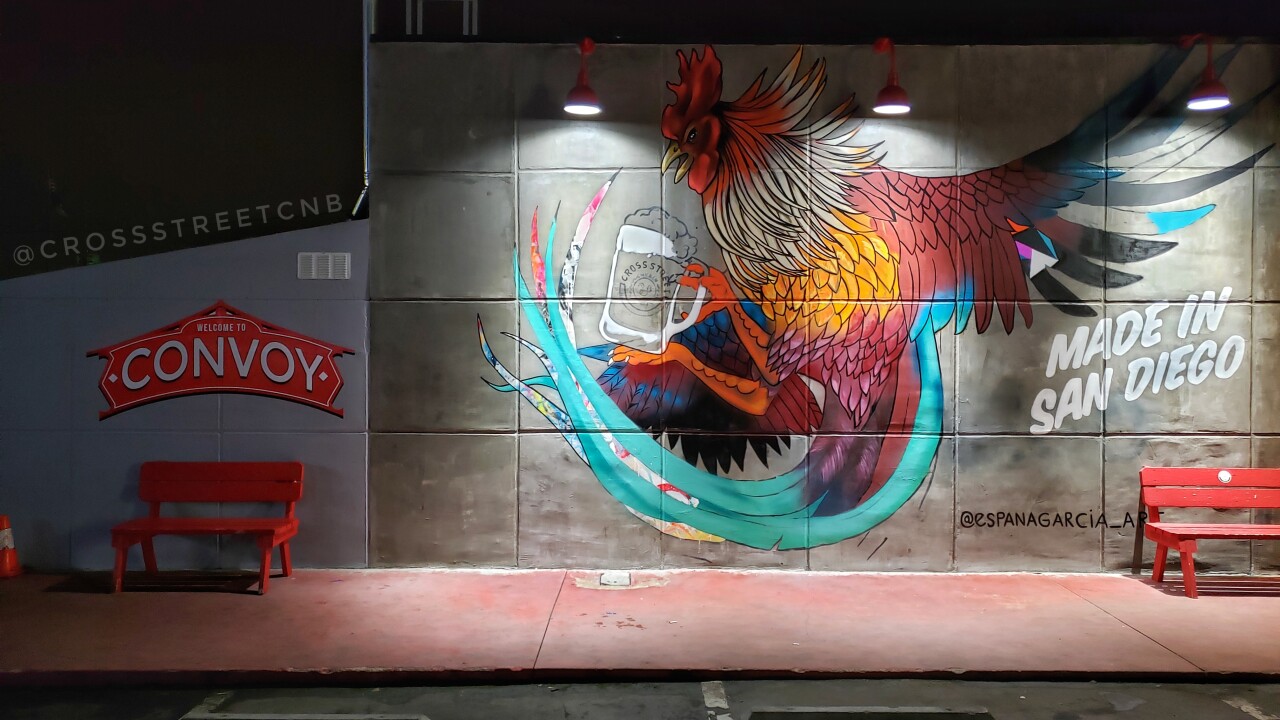 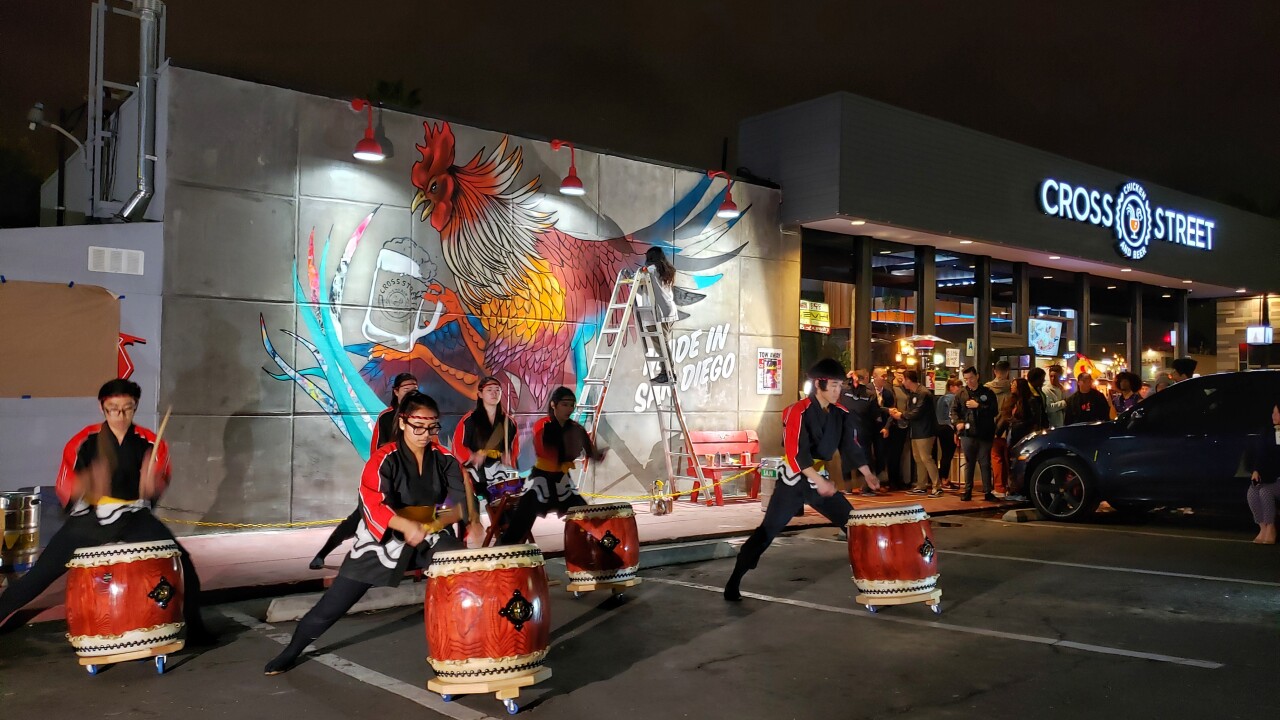 SAN DIEGO (KGTV) — Convoy Street already seems like its own neighborhood to many, always bustling with locals at its numerous Asian restaurants and shops.

The mural, created by local artist España Garcia Feucht, covers the side of Cross Street Chicken and Beer and was painted live in tandem with Taiko drummers playing and other artists showcasing their work outside the restaurant.

District 6 Councilmember Chris Cate was also in attendance to herald in the new neighborhood feature.

Tommy Nguyen, owner of Cross Street, said the mural is just the first step in local efforts to get Convoy Street its own neighborhood sign, like ones currently over the Gaslamp Quarter and University Heights.

"Knowing that it'll take some time for the physical arch to go up, we decided to take matters into our own hands and put up a 'Welcome to Convoy' arch ourselves on our mural wall," Nguyen said. "I truly believe that Convoy is big enough to have it's own neighborhood arch."

The mural features a rooster holding a beer (a tip of the hat to the region's craft beer scene and the restaurant the mural sits on) with the phrase "made in San Diego" underneath. Next to the rooster is the painted "Welcome to Convoy" archway.

The hope for Nguyen, between the mural and future art events hosted by his restaurant, is that Convoy Street will become more than a foodie destination.

"Just kind of seeing the movement all around town but not in Convoy," Nguyen started. "We want to introduce Convoy to the younger street art scene. I want people to recognize this mural eventually and say, 'oh yeah, that’s in Kearny Mesa.'

"Our hope is to raise awareness enough for [people] who are not familiar with Kearny Mesa/Convoy to come to this area and explore for themselves."