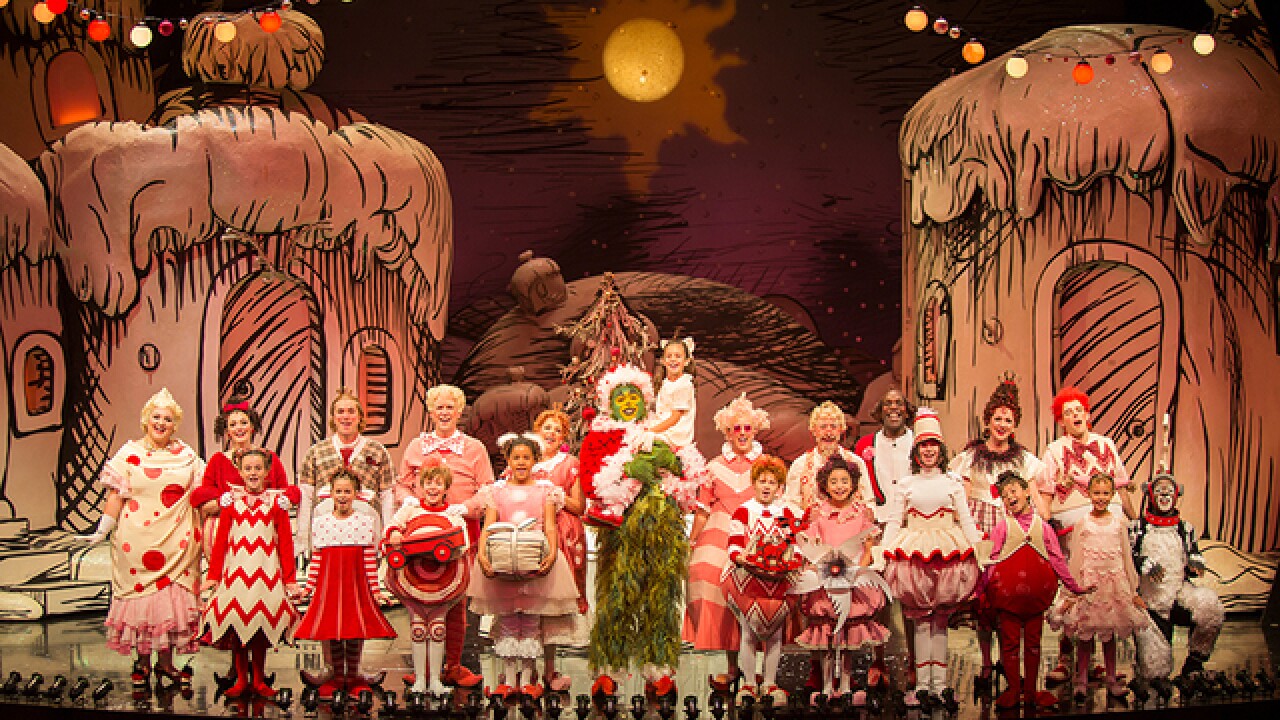 Copyright 2017 Scripps Media, Inc. All rights reserved. This material may not be published, broadcast, rewritten, or redistributed.
<p>The cast of Dr. Seuss’ How the Grinch Stole Christmas!, directed by James Vásquez, running Nov. 5 – Dec. 26, 2016 at The Old Globe. Photo by Jim Cox.</p>

SAN DIEGO (KGTV) — San Diego's weekend is filled with plenty to do, including two film festivals and the continuation of Beer Week and Fleet Week.

San Diego Beer Week and Fleet Week will continue to bring several events to the county for residents to enjoy. Beer Week will provide sips of exclusive brews and special events at breweries, while Fleet Week gives locals the chance to see the history and tools of the military up-close.

The San Diego Asian Film Festival and Coronado Film Festival both hit town this weekend, giving movie-lovers plenty to check out around the county in the world of film.

And, the Grinch returns to the Old Globe Theater to kick off the holiday season in San Diego.

San Diego Fleet Week
Where: Various locations; Cost: Varies
(Thursday - Sunday) Fleet Week celebrates our nation's heroes, giving the public an up-close look at the history and tools of the military. The week's events include ship tours, an innovation zone for kids, STEM days, a veterans art exhibit, and more.

Ride the Point 2019
Where: Liberty Station; Cost: $75 - $200
Peddle along a special route through Point Loma to as far as Mission Gorge as part of a family ride or on your own during this year's Ride the Point event.

Sip by the Sea
Where: Del Mar Plaza; Cost: $44 - $49
Enjoy unlimited tastings from more than a dozen wineries based throughout San Diego during the Sip by the Sea event. A silent auction will keep the fun going and attendees can dine on charcuterie from Pacifica Del Mar. The event also partners with Helping Paws, a North County nonprofit that helps military families with veterinary care costs.