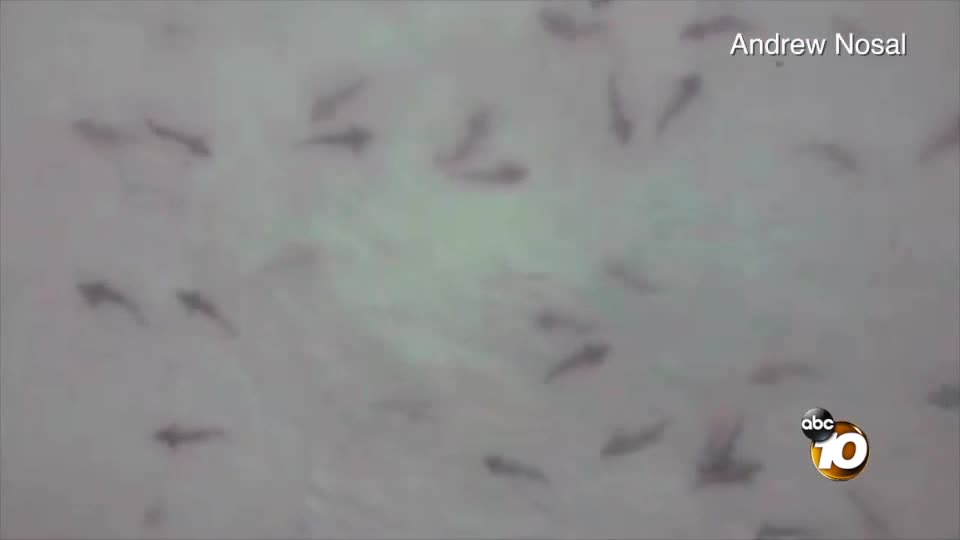 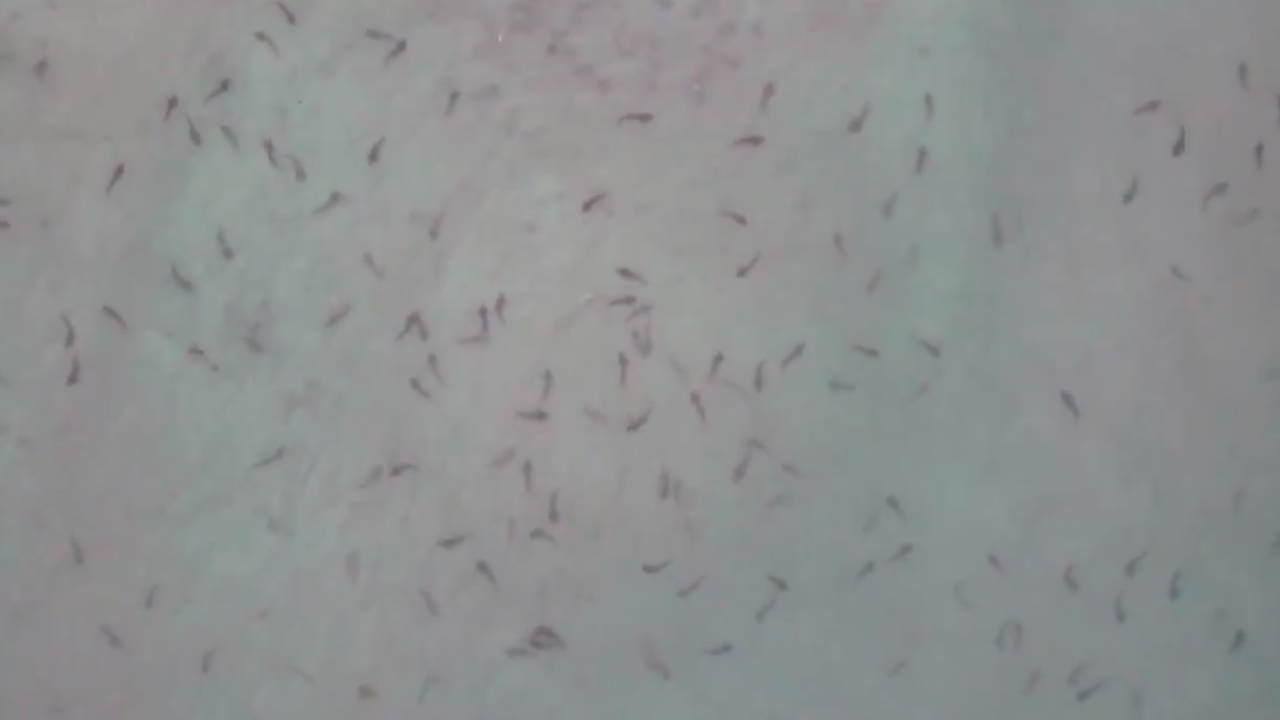 LA JOLLA, Calif. (KGTV) — Imagine swimming when suddenly hundreds of fins start gliding through the water around you.

Local beachgoers may be familiar with the sight, as shown in recently captured drone video in La Jolla. The video shows a mesmerizing view of the massive grouping of leopard sharks, about 4- to 5-foot long, swimming off the coast.

Andrew Nosal, a professor and marine biologist at University of San Diego, recorded the video Monday — he also studied the sharks extensively for his dissertation at Scripps Institution of Oceanography.

According to Nosal, the gathering, while perhaps intimidating to some, isn't all that rare.

"Group formation ... is a common behavior for leopard sharks. In La Jolla, these leopard sharks are mostly (over 95%) mature pregnant females," Nosal said. "They appear to be attracted to this site because of its calm, warm water, which we hypothesize speeds up the rate of embryonic development."

Leopard sharks give birth every spring after a 10- to 11-month gestation period.

The sharks may also be attracted to food in the area, Nosal added, as they feed on squid, octopus, crabs, and small fish in nearby submarine canyons at night.

And while from above the sight of hundreds of sharks may alarm some, leopard sharks aren't considered threatening to humans as long as their space is respected.

"If a human grabs their tails, for example, the sharks may defend themselves by swinging around and biting the offender," Nosal said. "So, beachgoers should resist the temptation to touch or harass the sharks, which is a bad idea anyway, but also illegal because these sharks are inside a marine protected area."

And if one is caught up in the swimming frenzy, there's no need to panic.

"...Enjoy the experience," Nosal said. "They will not bite unless grabbed. They are otherwise quite skittish and hard to approach. It is best to float still near the surface and allow the sharks to swim close."