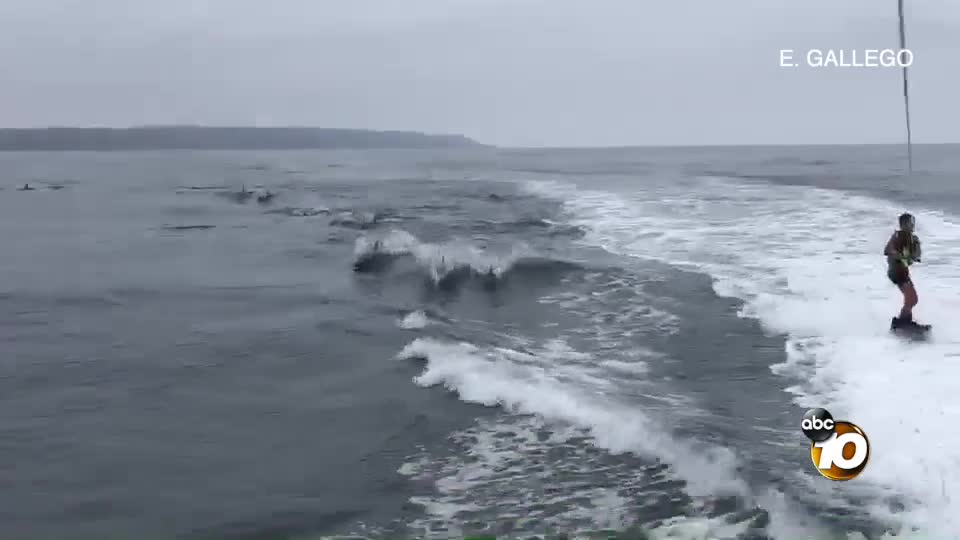 The 9-year-old boy's dad caught the rare sight on camera. 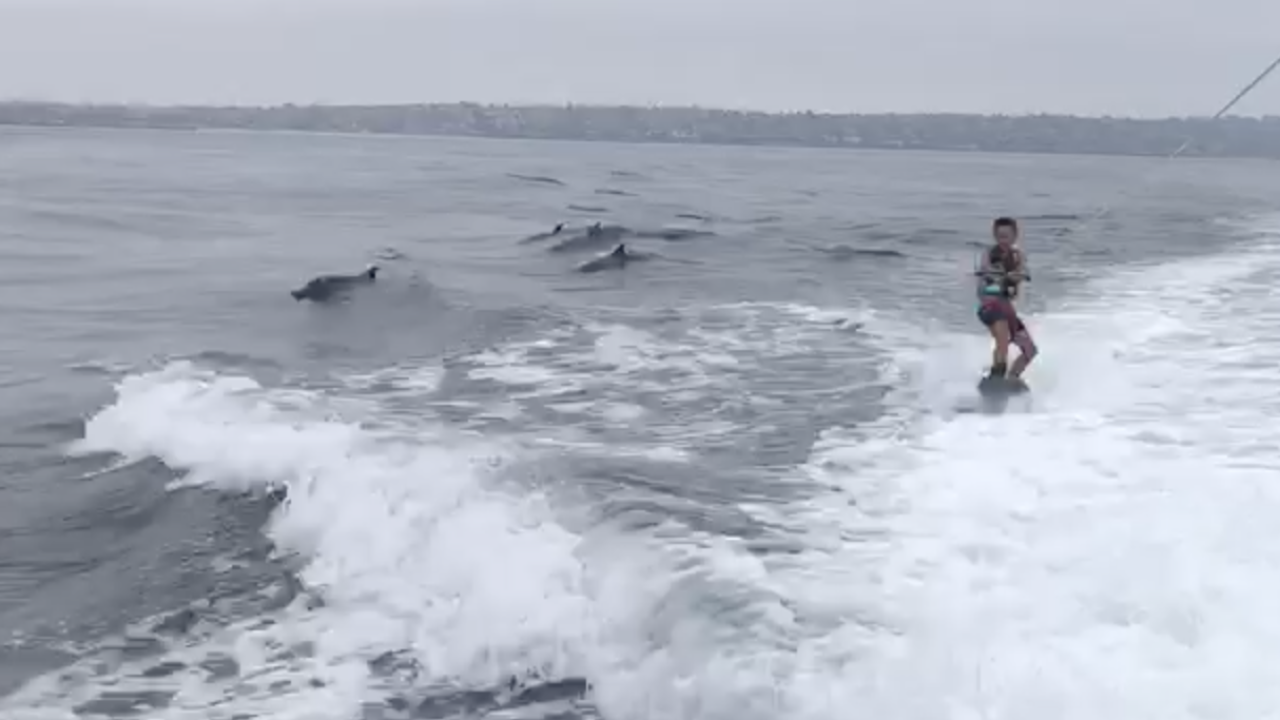 SAN DIEGO (KGTV) - A Father’s Day boat trip off the San Diego coast led to a rare wakeboarding encounter with dozens of dolphins for a Pacific Beach boy and his family.

“It was a quick little boat ride and we saw paradise up there,” said Emiliano Gallego of Crown Point.

Gallego and his three children decided to take a boat ride about 7:30 a.m. on a gloomy Sunday. They were about a mile off Pacific Beach when they realized their 24-foot Yamaha ski boat was surrounded by dolphins.

“It was impressive,” said Gallego, who believes there were thousands of dolphins swimming with the pod.

Gallego’s 9-year-old son Demi, an avid wakeboarder, grabbed his gear and jumped in the water. Gallego recorded the incredible scene.

“At first, he was scared. He eventually just started enjoying the ride with the dolphins,” Gallego said.

Gallego’s younger son and daughter didn’t want to jump in. “Too many dolphins,” said Gallego.

After the spectacular ride, the family went out to breakfast, amazed at what they saw.

“That was the best gift ever,” said Gallego.