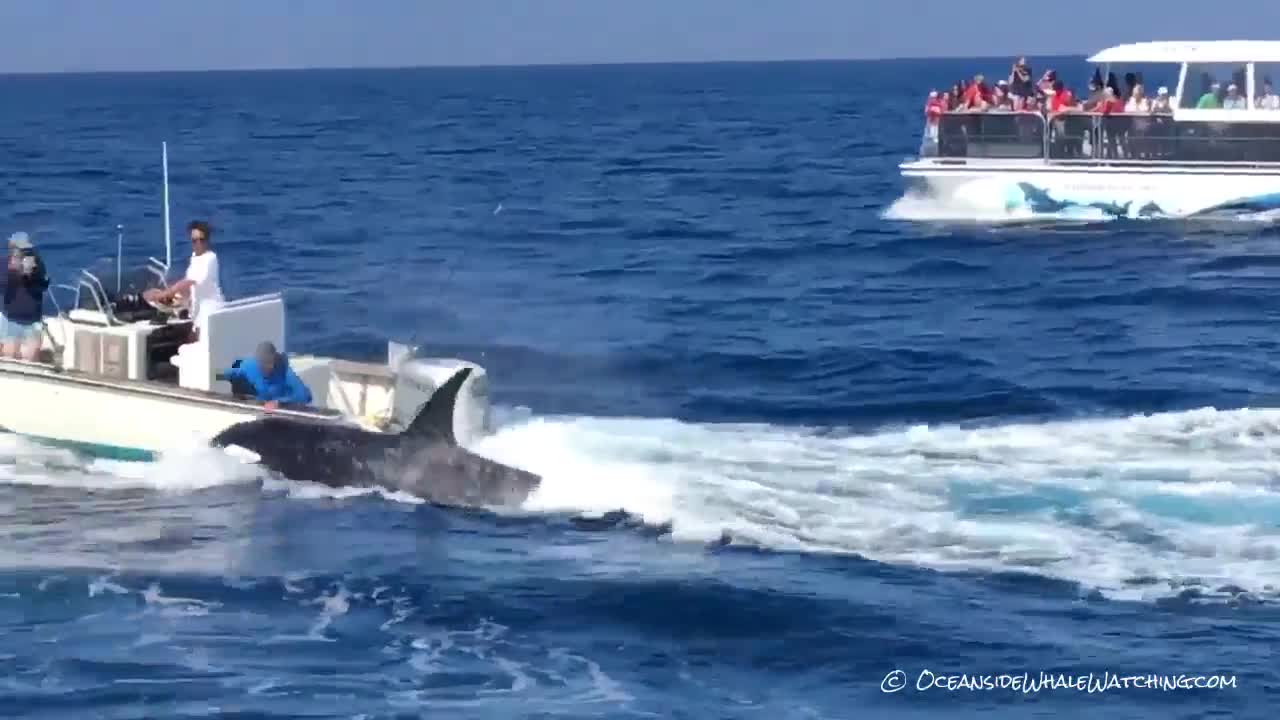 The company had a boat full of whale watchers off San Clemente when the orcas appeared. Boat Captain Shane and staff biologist Lauren Turley captured the moment.

“They were thrilled beyond thrilled,” Mitroff said of the passengers. “It’s the holy grail of whale watching.”

The Eastern Tropical Pacific orcas pass through Southern California after a stop in Mexico, Mitroff said. The whale watching team hasn’t seen orcas in more than a year.

Monday, the orca pod preyed on two baby dolphins as the mother tried to fight the killer whales.

It's not unusual for orcas to eat larger mammals.

“The diet of orcas depends to some extent on what is available where they live,” according to the National Oceanographic and Atmospheric Administration. One ecotype of orcas in the Pacific Northwest eats fish, while other ecotypes eat marine mammals and squid.

Killer whales are “considered a top predator, eating near the top of the food chain.”