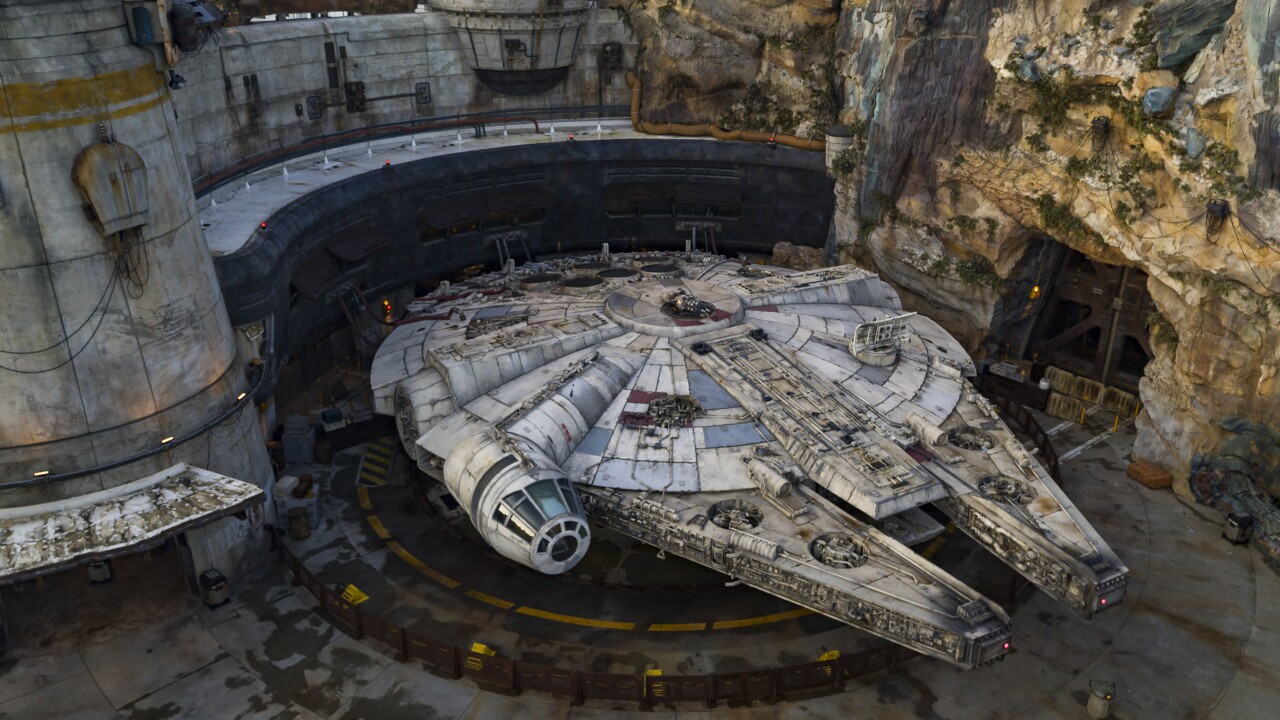 (KGTV) — Fans of Disneyland's "Star Wars: Galaxy's Edge" have likely yet to uncover all the secrets found around the alleyways of Black Spire Outpost.

Disney fan website FreshBakedDisney.com reports that a new software update to the ride will allow riders to listen to Chewbacca roaring the entire flight, instead of the space pirate Hondo Onaka directing the experience.

Normally when guests walk in, there is a flashing orange activation button that wakes up the console for each rider. But if pilots hold their levers all the way up or down and left or right, and gunners and engineers hold down a flashing white button before hitting those flashing orange buttons, "Chewie mode" will go live.

But it only works if done before crew members activate the ride on their end, so go in with a plan and some quick fingers.

Check out how the group got "Chewie mode" to work below (it took them a few times):