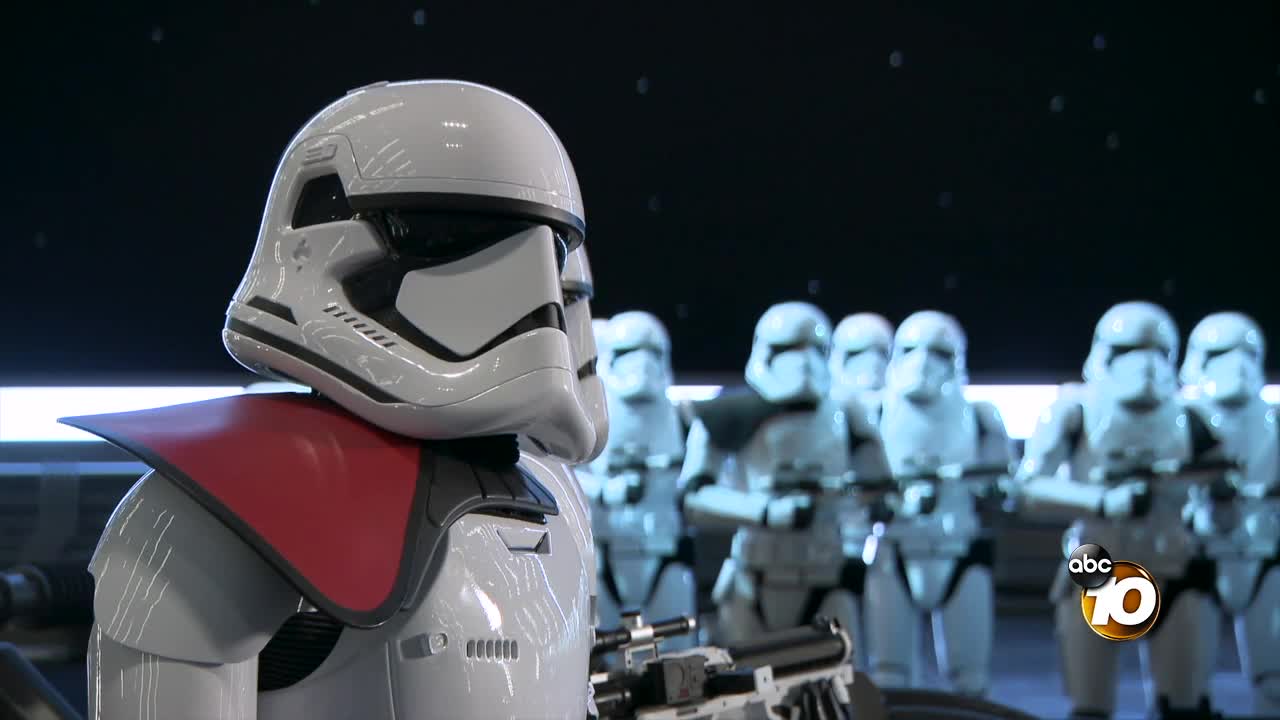 Dani Bellar explains how she and her team put together the "Star Wars: Rise of the Resistance" ride at Disneyland. 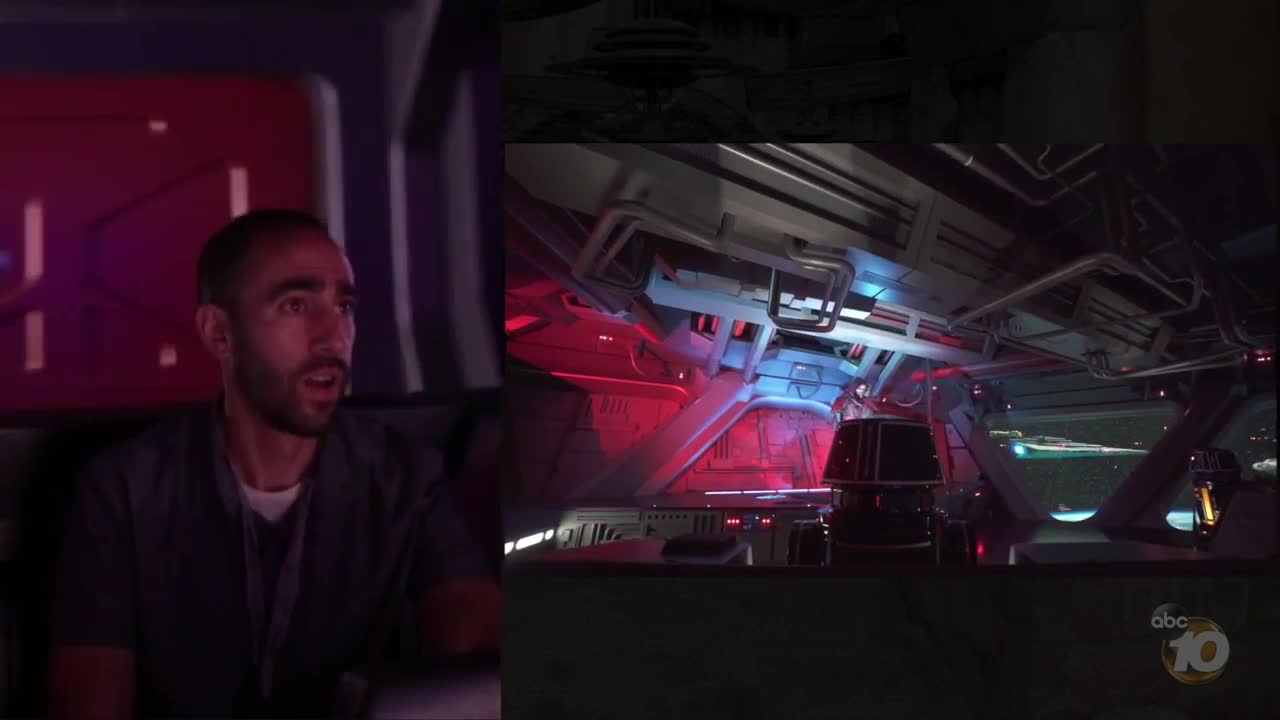 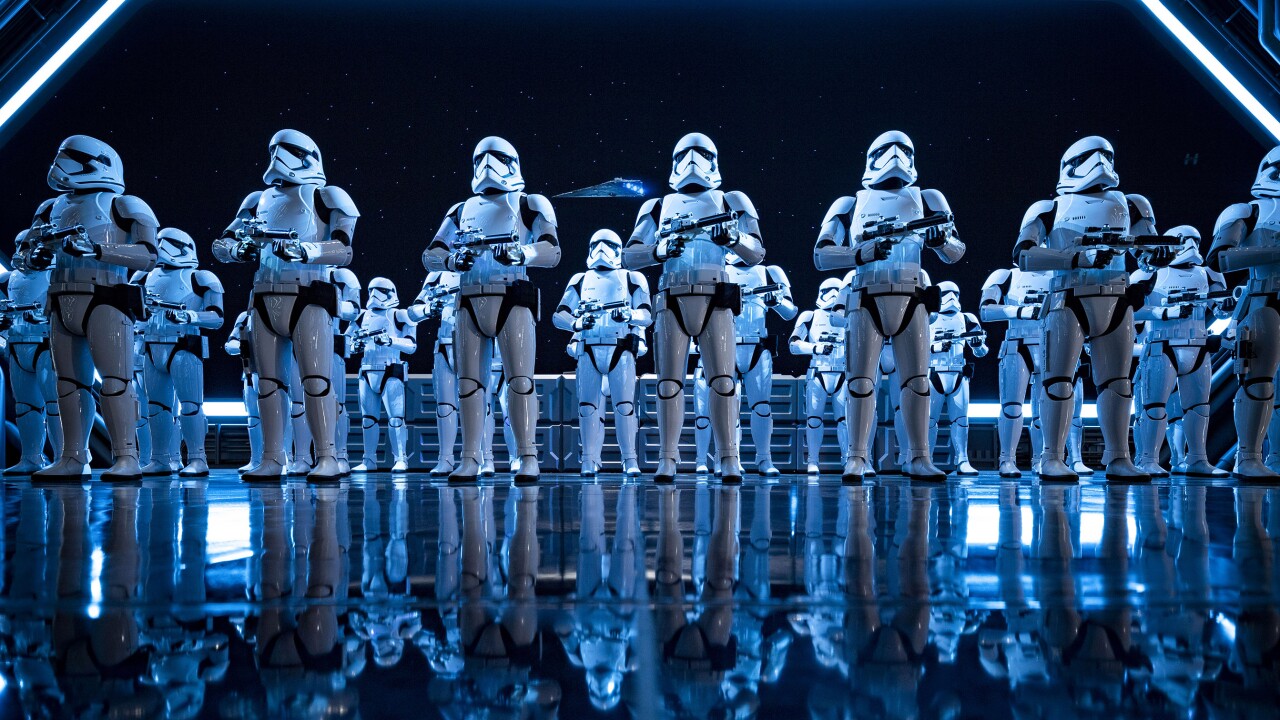 (KGTV) — It took some months after opening for Disneyland to finally make good on its promise of living out your Star Wars dreams, but boy did it deliver.

"Rise of the Resistance" opens on Friday, Jan. 17 at the park's "Star Wars: Galaxy's Edge" land with one mission: Put riders in the middle of a galaxy far, far away. While not without a few slower moments, the attraction brings a new standard to theme park rides.

While Galaxy's Edge has provided a decent amount of "Star Wars" enjoyment, there has been something missing.

It's thanks to the cast members throughout the ride (from the First Order officers shooing "sympathizers" to Resistance fighters saving the day) and well-timed theatrical moments that "Rise of the Resistance" excels.

(The mystery technology throughout the ride gives plenty of "oohs" and "aahhs" as well.)

Riders may get restless at times they are waiting to enter their transports, but Disney's Imagineers have designed a detail-rich environment for them to take in until the action begins.

The ride opens with Resistance recruits receiving their orders from BB-8 and Rey in a briefing room, before they're hurled into space on a transport ship on a secret mission with ace X-Wing pilot Poe Dameron by their side.

But, as with all Star Wars films, the bad guys aren't too far behind. A calm transport ride turns bumpy after the First Order ambushes the space vessel and takes it — and its riders — hostage on a Star Destroyer. First Order cast members, with emotionless glares, order riders to wait in their cell where they'll be interrogated.

Kylo Ren and General Hux stand tall above the cell issuing threats (definitely doesn't feel threatening, though), before the Resistance breaks in to free riders.

That's when the fun begins, as riders travel on trackless cars through the Destroyer to escape and return to Batuu.

RELATED: Disneyland tickets are on sale for as low as $67 right now

Disney Imagineers are far less likely to divulge their magic tricks during a First Order interrogation, but the sight of blaster lasers, massive AT-ATs firing at riders, a lightsaber piercing through steel, and a Tower of Terror-style drop back home scream technological sophistication.

Disneyland has set a new standard for a tent-pole attraction. "Rise of the Resistance" combines cast interactions, practical effects, and "wow" moments to create THE Star Wars experience park visitors have wanted.

While not without room for improvement (Kylo's last stand was a bit flimsy), riders will be walking out humming John Williams scores and jumping back in line.