Dry winter may mean no 'superbloom' chaos this year 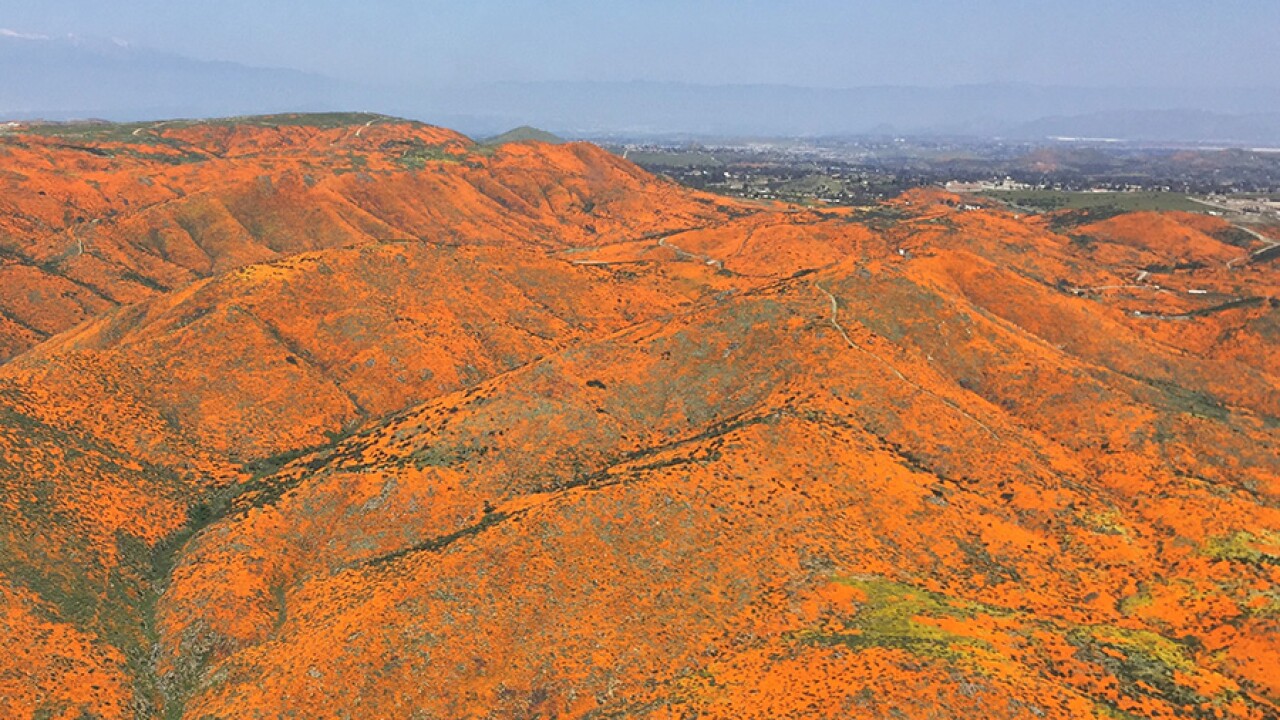 LAKE ELSINORE, Calif. (KGTV) — A lack of rainfall this winter in Southern California could spare rural towns known for their "superbloom" springs from throngs of visitors.

Riverside County parks official Dustin McLain told The Press-Enterprise that the chances of a "superbloom" in the Walker Canyon area are small after a dry January and February thus far.

"The Super Bloom has been unlike any event we have ever experienced before," Lake Elsinore Mayor Steve Manos said last year. "The extreme beauty of our hillsides that drew attention from around the world is now diminishing quickly, and our residents sure are eager for things to get back to normal."

The season was highlighted by beautiful photos of flowers, but marred with reports of tourists destroying foliage and trails and clogging roadways to see the spectacle. Town were not prepared to handle to influx of visiting guests.

California State Parks offers these rules and tips for visitors:

The Associated Press contributed to this story.