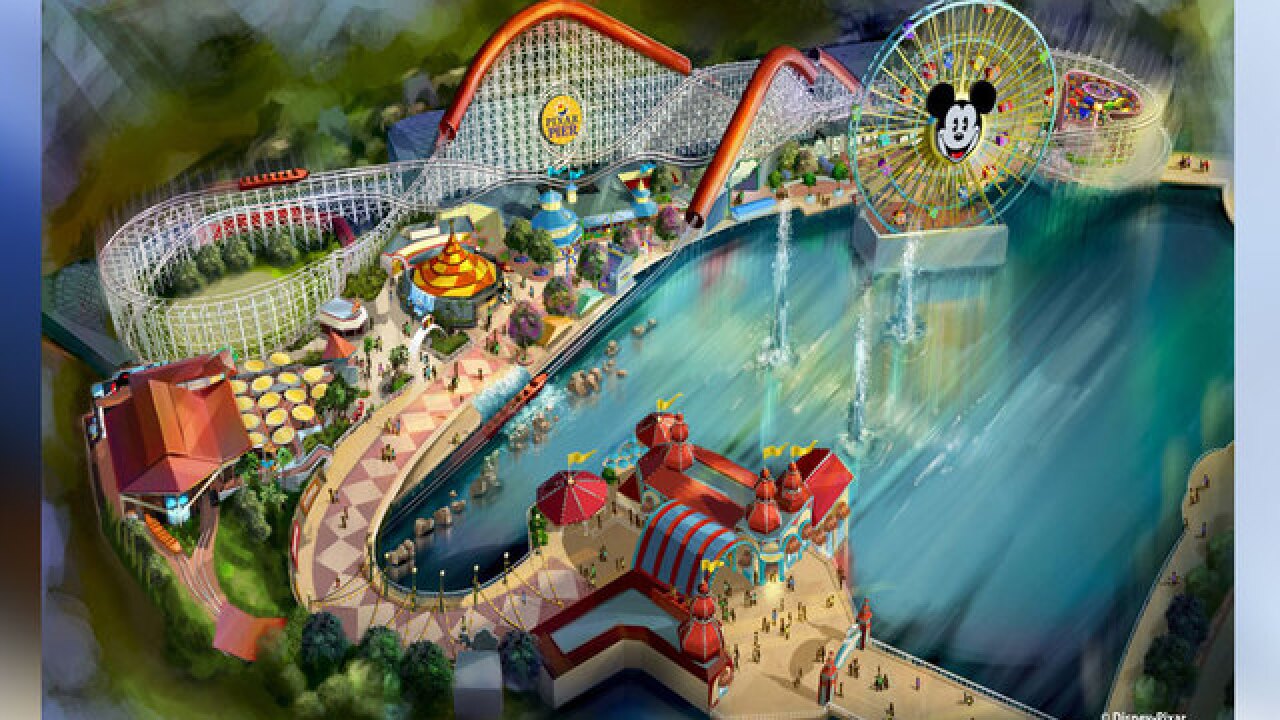 SAN DIEGO (KGTV) - While all the buzz seems to be around Disneyland's forthcoming "Star Wars" land, California Adventure will welcome a variety of Pixar character next month.

Wednesday, Disney laid out what exactly fans of "Toy Story," "The Incredibles," and other Pixar films can expect to see at the pier's four neighborhoods.

In Incredibles Park fans can test their superhero prowess alongside the Parr family on the new Incredicoaster, the former California Screamin' rollercoaster. Outside, the Jack-Jack Cookie Num Nums stand will be ready to treat riders to freshly-baked treats.

Over at Toy Story Boardwalk, guests will shrink down to the size of their favorite tenants of Andy's room on Toy Story Midway Mania! Jessie the yodeling cowgirls will take fans for a spin on Jessie's Critter Carousel, and delicious churros from Senor Buzz Churros, where Buzz has switched into Spanish mode.

Fans of one of Pixar's newest favorites "Inside-Out" will want to visit the new Inside-Out headquarters, featuring family-friendly fun set to open at a later date.

Pixar Promenade will celebrate all of Pixar's characters at the Pixar Pal-A-Round, featuring 24 gondolas with different Pixar pairs.

The promenade will also be home to the Games of the Boardwalk, with game booths set up including Heimlich’s Candy Corn Toss, Wall-E Space Race, La Luna Star Catcher and Bullseye Stallion Stampede.