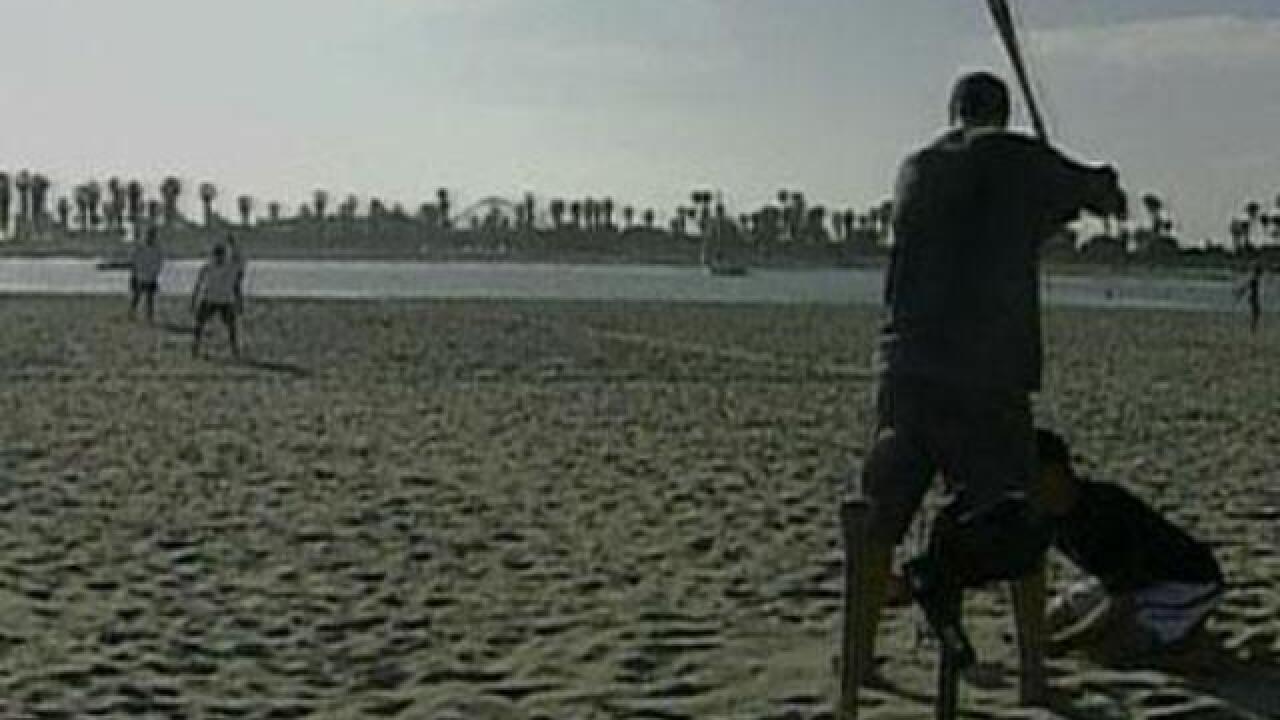 Copyright 2018 Scripps Media, Inc. All rights reserved. This material may not be published, broadcast, rewritten, or redistributed.
Over The Line (OTL) Generic

SAN DIEGO (KGTV) - It's going to be a hot one this weekend, but don't let that stop you from getting outside and enjoying all that's happening around San Diego.

Check out the beginning of the annual Over-the-Line Tournament kicks off and smooth jazz fans get to sway the weekend away at Embarcadero Park.

If you're into something a little more low-key, look to Yoga at the Rotunda in Balboa Park this weekend for some quiet reflection and yoga.

And, of course, there always seems to be something made for the beer fans in San Diegans...

Here's a look at some of this weekend's can't miss events:

Locals are invited to come down and enjoy the cuisine and entertainment at the Blvd Market's summer block party. Check out local craft beer, vintage clothing vendors, the classic car show, and a ramp launch contest for skateboarders. More information.

The sounds of smooth jazz will fill the air at Embarcadero Park this weekend, with performances by Curtis Brooks, Jonathan Butler, Keiko Matsui, Peter White, Eric Darius, and many others. More information.

Take you pick of more than 100 craft beer samples and rock out to music from bands at Liberty Station this weekend. Some of San Diego's most popular food truck will also roll up to feed the masses and Rock Star Beer Festival plans to unveil its newest collaboration with Mad River Brewing. More information.

Yoga in the Rotunda at Museum of Man - Saturday

Take part in an all skills, unique yoga experience held inside the Museum of Man in Balboa Park. Knowledgeable staff will offer help achieving alignment and mindfulness in this non-competitive environment. More information.

SheFest is a woman-centered event that celebrates and supports the talents of women while making a meaningful connection to the LGBT and San Diego communities. The event will feature musical acts, spoken word performances, and activities covering a variety of LGBT issues. More information.

The first weekend of this summer's Over the Line Tournament begins bright and early this weekend. The public, free event only requires everyone follow "The No 'B's'" of OTL: No bottles, no bicycles, no bowzers (dogs), no babies, no boas, no bad attitudes, and no battles (fighting). More information.

A double-header match is heading to Qualcomm Stadium this weekend, as Mexico and El Salvador, and Curacao and Jamaica soccer teams will face off in Gold Cup matches. More information.

Come out and cheer, or sing up, for Carlsbad's 36th annual triathlon at Tamarack State Beach. Competitors will travel down Carlsbad's scenic coastline in a 1K ocean swim, 25K bike course, and 5K run to finish the race off. More information.