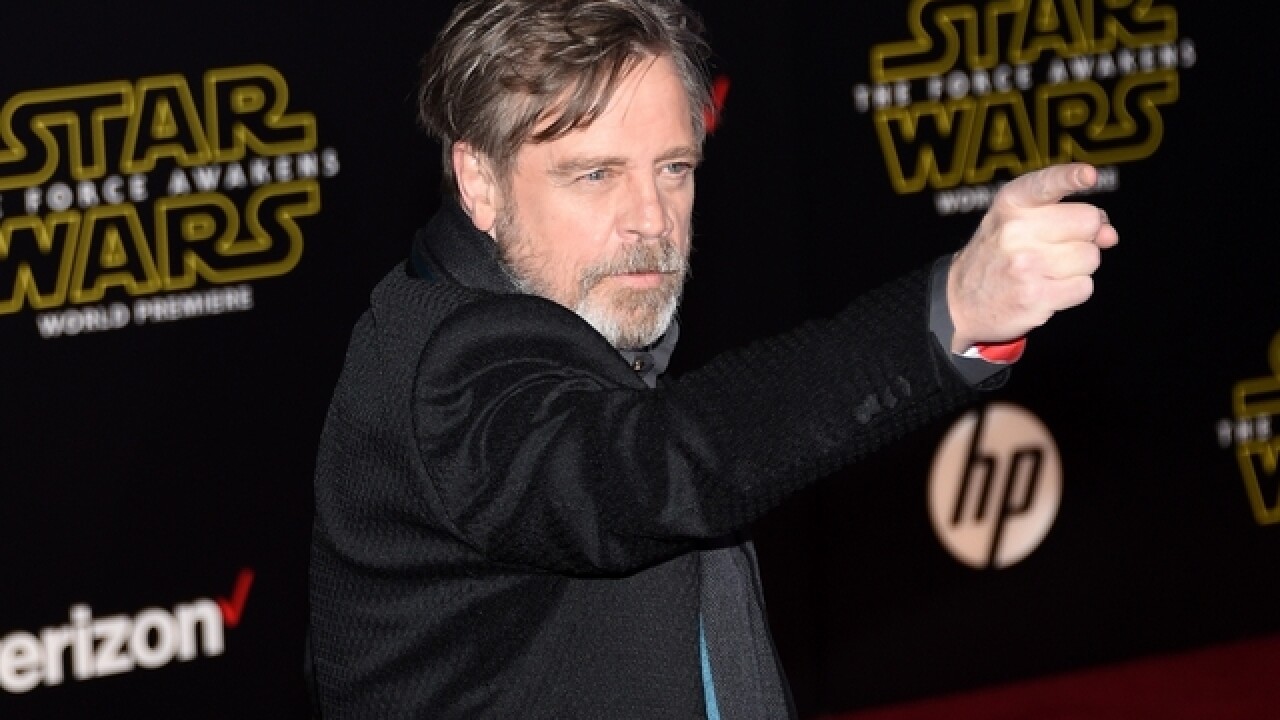 As part of the City's honorary street name policy, Hamill will be recognized in the 5900 block of Castleton Drive, between Mount Abernathy Avenue and Clayford Street, as Mark Hamill Drive. The official street name will not be changed.

The item was approved 7-0, according to City News Service, with members Chris Cate and Lorie Zapf absent. The signs will be paid for by District 6, Councilmember Cate's district, according to the City.

"I am pleased that my council colleagues supported dedicating, with honors, Castleton Drive (between Mount Abernathy Avenue and Clayford Street) as 'Mark Hamill Drive.' Today's council action allows the City of San Diego Streets Division to begin designing and creating the Honorary Mark Hamill Drive signs. We are hopeful we can continue to work with Mr. Hamill, to install, dedicate, and unveil Mark Hamill Drive at a later date at the corner of Castleton Drive and Mount Abernathy Avenue," Councilmember Cate said in a statement.

Hamill lived on the Clairemont road during his childhood, before moving to Virginia and later Japan.

After returning to the U.S., Hamill made his acting debut on "The Bill Cosby Show" and went on to star in roles on "General Hospital" and "The Texas Wheelers," before achieving fame in the first "Star Wars" film as Luke Skywalker.

He's had continued success with the "Star Wars" franchise and by lending his voice talents to animated "Batman" projects as The Joker.

In February, Hamill tweeted his appreciation for the gesture, tweeting "A groundswell beings w/ just ONE! Thank you [Chris Cate] for giving fellow San Diegans that chance to (potentially) walk all over me! Gr8ful."