Ozzy Osbourne cancels 'No More Tours 2' due to hand injury 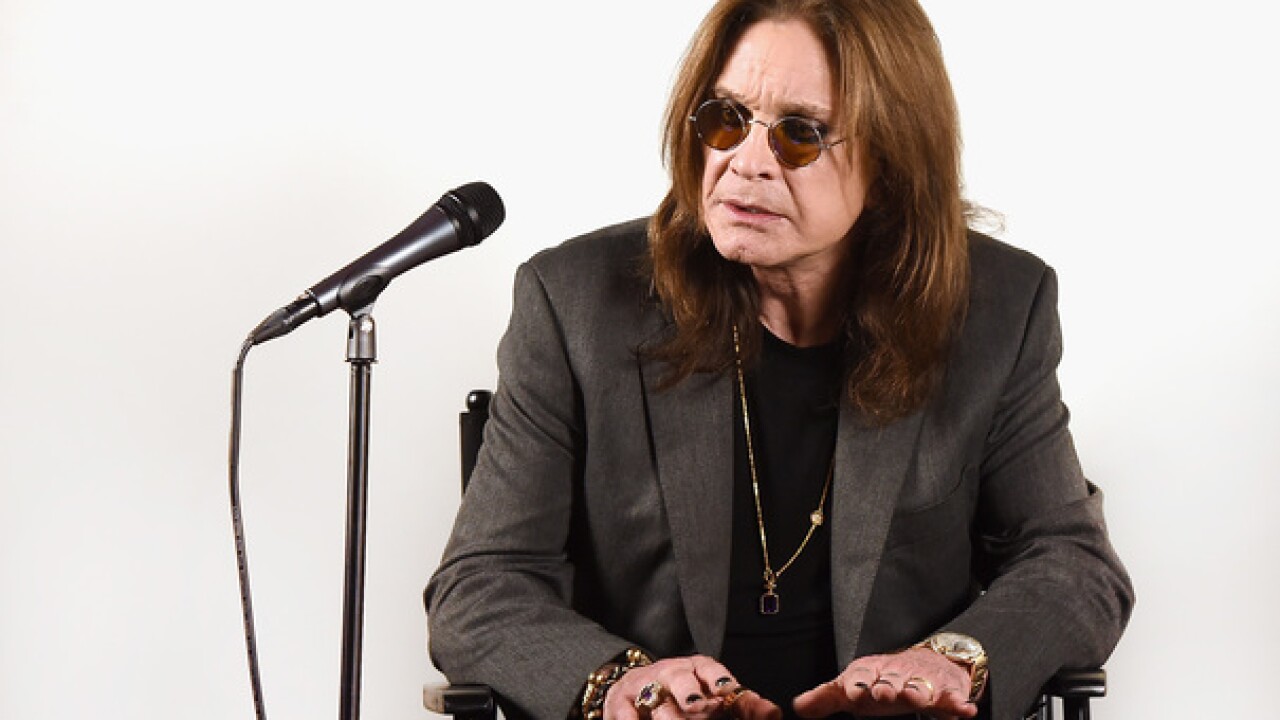 CHULA VISTA (CNS) - After initially rescheduling concerts -- including a Chula Vista appearance -- while he recovers from surgery, rocker Ozzy Osbourne announced Thursday he has been forced to postpone all of the remaining North American shows on his "No More Tours 2" tour until next year.

Osbourne was originally set to perform at the Mattress Firm Amphitheatre on Tuesday, but the show was pushed back until Oct. 18 because he was being treated at Cedars-Sinai Medical Center in Los Angeles for infections on his right hand. Now the show is off altogether, with the rocker saying the infections will likely require another surgery.

"I'm so (expletive) bummed about canceling these shows," Osbourne said in a statement posted on his website. "The tour had been going great and we were really looking forward to these last few gigs. We're hoping everyone will be patient and we'll look forward to seeing them at the shows next year."

In addition to the Chula Vista show, Osbourne also canceled a Monday performance at the Hollywood Bowl and performances in Mountain View and Las Vegas.

The international tour is currently scheduled to conclude in March 2019 in New Zealand.