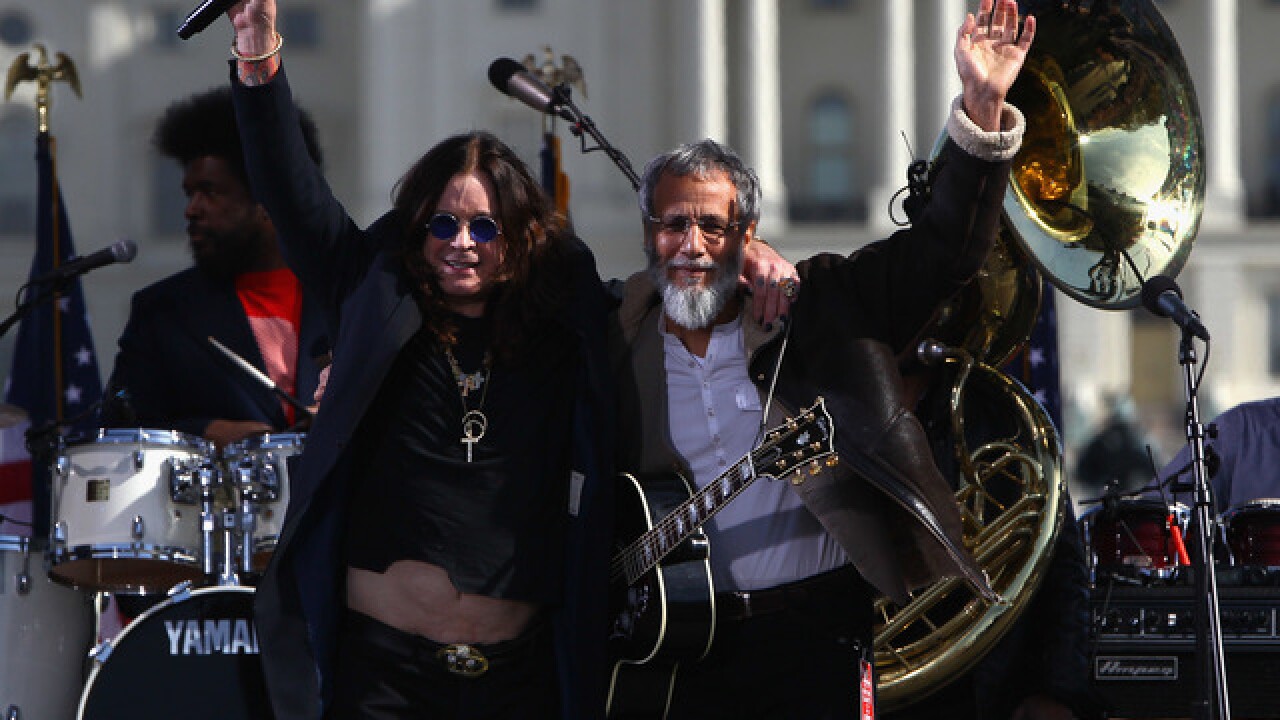 Ozzy Osbourne will head to Chula Vista's Mattress Firm Amphitheatre on October 9 during his "No More Tours 2" string of concerts. The Rock and Roll Hall of Fame inductee will then close out his tour in Los Angeles and Las Vegas.

The tour will be Osbourne's last, though he'll still perform at select live shows, according to Live Nation.

The tour's name is a reference to the Grammy-winning artist's 1992 “No More Tours” series of shows.

Tickets for Osbourne's Chula Vista stop go on sale February 17 at 10 a.m. Presale opportunities for Citi cardmembers on February 14 at 10 a.m. until February 16 at 10 p.m.

"I’ve been blessed with an amazing life," Osbourne said. "I'm looking at this final tour as being a huge celebration for my fans and anyone who has enjoyed my music over the past five decades."

The 69-year-old singer confirmed he was preparing to say goodbye to life on the road to  Rolling Stone in 2017.

"People keep asking me when I’m retiring," Osbourne said. "This will be my final world tour, but I can’t say I won’t do some shows here and there."

Black Sabbath, the band in which Osbourne lead such iconic songs such as "Iron Man," "Paranoid," and "Symptom of the Universe," also said goodbye on their own farewell tour last year.