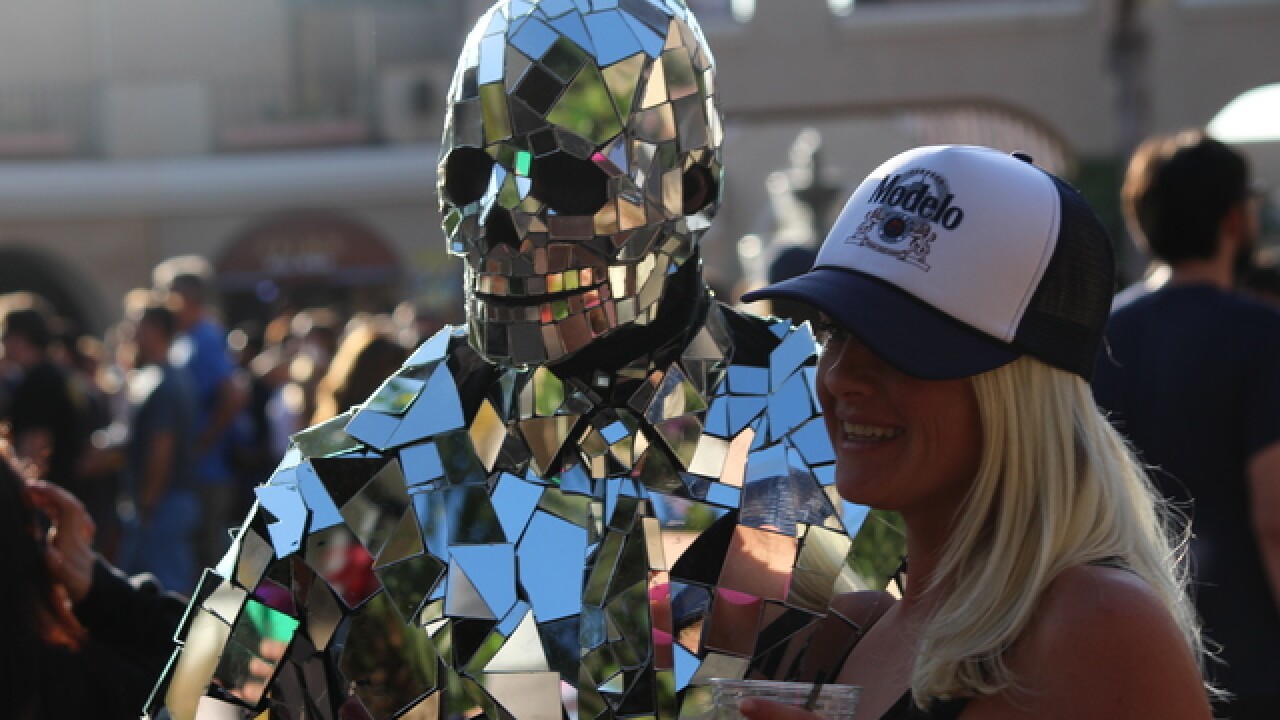 Copyright 2017 Scripps Media, Inc. All rights reserved. This material may not be published, broadcast, rewritten, or redistributed.
Photo: Mark Saunders/KGTV
The wild and fun came out in style to the Del Mar Fairgrounds for KAABOO Del Mar on Friday, Sept. 15, 2017.

SAN DIEGO (KGTV) — At KAABOO Del Mar, the festival's lineup of chefs and artists are just as big as the acts set to the the stages around the fairgrounds.

Gilbert, who serves as the executive chef at San Diego's Lafayette Hotel, Swim Club & Bungalows, also appeared on KAABOO's Palate Main Stage in 2018. Swikard previously worked as executive chef of the famed Boulud Sud restaurant in New York City, before returning to San Diego to head his own restaurant.

Hungry festival goers can expected to catch other phenomenal eats around the fairgrounds, such as Napizza, Poseidon Del Mar, Bling Bling Dumpling, The Baked Bear, Nacho Taco, and many others. A variety of gourmet food trucks will also be out for those needing a quick bite to eat.

Our Year 5 PALATE lineup is here! We can taste that culinary magic already. 🔥

Artistry will highlight the festival at every turn, with mural installations and live painting planned once again.

Talented artists will create works of art that tower over the fairgrounds, including installations by Caia Koopman, Kalani Ware, Yellena James, and San Diego's own Carly Ealey.

Several exhibits and galleries can also be enjoyed inside an art fair, where paintings, sculptures, jewelry, and photography will be on display by the Sparks Gallery, Sugar Press, Fathom, San Diego Museum of Art, and more.

Here you have it! 🎨 Introducing your Year 5 ARTWORK lineup. Get ready for a visual experience like no other.

Many of the pieces of art on display can also be purchased.

Click here for more information on KAABOO passes or the festival's scheduled lineups.