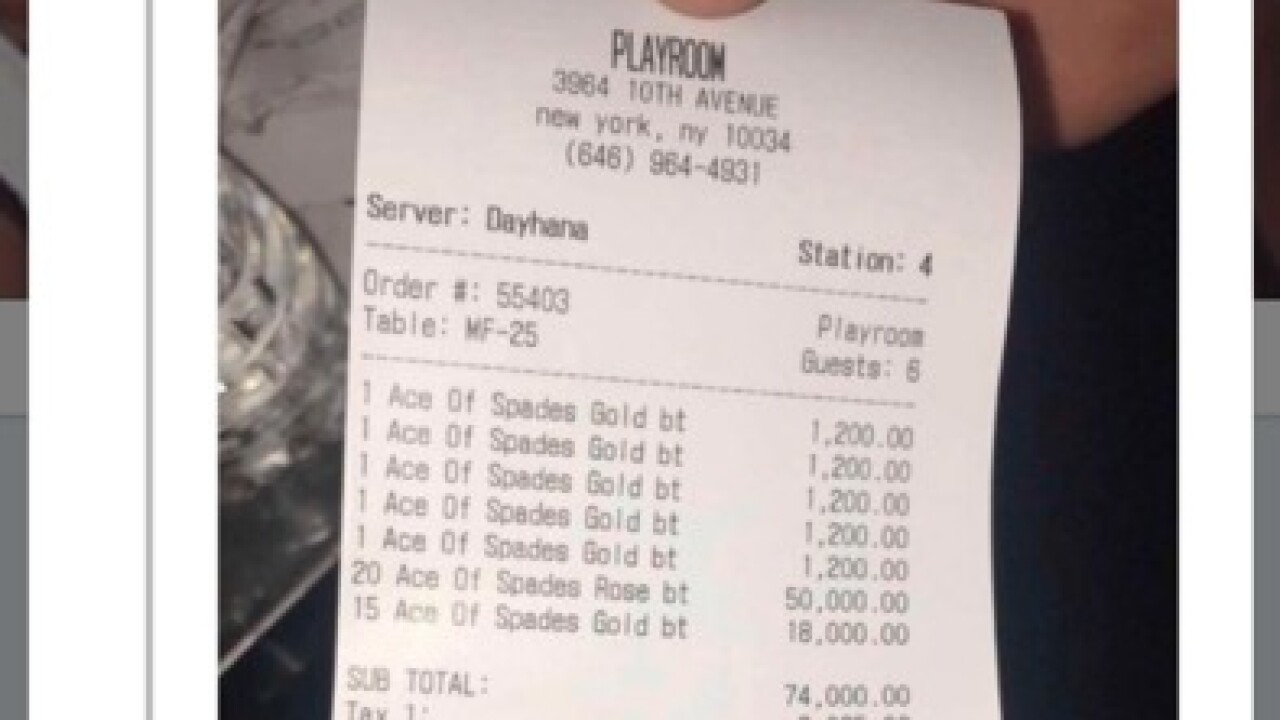 Copyright 2018 Scripps Media, Inc. All rights reserved. This material may not be published, broadcast, rewritten, or redistributed.
Twitter screenshot

Yes, not many of us can. Jay-Z, however, can - and judging by his viral bar tab, does.

A photo of a receipt from New York City's Playroom reportedly for the hip-hop mogul breaks down the expensive bill:

Jay Z tab at Playroom last night. I’m just gonna cry in poor for the rest of the day. 😭 pic.twitter.com/q2OhOoi3YS

The rapper purchased the Armand de Brignac champagne brand, including "Ace of Spades," in 2014, over what many believed to be a boycott of its popular competitor Cristal.

So perhaps it's an investment in himself? An elaborate marketing ploy? The move had Twitter users hypothesizing if it's a bold business move or just Jay-Z being Jay-Z:

Technically the money goes back in his pocket, then he writes it off on the taxes as marketing materials for the company

Either way, whoever waited on Jay-Z received the tip of their career.