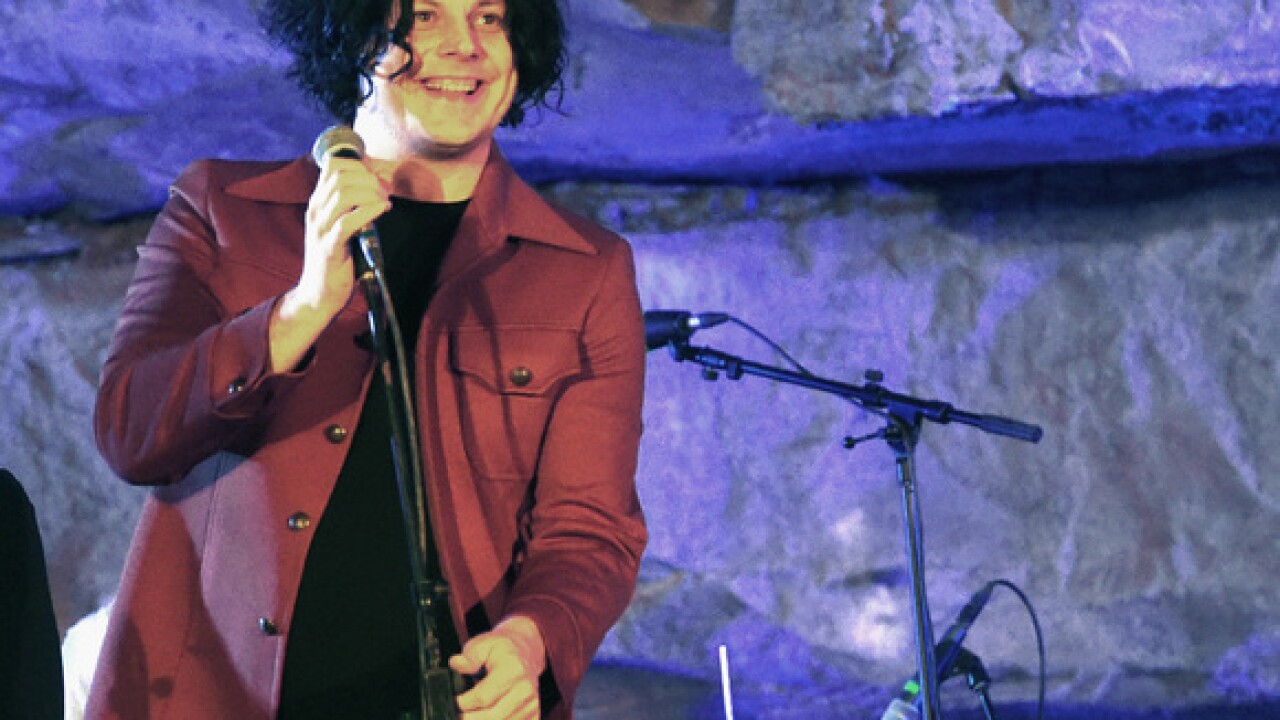 SAN DIEGO (KGTV) - Before Jack White fans prepare to chronicle their concert experience in San Diego on social media, they may need to consider an alternative method.

Perhaps that means taking care of selfies before or after the show.

White announced this week that U.S. shows during his upcoming 2018 tour would institute a cell phone ban, including his August stop at San Diego's Viejas Arena .

"No photos, video or audio recording devices allowed," White's  statement reads . "We think you’ll enjoy looking up from your gadgets for a little while and experience music and our shared love of it in person."

White said he wants fans to have a "100 percent human experience."

As an alternative, the tour is allowing fans to access photos and video from tour's official photographer to use on their social media accounts, after shows, of course, according to Amplify .

The tour will lock phones in Yondr cases, which are pouches that magnetically lock until a master device unlocks it. But if an emergency strikes, fans can still access their device.

"You keep your pouch-secured phone on you during the show," according to the tour. "And, if needed, can unlock your phone at any time in a designated Yondr Phone Zone located in the lobby or concourse."

Other musicians, including Beyonce, Chance the Rapper, and Bruno Mars have also used Yondr pouches to create phone-free concert experiences. In some cases, schools have used  the product to curb student cell-phone use.

White has long advocated against fans using cell phones at shows. Appearing on Conan in 2014, White said crowds "applauded and everyone as a mob agreed that we don’t like this idea or this practice."

"I think it is distracting for the people in the back who are trying to really watch and they see a sea of blue screens in front of them,” White said on the show.