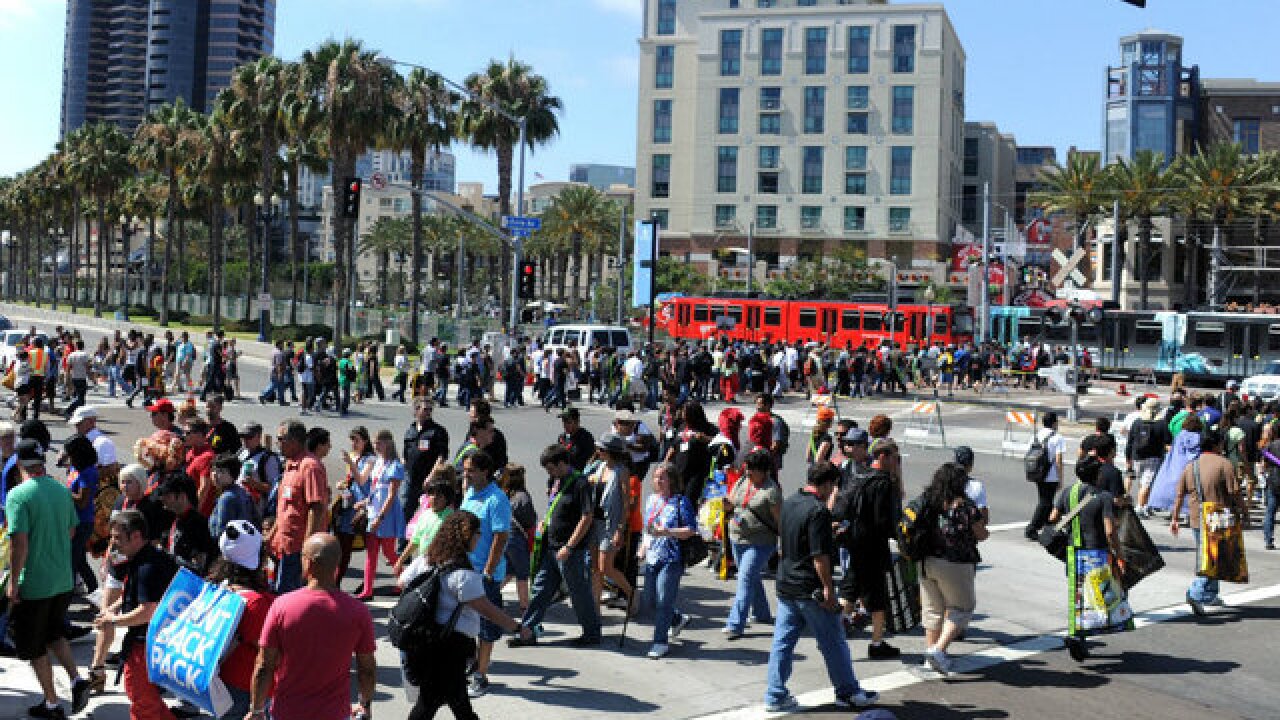 SAN DIEGO (KGTV) -- The fourth and final day of Comic-Con at the San Diego Convention Center is set to feature a slate of family-friendly events, including an International Children’s Film Festival.

The festival will run all day and feature short films for children of all ages. The film festival begins at 10 a.m. in room 9 of the convention center.

A panel will also be held for the “Lego: Ninjago” television series featuring co-creator Tommy Andreasen, lead writer Bragi Schut and voice actors Brent Miller and Kelly Metzger. That panel starts at 10:30 a.m. in room 6A of the convention center.

Other panels on the final day of Comic-Con include “Legion,” “Supernatural” and “Riverdale.”

For those hoping to avoid traffic, MTS trolleys on the Sycuan Green Line Rout will leave from their stations toward the convention center every 15 minutes during the rest of Comic-Con. The UC San Diego Blue and Orange Line will run on a similar schedule.

More than 130,000 people are expected to have attended Comic-Con this year, which typically generates more than $143 million in economic activity for the region, according to the city.