San Diego Symphony brings 'Back to the Future,' 'Galaxy Quest' to Comic-Con off-sites 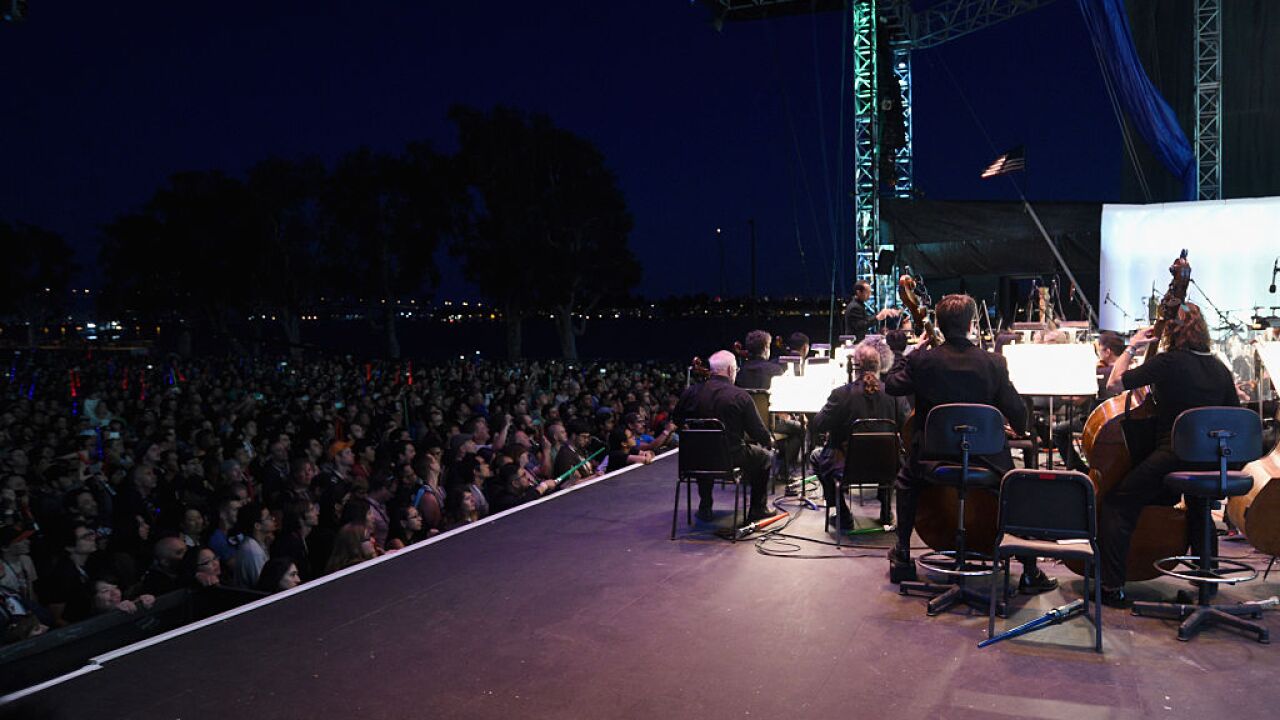 SAN DIEGO (KGTV) — San Diego Symphony has already revealed the sounds that will fill the air outside the San Diego Convention Center this summer.

During Comic-Con 2019, the symphony will perform music from the cult-galactic adventure "Galaxy Quest," on July 19, and "Back to the Future," on July 20, at Copley Symphony Hall.

Both performances will be led by composer David Newman, who composed the score for "Galaxy Quest" and other films including "Ice Age," "Matilda," and "Bill and Ted's Excellent Adventure" and following "Bogus Journey."

In town before the convention kicks off? You can catch the musical fun the weekend before as the symphony performs the score from "Harry Potter and the Half-Blood Prince."

Tickets have yet to go on sale for any of the concerts, but can be purchased here when available. Last year, ticket prices ranged from $30 - $45.