San Diego Comic-Con@Home: What worked and what didn't 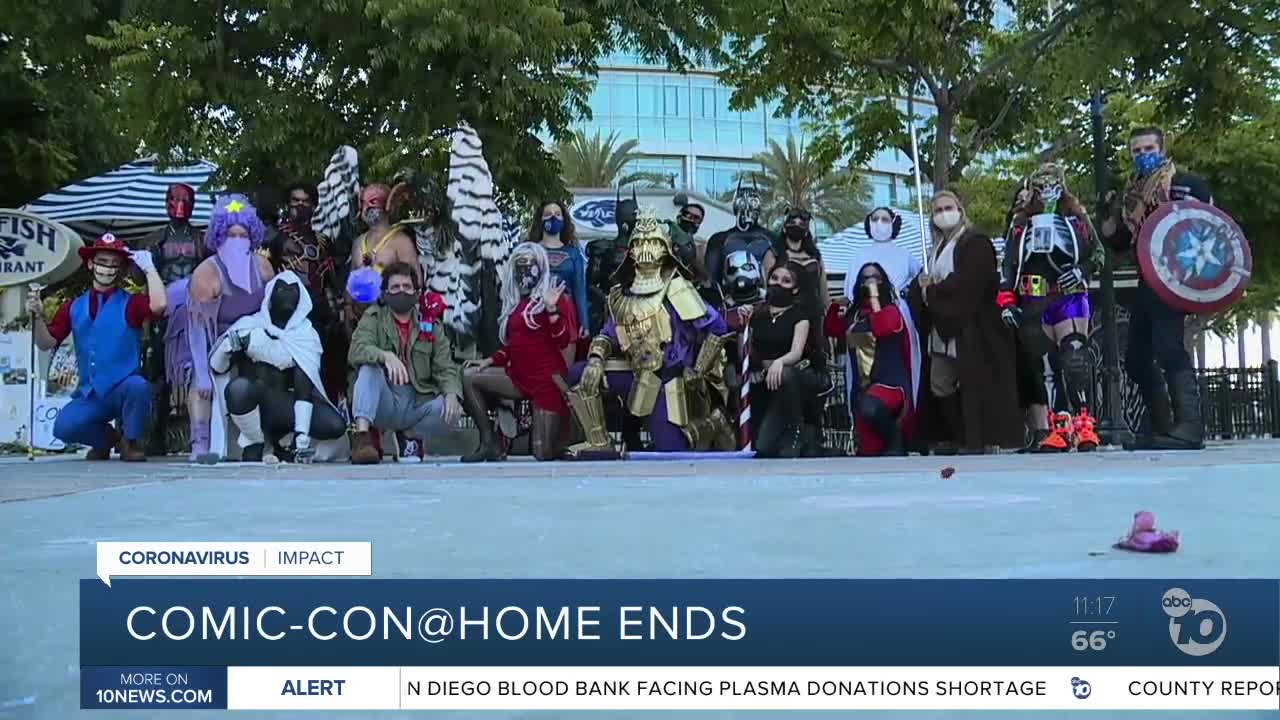 SAN DIEGO (KGTV) — In San Diego Comic-Con's first foray as an online-only event, fans experienced some benefits and pitfalls of a virtual convention.

While fans had arguably the most access to Comic-Con content ever, there were still some aspects that couldn't be recreated digitally. At the same time, that's all right. Fans afraid there would be no convention whatsoever still got to enjoy the annual pop-culture celebration.

With that said, there are some things fans may like to see again even at an in-person convention — or hope to avoid.

For the first time in Comic-Con history, every attendee had the opportunity to see any of SDCC's hundreds of panels. No waiting in Hall H's line. No attending an earlier panel to save a seat for a later event. Every panel was streamed on Comic-Con's website and most were made available on YouTube afterward for fans to catch. Exclusive content aired during panels also made their way onto the internet arguably faster than previous years. While the glitz of seeing stars, artists, and writers in person was missing, the heart of enjoying a panel for its presentation was still there.

Admittedly, Comic-Con isn't just about exclusive merchandise. But many attendees enjoy being able to score gear that you'll only get at SDCC — for resale or to keep. However, when it came to exclusives, internet connection and website servers were at the will of how many people logged onto their site. So when something was highly sought after, websites saw a lot of traffic — sometimes too much. In the case of several popular merchandisers — like Funko, Mondo, or Hasbro — exclusives often sold out quickly, sometimes before the convention even occurred.

Off-site experiences outside the convention center have become as much of Comic-Con as the exhibit hall inside the center. With the convention online, some exhibitors took the opportunity to host some unique games and activities on their own websites. FX Unlocked showcased its lineup of FX shows with games, trivia, and digital extras, while Amazon held its own virtual con to showcase its products and Amazon Prime shows. FutureTechLive! also put together a virtual World Builders activation for users to unleash their imagination.

One of the best parts of Comic-Con is seeing everyone dressed up as their favorite characters waltzing around downtown San Diego. Where else can you run into Kirk and Spock or Batman enjoying a bite to eat in broad daylight? While the convention did its best to showcase cosplayers online with a "masquerade ball" via Tumblr, it just isn't quite the same as being at the event in-person.

What worked: Connecting with fans

Hosting Comic-Con online ensured fans can connect with their favorite comic book writers, artists, and even entertainers. Without having to manage a tight schedule of going location to location for panels and events, users could simply log on and watch a panel, win some free swag in some cases, or reach out to comic book writers and artists for commissions or to purchase their work. No walking through a packed Artist Alley or standing in line for a free t-shirt — though some may argue that's part of the appeal.

What didn't: Recreating being there

SDCC made several activities available online ahead of the convention, like signs and badges to print out to dress your home for the event. A virtual exhibit floor was also offered online and while fun, was a bit tricky to navigate on your phone. Though it was great to offer those activities for fans, nothing can really recreate that feeling of walking through the halls of the convention center or visiting your favorite comic book artists.