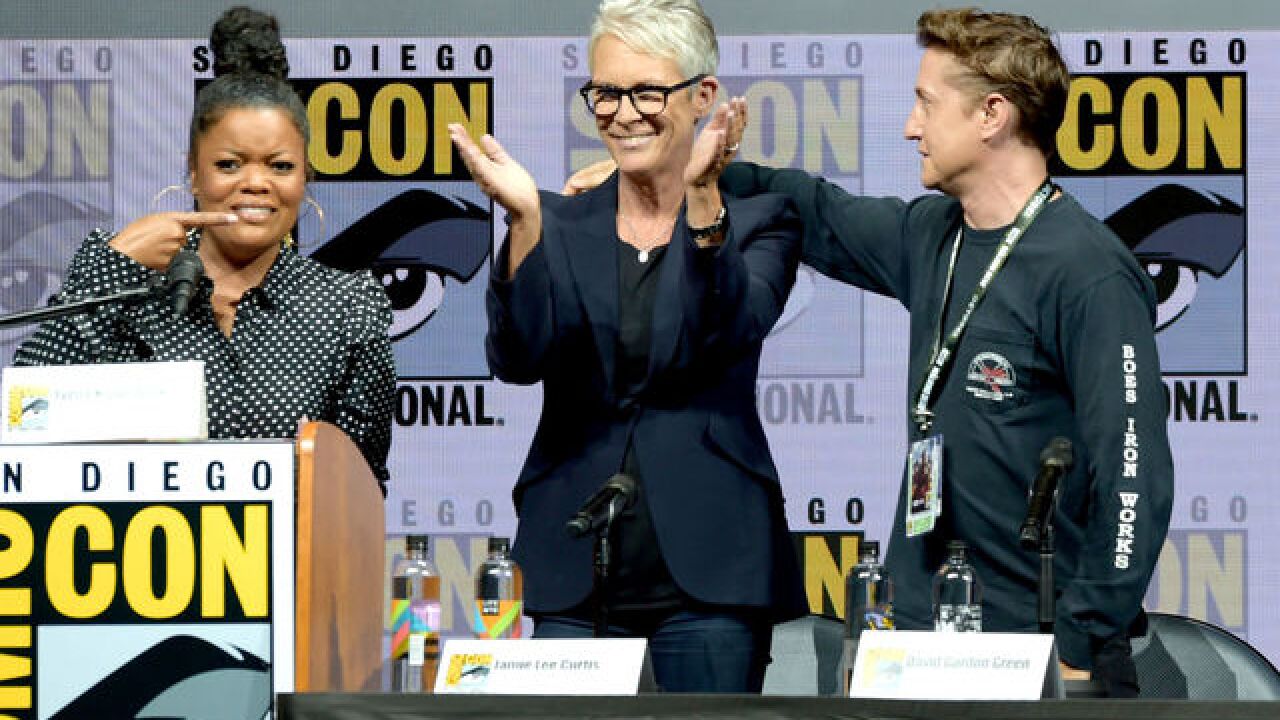 Curtis was in town to help lead Comic-Con's "Halloween" panel, which gave fans a first look at the next installment of the horror franchise featuring masked slasher Michael Myers and Curtis' character, Laurie Strode, facing off.

Wiping away tears, Jeffrey Scott told Hall H of a home invasion experience in his life and how the movie and Curtis' character saved his life.

"I was scared out of my mind and out of nowhere this thought inside of me went, 'Well what would Jamie Lee Curtis do?'" Scott said during  the Q&A portion of the panel , describing a home invader with a knife. Scott said he pulled out knitting needles in defense. "I'm here today because of the way you portrayed Laurie Strode. I'm a victor today instead of a victim."

Hall H erupted into applause for Scott, bringing him to tears and prompting Curtis to leave the stage to give him a hug.

Universal Pictures' panel featured footage from the next "Halloween," which Curtis says shows her character "take back the legacy" of her life, as well as M. Night Shyamalan's film "Glass."