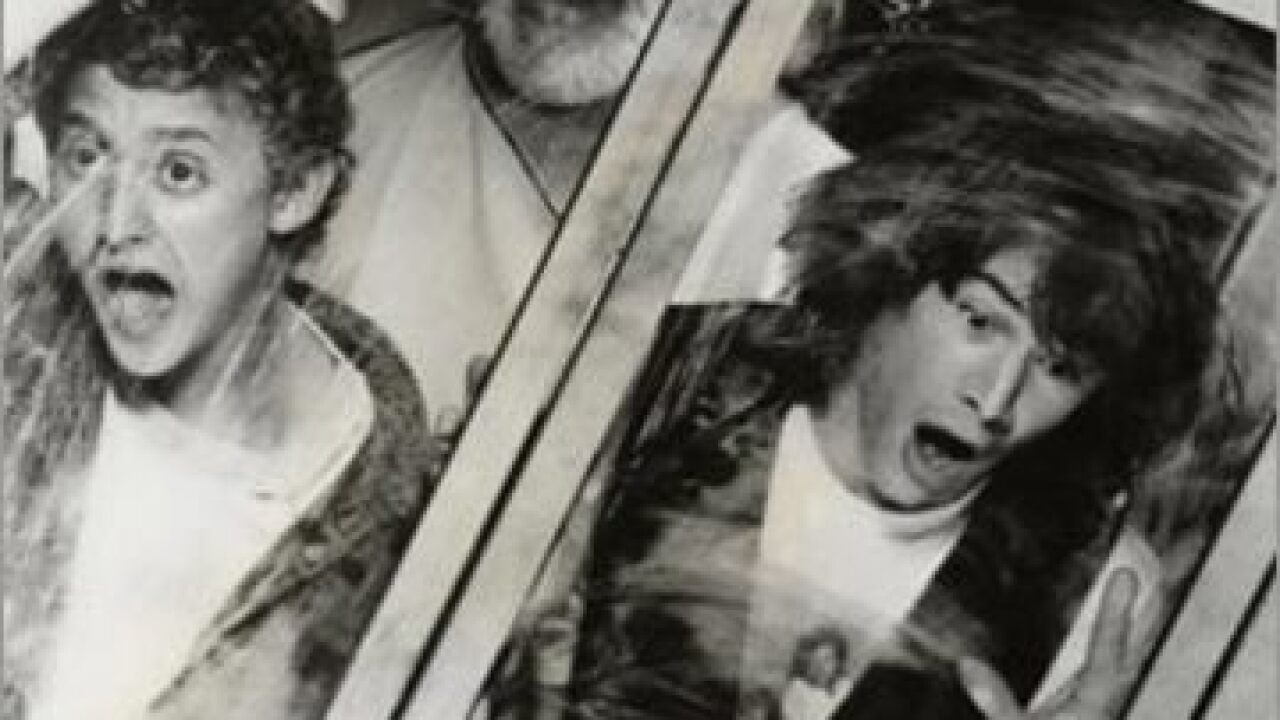 Copyright 2013 Scripps Media, Inc. All rights reserved. This material may not be published, broadcast, rewritten, or redistributed.
<p> </p><p>Bill and Ted use a phone booth to jump around in time for help on their history project.</p><p>(Orion Pictures / Phil Caruso)</p>

(KGTV) - Strange things will be afoot at the Circle K once again.

Bill and Ted are returning to the big screen in their third installment, rumored to be titled "Bill and Ted Face the Music," according to Deadline .

Actors Keanu Reeves and Alex Winter have been confirmed to return as Ted “Theodore” Logan and William "Bill" S. Preston Esq. in the time-traveling comedy series. Deadline reports the film is in pre-production and has been written by the franchise's creators Chris Matheson and Ed Solomon.

It's been 27 years since San Dimas's most popular slackers when on their last adventure in "Bill & Ted’s Bogus Journey" (1991) following "Bill & Ted’s Excellent Adventure" (1989).

It's not clear if Reeves and Winter will be working to complete yet another history project or win a Battle of the Bands as "Wyld Stallyns."

Deadline reports the third film will see Bill and Ted at a creative block, trying to write the perfect song which the universe depends upon.

A release date for the film has not been announced.