200 stars to grace Coronado's own Walk of Fame 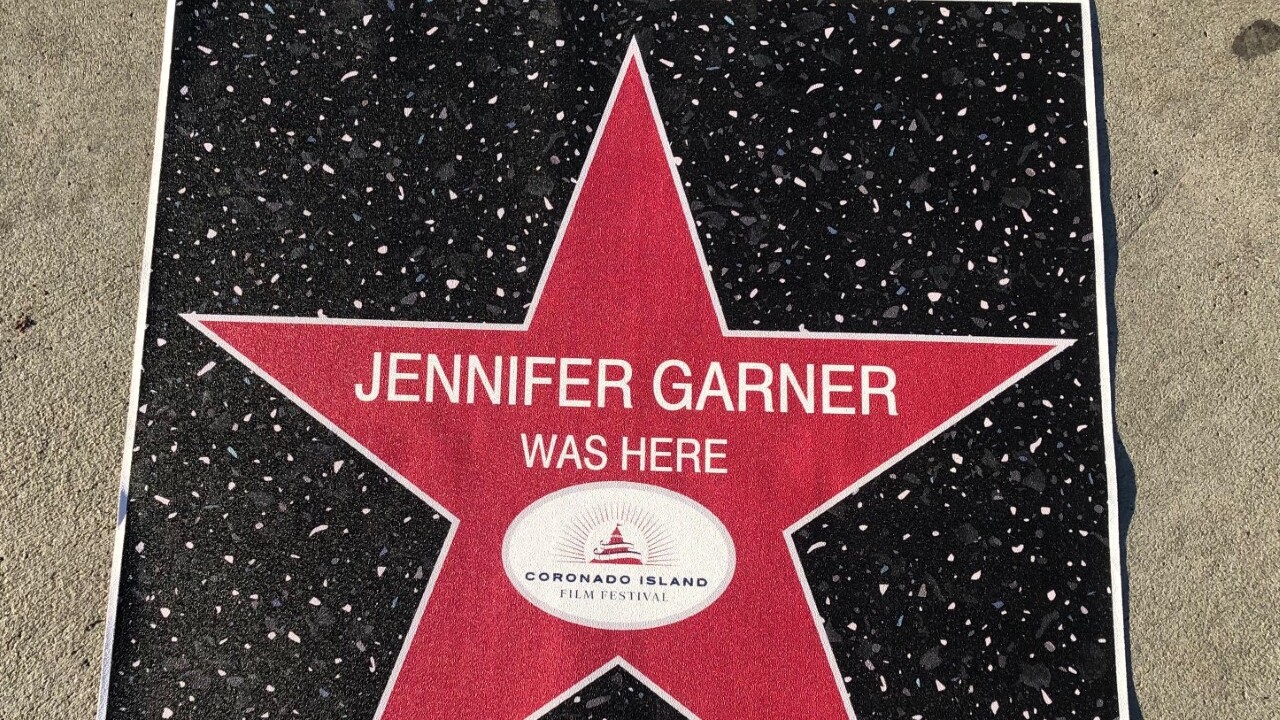 CORONADO, Calif. (KGTV) — Coronado is getting a touch of Hollywood Saturday, as 200 stars are installed in honor of cinema's leading icons.

As the city ramps up for the Coronado Island Film Festival Nov. 8-11, volunteers will place stars featuring the names of Hollywood actors and filmmakers along Orange Avenue to construct its own Coronado Walk of Fame.

Coronado's cinematic history dates back more than 100 years. One of the most well-known films to showcase the island is "Some Like it Hot," which featured the Hotel Del Coronado. The hotel was also featured in other flicks like "My Blue Heaven," "K-9," and "The Stunt Man."

Of course, Naval Air Station has hosted Hollywood stars as well. Most recently, actor Tom Cruise was seen on base during filming of the next "Top Gun" film, "Top Gun: Maverick."

CIFF tickets are available online. The four-day festival will celebrate the island's film history with more than 90 film screenings, panels, workshops, and parties.