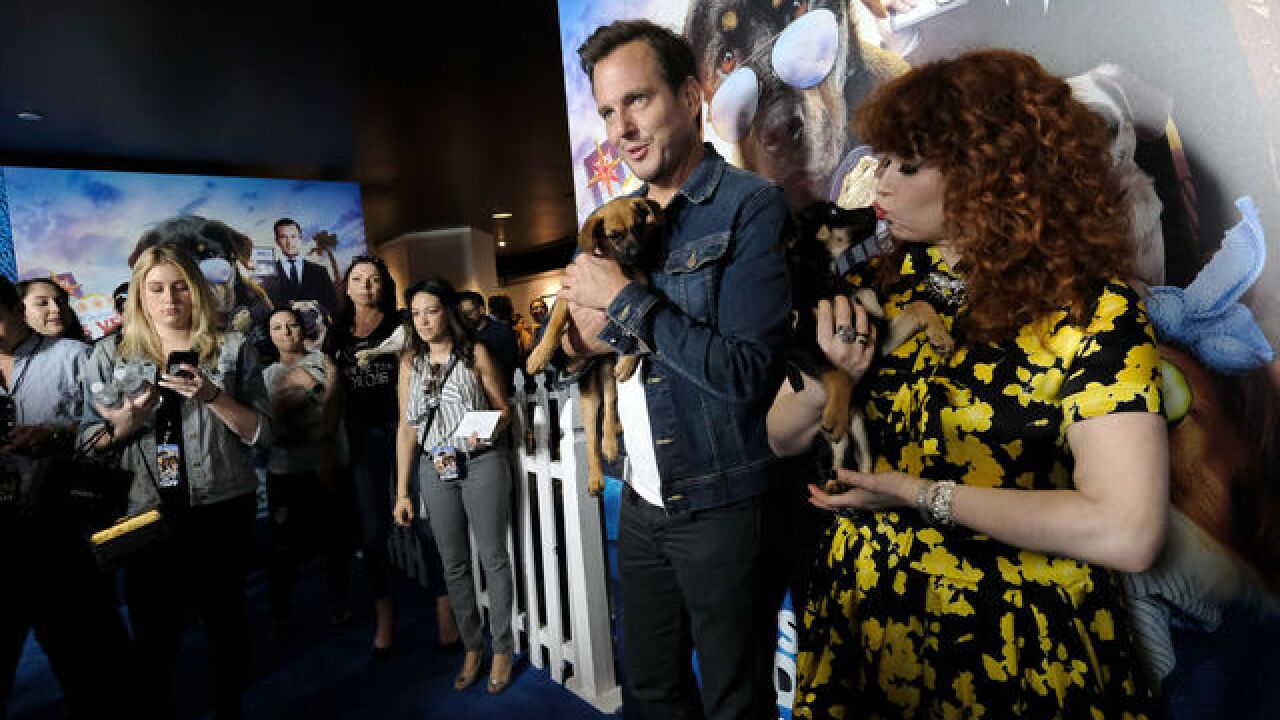 (KGTV) - The family flick "Show Dogs" is getting an immediate re-cut after parents who took their children to see the movie criticized scene they say depict sexual abuse.

The edits address scene in which the lead undercover police dog Max, voiced by Ludacris, who while being inspected at a dog show becomes comfortable with his private parts being touched, according to Deadline .

In a statement, Global Road Entertainment said the revised version of the film will be in theaters this weekend:

“Responding to concerns raised by moviegoers and some specific organizations, Global Road Entertainment has decided to remove two scenes from the film Show Dogs that some have deemed not appropriate for children. The company takes these matters very seriously and remains committed to providing quality entertainment for the intended audiences based on the film’s rating. We apologize to anybody who feels the original version of Show Dogs sent an inappropriate message. The revised version of the film will be available for viewing nationwide starting this weekend.”

The PG-rated movie opened to a lackluster $6 million in theaters but prompted criticism from bloggers and the National Center on Sexual Exploitation.

The scenes in question show Max and his human partner, played by Will Arnet, preparing for judging at a dog show. A former dog show champion advises Max to go to his "zen place" to overcome being touched on his private parts during judging.

The National Center on Sexual Exploitation released a statement saying the film, "sends a troubling message that grooms children for sexual abuse ... It contains multiple scenes where a dog character must have its private parts inspected, in the course of which the dog is uncomfortable and wants to stop but is told to go to a ‘zen place.’ The dog is rewarded with advancing to the final round of the dog show after passing this barrier," Deadline reports.

The center added, "disturbingly, these are similar tactics child abusers use when grooming children—telling them to pretend they are somewhere else, and that they will get a reward for withstanding their discomfort."

Before recutting the film, Global Road addressed concerns in a statement, only noting that the scenes were filmed with professional and highly respected dog show judges.