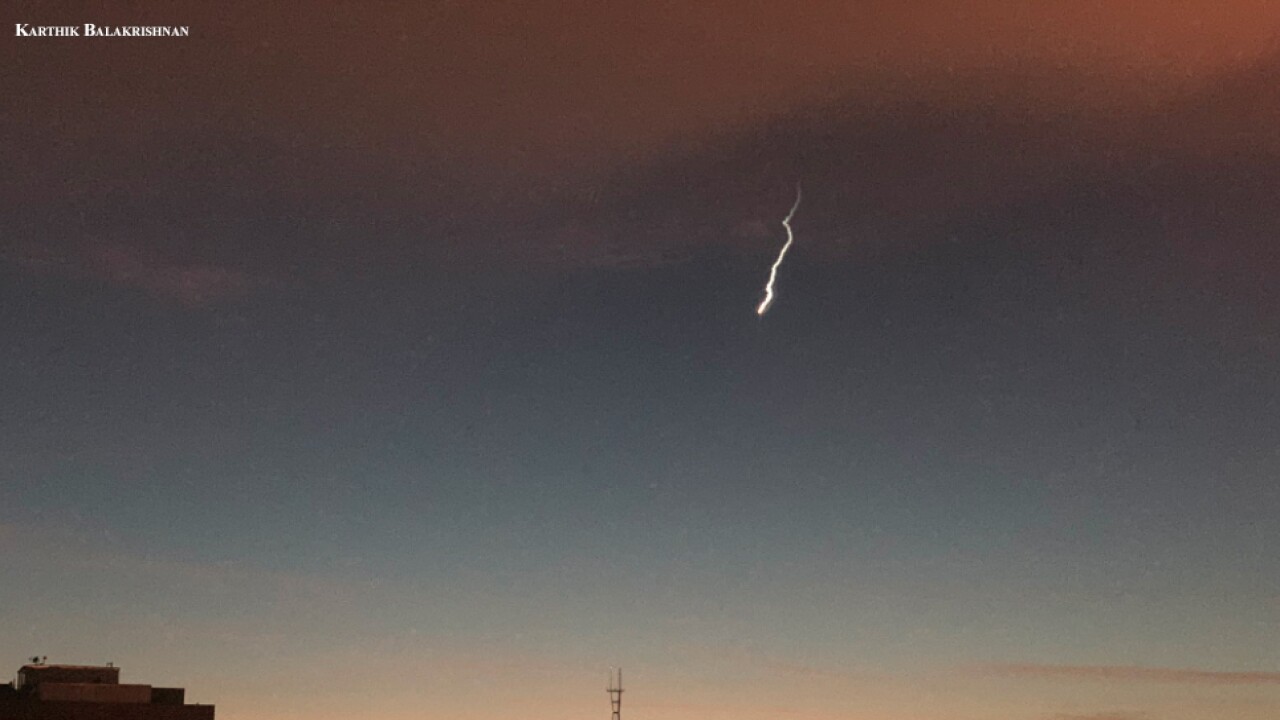 SAN FRANCISCO (KGTV) -- Social media is puzzled after a strange streak appeared in the sky over the Bay Area and Sacramento.

The light was, according to KRON, spotted in the East Bay, San Francisco and in several other locations throughout Northern California.

The National Weather Service says the light may be a meteor.

Anyone see this or get pictures from NW California? We're thinking this might have been a #meteor sometime between 5:30 & 5:40 PM. #cawx https://t.co/ku6miQeBW8