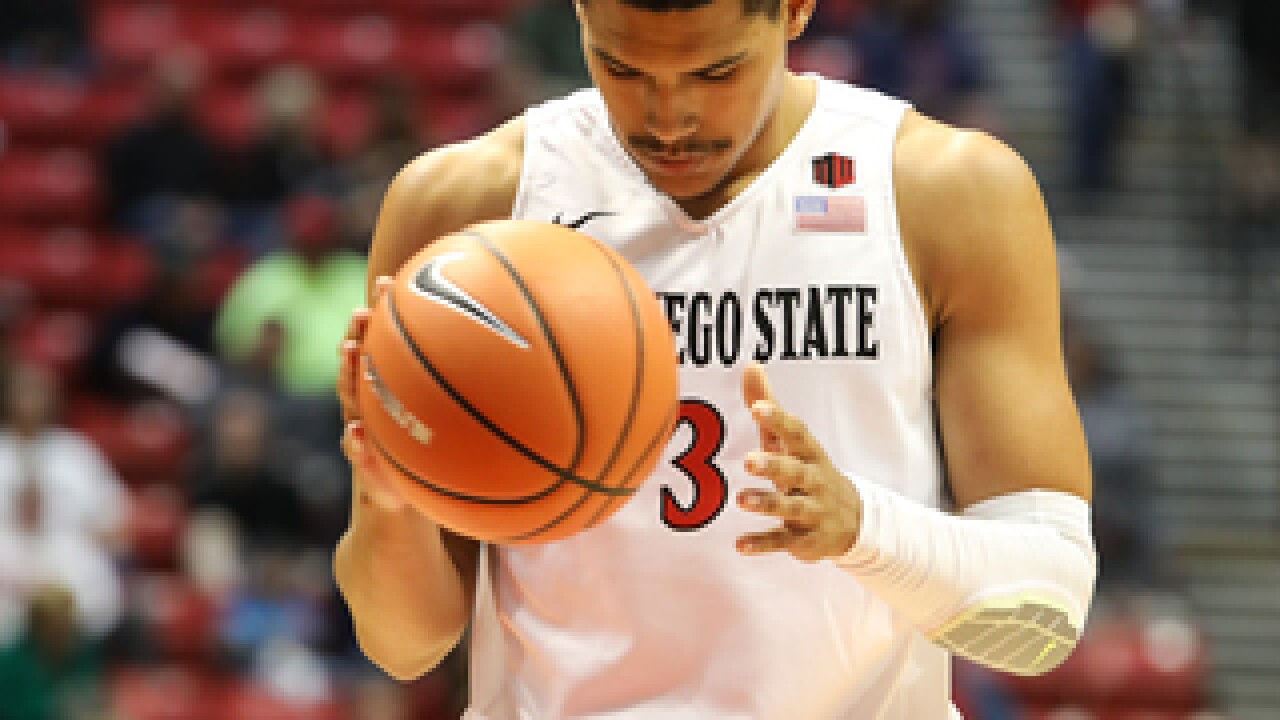 SDSU was already missing senior forward Malik Pope, who hurt his ankle early in the game and sat out the entire second half, and saw its 75-70 lead quickly evaporate against Washington State University, which went on a 23-11 run to win the game, 93-86, and claim the schools first ever Wooden Legacy Championship.