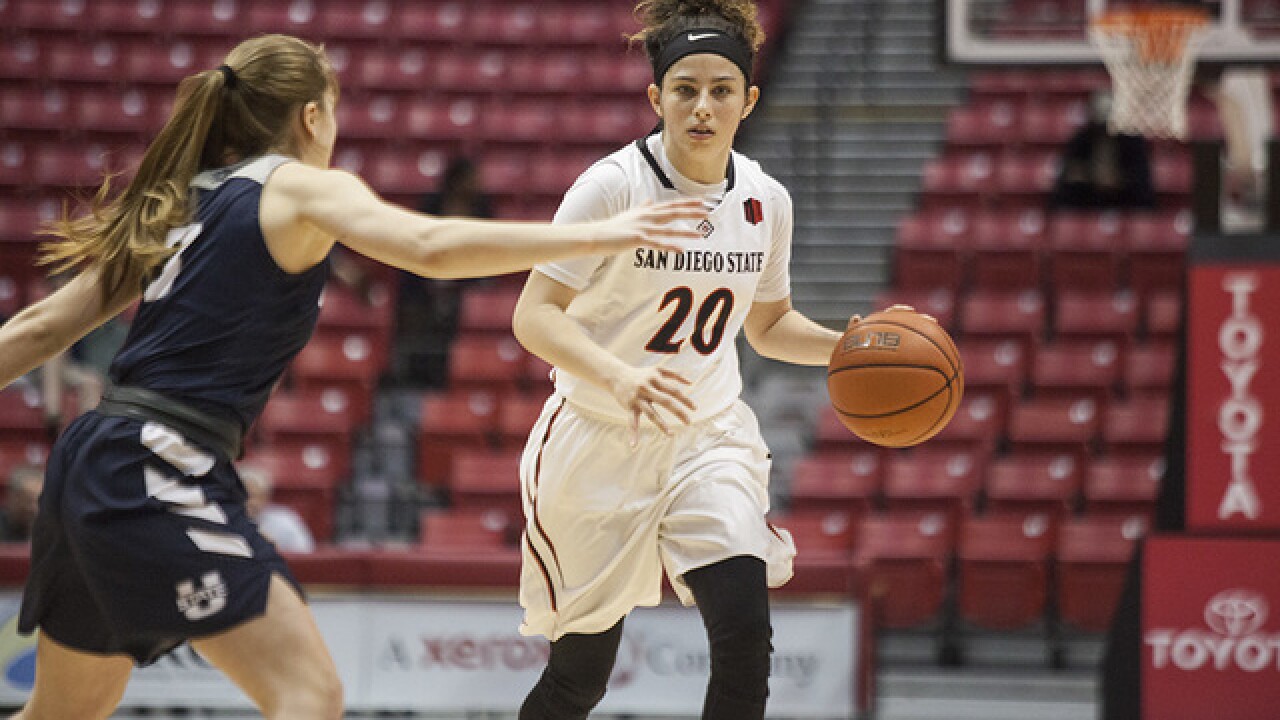 The Daily Aztec
Kelly Smiley
<p>Senior guard Geena Gomez plans her attack during a game in the 2016-17 season.</p>

After an up-and-down 2016-17 season, including many injuries and a six-game losing streak, the Aztecs are looking to prevent another rollercoaster campaign.

Fresh faces, coupled with veteran leadership, has the team determined, and head coach Stacie Terry said this team has the most potential of any she has coached at SDSU.

“I’m really excited about the season because I think this is the most talented team we have coming back to start the season,” Terry said. “Expectations are higher. We spent the last six to eight weeks really working on concepts. Whatever they throw at us, our girls have seen it in some form or fashion in practice.”