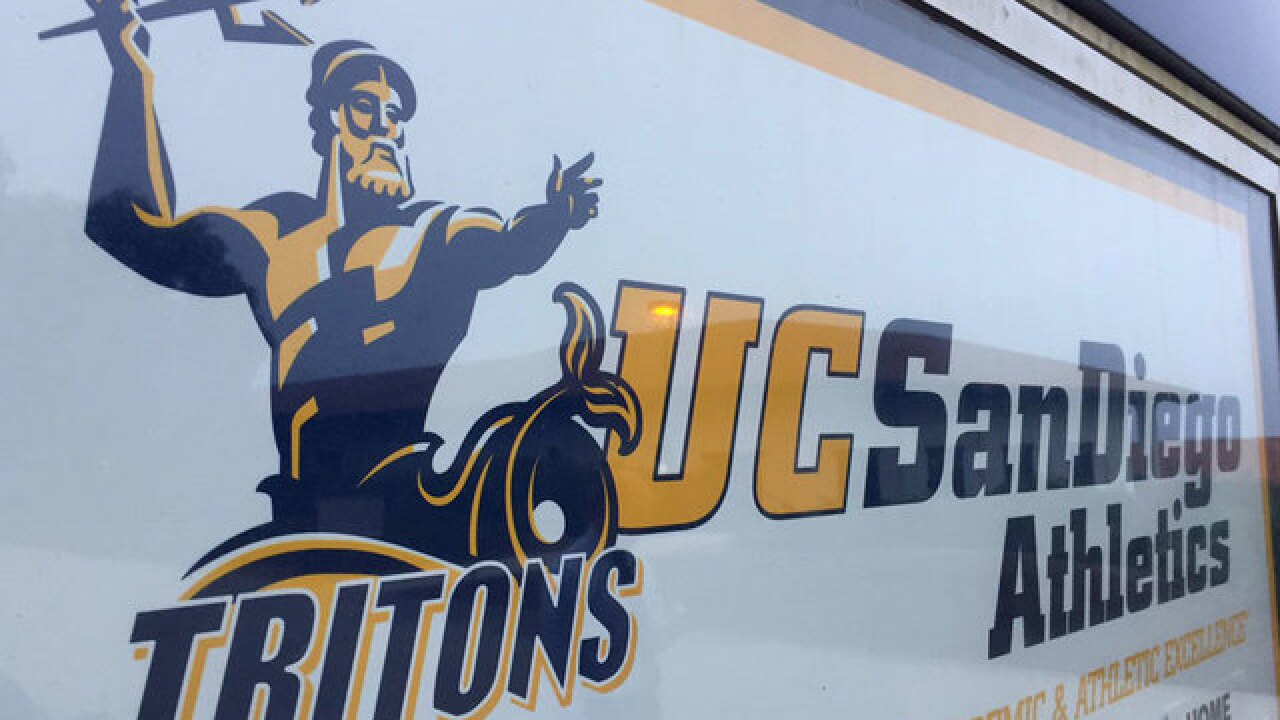 UC San Diego Chancellor Pradeep K. Khosla said, "We are pleased and honored to accept the Big West Conference invitation to join its ranks. We believe that this move will enhance the overall student experience at UC San Diego and heighten our sense of community and school pride. It also demonstrates our commitment to uncompromising excellence across the board."

The Tritons' move of all of its sports to the Big West could mean increased national exposure, additional scholarships and more sponsorship money for the athletic department.

UC San Diego was previously turned down three different times since 2010 in their efforts to level-up to Division I status and join the Big West Conference.

"Elevation to NCAA Division I athletics is a reflection of UC San Diego's culture of risk-taking, collaboration and innovation. Aligning with peer institutions and competing at the highest levels in all endeavors is one of the reasons for the transition to Division I. We are extremely excited to be joining the Big West Conference with their strong history of success in a broad base of sports," said Earl W. Edwarsd, UC San Diego's Director of Athletics.


The Tritons will be required to spend two years elevating athletic scholarships to minimum levels, followed by a four-year transition period. Only after that transition period can a school participate in the post-season and achieve full-fledged Division I membership.

Cal State Bakersfield was extended an invitation to join the conference on Monday.

UC San Diego consistently ranks highly in lists of top universities in the U.S. and the world, but the reality is that a school often receives its greatest visibility and identity on the courts and fields. Triton sports have generally been very competitive in Division II over the years, including three straight national championships and three appearances in the finals in women's soccer.

UC San Diego currently fields teams in 13 sports, including men's and women's basketball, cross country, fencing, rowing, soccer, swimming and diving, tennis, track and field, volleyball and water polo. It also fields baseball and softball teams as well as men's golf but does not have a football team. The Big West is a non-football conference, though some of its members field Division II football teams.

The rise to Division I leaves Cal State San Marcos, which recently made a move up, and Point Loma Nazarene University as the two college's in San Diego County competing in Division II.

SDSU, which boasts the most high-profile athletics department in San Diego, was set to join the Big West earlier this decade in all sports but football after school officials announced the football program would join the Big East. But when the football deal fell through, SDSU opted to remain in the Mountain West Conference for all sports.

The Aztecs -- founding members of the Pacific Coast Athletic Association, the precursor to the Big West -- reportedly paid the Big West $1.5 million for reneging on the deal, which was expected to lift the profile of the entire conference by adding one of the most highly-regarded college basketball programs on the West Coast.

The University of Nevada Las Vegas was a member of the Big West in 1990 when it won the men's basketball NCAA Tournament under coach Jerry Tarkanian.