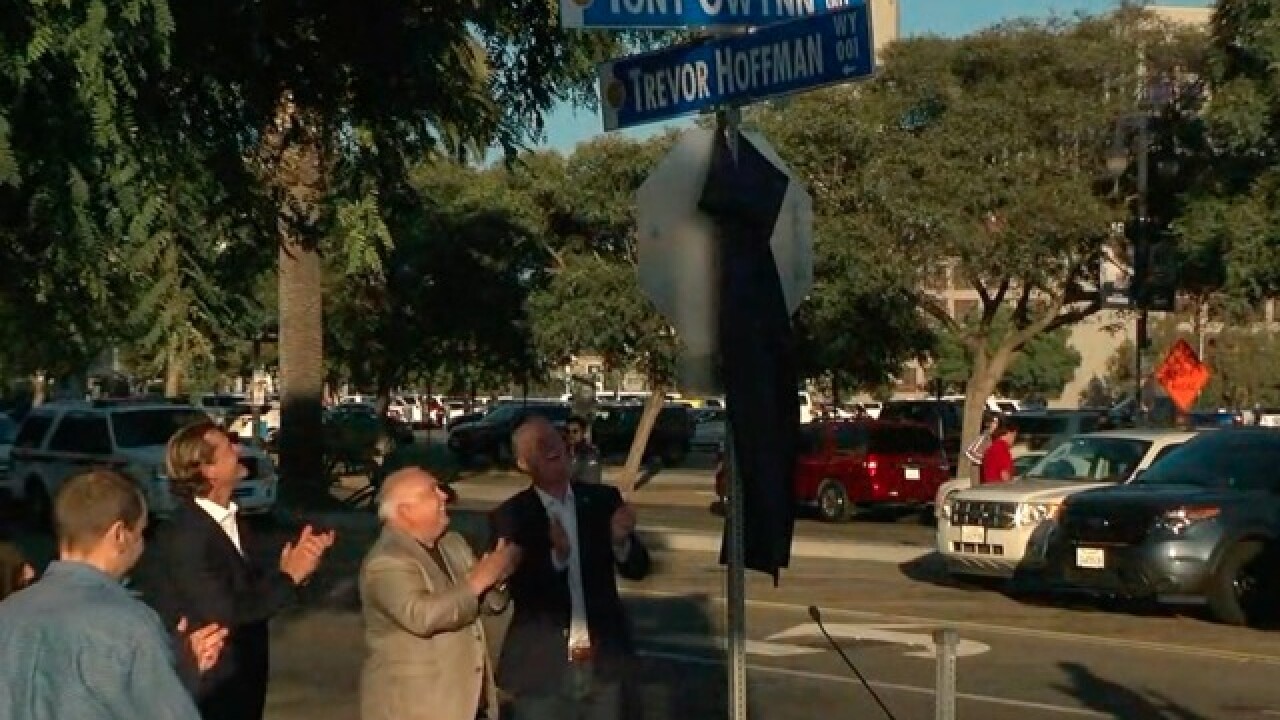 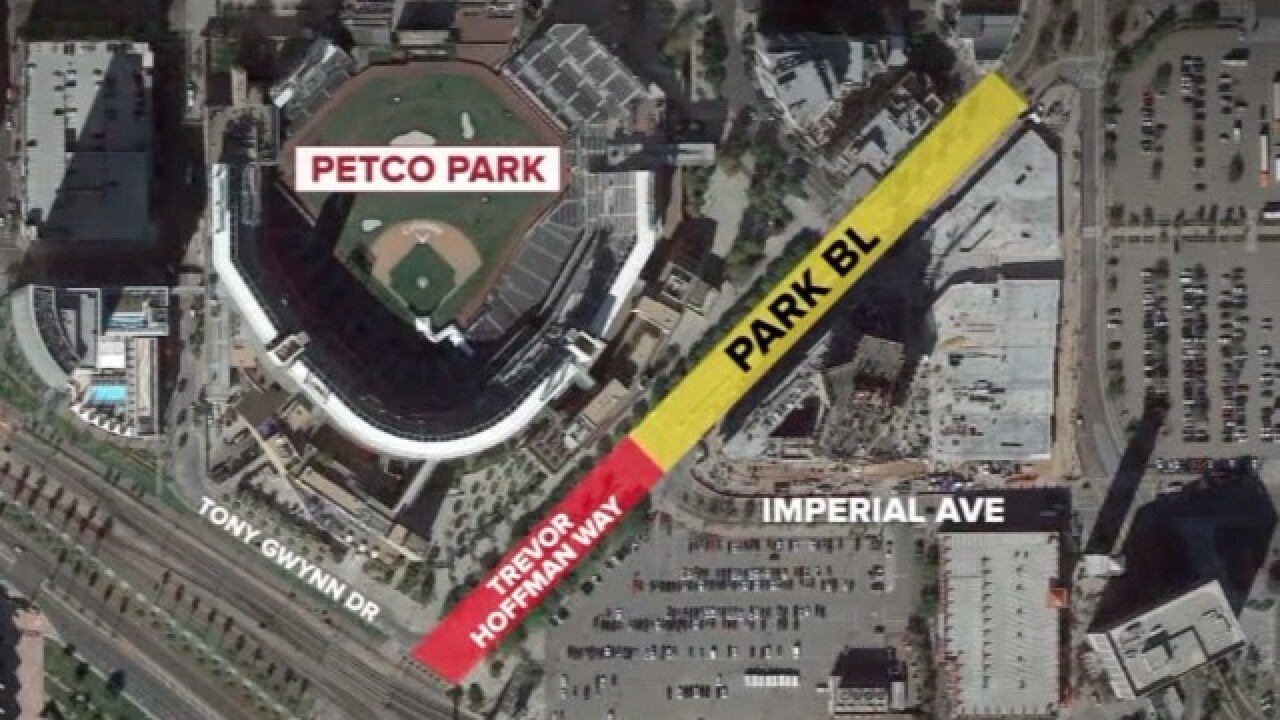 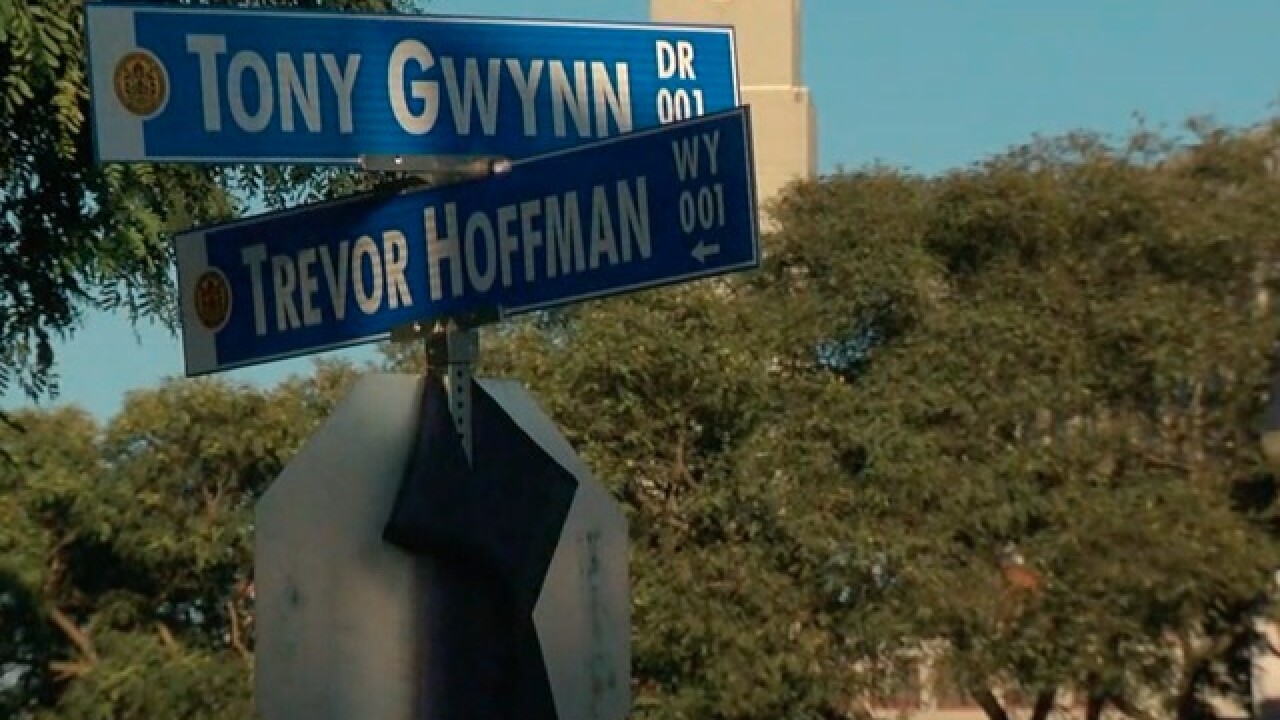 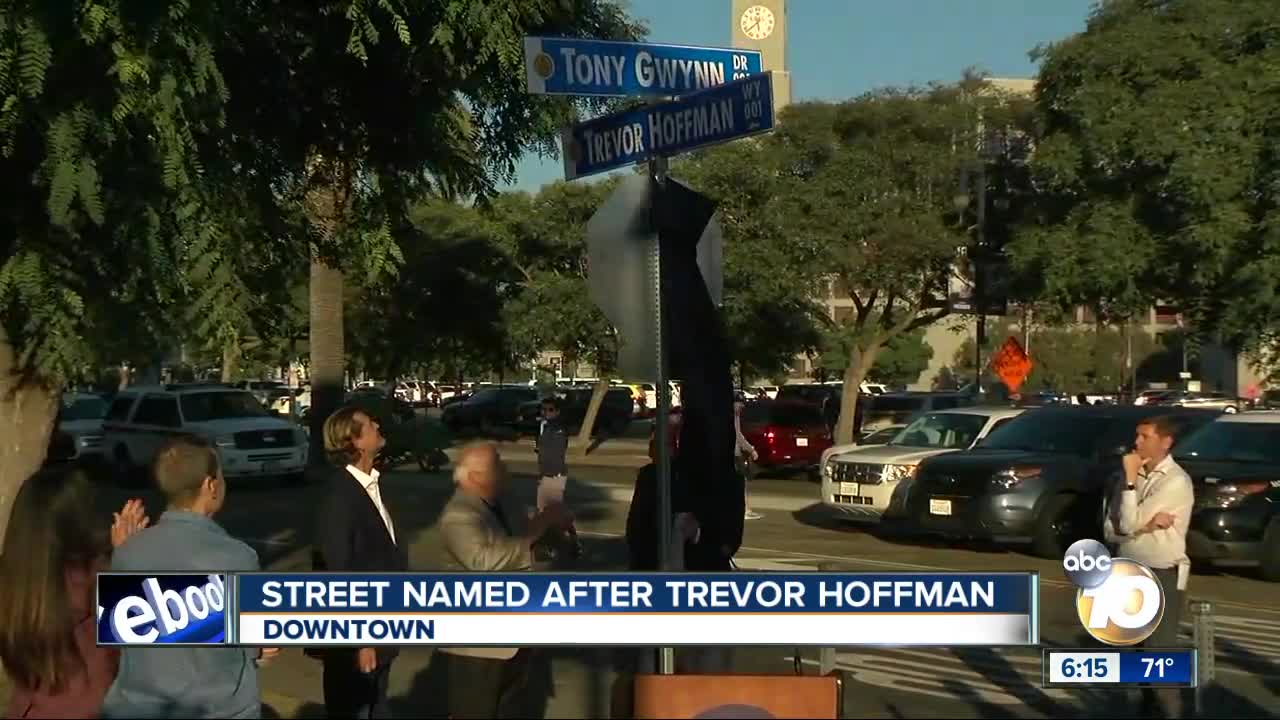 SAN DIEGO (KGTV) — Looking for Petco Park on a map. You'll find it at the corner of Tony Gwynn Drive and Trevor Hoffman Way.

A portion of Park Boulevard was renamed after Hoffman outside Petco Park in a ceremony Friday, before the Padre's final series of the 2018 season.

"[Naming a street] is reserved for a very special few," Fowler said. "Trevor is one of those few, not only because of his induction into the Hall of Fame, but also because of his steadfast commitment to his team and, most importantly, this community."

The Padres submitted an application to rename the section of road two days after Hoffman's Hall of Fame induction ceremony in July. The city unanimously approved it Monday, and the team agreed to pay all costs associated with the signage.

Hoffman is the all-time National League saves leader with 601. He played for the Padres from 1993-2008, notching 502 saves for San Diego. He played the final two seasons of his career in Milwaukee, picking up his 600th career save with the Brewers in 2010.

This season has seen a slate of honors for Hoffman, including his own themed giveaways at Padres home games and the reveal of a statue in his likeness erected at Petco Park.