The Kentucky Derby is Saturday: 5 reasons not to miss it 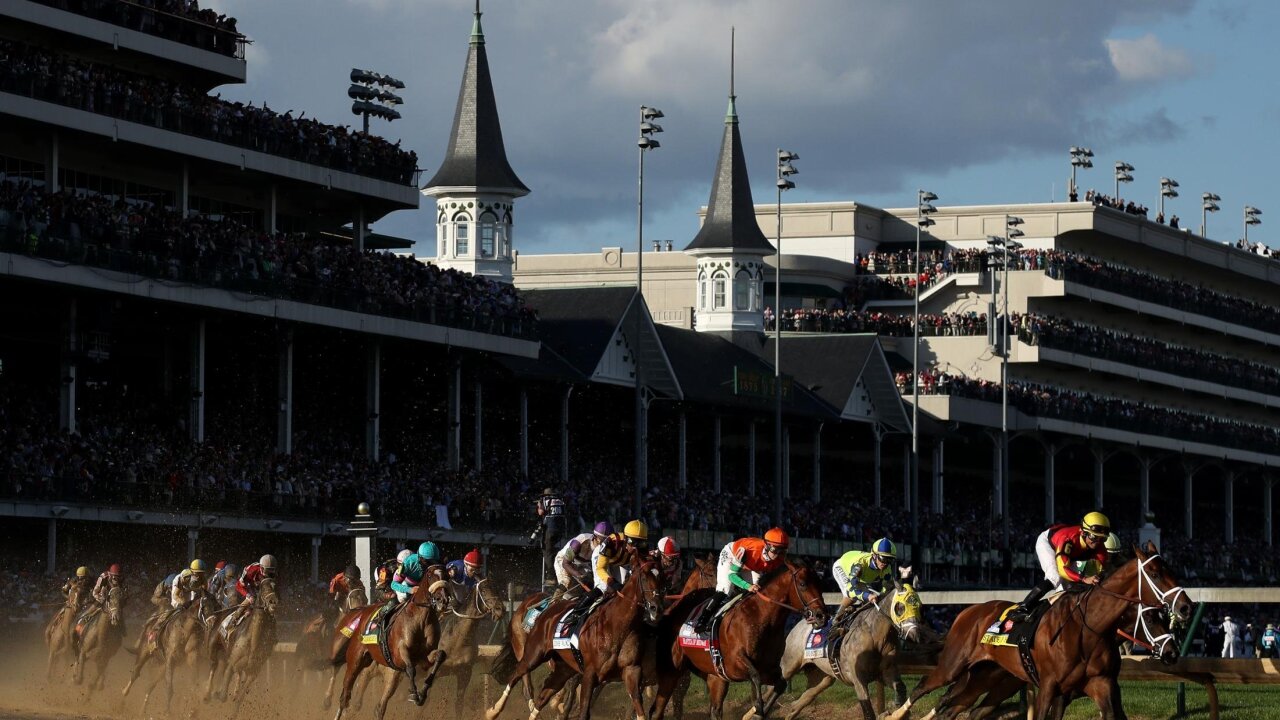 It's often referred to as "The most exciting two minutes in sports."

So what makes the Kentucky Derby so special?

Here are five reasons not to miss the event, which will be Saturday, May 4 at Churchill Downs race track in Louisville, Kentucky.

The first Kentucky Derby was held on May 17, 1875, when a crowd of 10,000 saw three-year-old chestnut colt Aristides, ridden by African-American jockey Oliver Lewis, triumph at Churchill Downs.

The Derby has been held at the same venue ever since, even during both World Wars and the Great Depression of the 1930s, making it the country's longest continuously held sports event.

The 145th edition of the mile-and-a-quarter race for three-year-old thoroughbreds is expected to attract more than 150,000 spectators.

The Derby is the first leg of racing's prestigious Triple Crown, which also consists of the Preakness Stakes in Baltimore and the Belmont Stakes in Belmont Park, New York.

It has literary history

The Kentucky Derby has been covered by some of America's most famous writers.

In 1925, New York sports columnist Bill Corum called the Derby the "Run for the Roses" because the winning horse gets draped in a garland of hundreds of red roses.

In 1935, legendary Tennessee-born sports writer Grantland Rice described the race like this:

"Those two minutes and a second or so of derby running carry more emotional thrills, per second, than anything sport can show."

In 1955, American author William Faulker, a winner of the Pulitzer Prize and Nobel Prize and a Southerner like Rice, covered the race for Sports Illustrated.

This what he wrote:

"So it is not just betting, the chance to prove with money your luck or what you call your judgment, that draws people to horse races. It is much deeper than that. It is a sublimation, a transference: man, with his admiration for speed and strength, physical power far beyond what he himself is capable of, projects his own desire for physical supremacy, victory, onto the agent -- the baseball or football team, the prize fighter.

"Only the horse race is more universal because the brutality of the prize fight is absent, as well as the attenuation of football or baseball -- the long time needed for the orgasm of victory to occur, where in the horse race it is a matter of minutes, never over two or three, repeated six or eight or 10 times in one afternoon."

It has legendary winners

In 1973, Secretariat won the Derby in a time of one minute, 59.4 seconds, a record that still stands to this day. By comparison, last year's race was won by Justify, ridden by jockey Mike Smith, in a time of two minutes, 4.2 seconds, in what was the wettest in the event's history, with more than 3 inches of rain.

Secretariat, also known as "Big Red," went on to clinch the Triple Crown in 1973, ending a 25-year wait.

In 2006, Barbaro captured the public's imagination with an epic Derby win followed by a heroic fight against injury. After becoming only the sixth horse to win the Derby with an unbeaten record, Barbaro looked like he could be on the way to the Triple Crown when disaster struck in the Preakness Stakes two weeks later -- he shattered his leg shortly after getting out of the starting gates.

Barbaro was put down by his owners eight months later, unable to overcome the complications he had suffered after the accident.

But his fight to overcome his injury triggered an outpouring of public support for the horse and his owners the world over. His ashes are now buried at Churchill Downs, while a bronze statue of the horse was erected at the race track in 2009.

In 2015, American Pharoah became the first horse to win the coveted Triple Crown since Affirmed in 1978. The horse made the cover of Sports Illustrated and was photographed by US fashion magazine Vogue.

Last year, Justify became only the 13th horse to clinch the coveted Triple Crown. He was retired, unbeaten, in July, with his hall-of-fame trainer Bob Baffert saying the chestnut colt was struggling from fluid in his left front ankle. Justify retired to a lucrative stud career with $3.9 million in earnings on the track, which is not a bad return for a horse that cost $500,000.

It attracts the rich and famous

The Derby has always been a draw for the rich and famous, with some of the biggest stars in sports, fashion and Hollywood mixing with royalty.

The favorite tends to do well

Last year's win by Justify marked the sixth year in a row the pre-race favorite had won the race, the most since the 1890s.

This year's race doesn't have a clear favorite, with Arkansas Derby winner Omaha Beach, ridden by last year's winning jockey Smith and trained by Richard Mandella, at 6-1 at UK bookmaker William Hill. The next three favorites are all trained by five-time Derby winner Baffert, with Roadster and Game Winner at 7-1, followed by Improbable at 8-1.