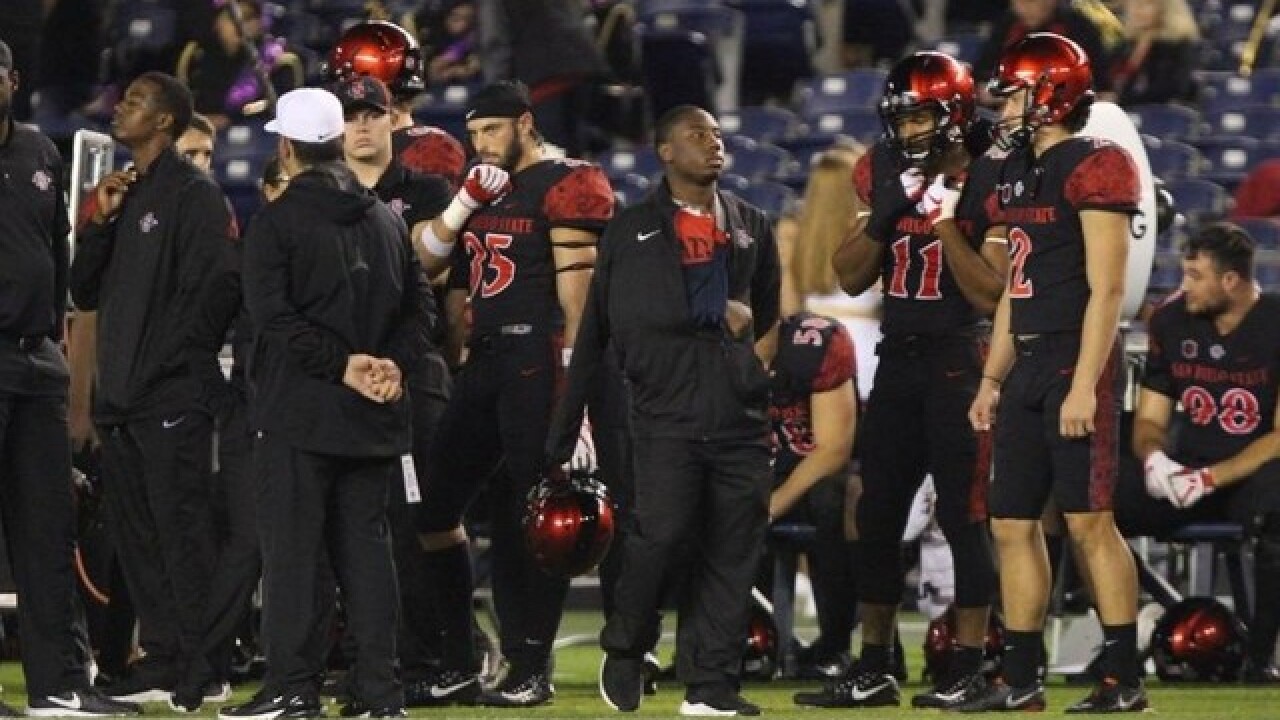 Kareem Jones, Daily Aztec
<p>Junior running back Juwan Washington stands on the sidelines with his arm in a sling during the second half of the Aztecs 23-20 victory over Eastern Michigan on Sept. 22 at SDCCU Stadium.</p>

SAN DIEGO (Daily Aztec) - San Diego State football junior running back Juwan Washington is expected to miss up to six weeks with a clavicle fracture, which he suffered during the team’s victory this past weekend over Eastern Michigan.

Head coach Rocky Long announced the news at a press conference on Tuesday afternoon, and said Washington should not need surgery to fix the fracture.

“(The fracture) wasn’t too bad and it’s still attached,” Long said. “ (Doctors) think it’ll heal in six weeks on its own.”

Despite the six-week prognosis, Long cast doubt on Washington returning this season, but said he remains hopeful.

“He might not play by the end of the season. Hopefully he will,” Long said.

Washington has been the Aztecs feature tailback this season, averaging 5.2 yards per carry. He leads the team in rushing yards (513) and touchdowns (5).

Sophomore Chase Jasmin will fill in for Washington at starting running back. On 43 carries this season Jasmin has recorded 233 rushing yards and one touchdown.

Long said the team will use the bye week to determine who will be placed behind Jasmin in the depth chart.

“We’ve got a little bit of time to figure out who’s gonna be the second guy in,” Long said.