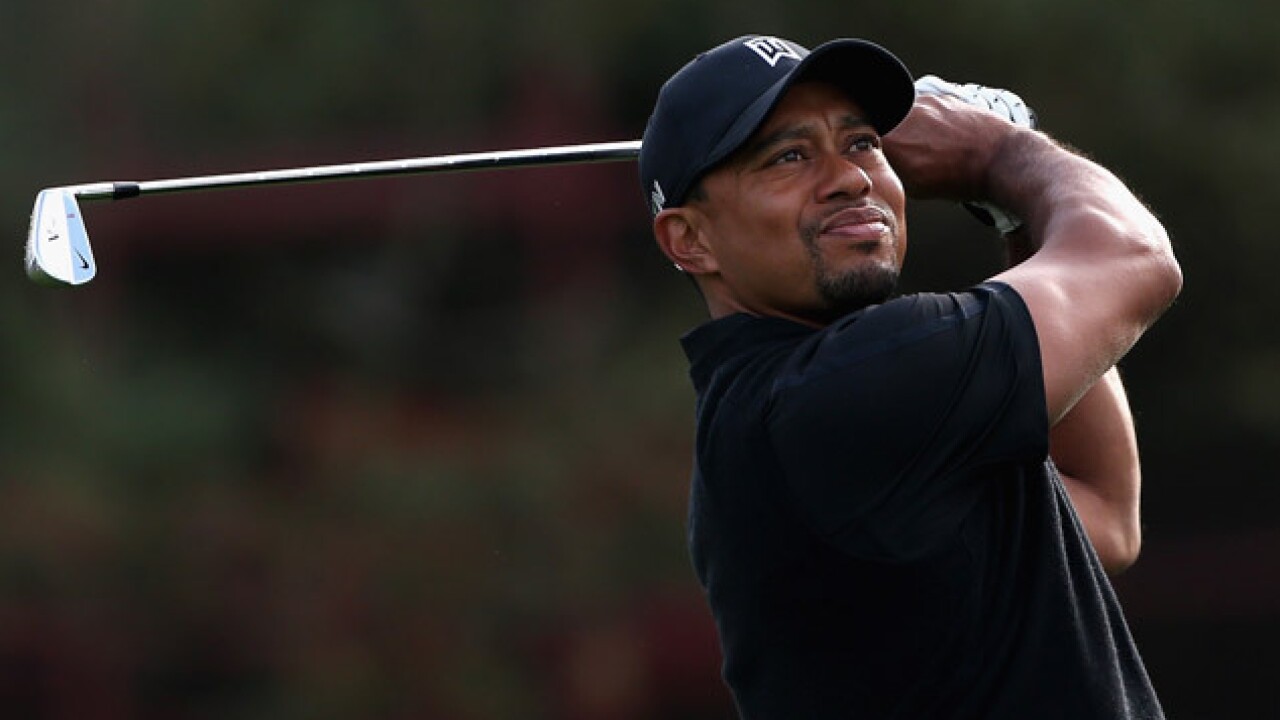 SAN DIEGO (KGTV) -- Looking to become history's winningest PGA Tour player of all time, Tiger Woods has officially announced that he will start his 2020 campaign at the Farmers Insurance Open at Torrey Pines Golf Course.

Woods tied links legend Sam Snead at 82 wins in October with a victory at the ZOZO Championship in Japan.

The tough Torrey Pines track has been generous to Woods in the past. He's carded eight wins at the city owned seaside golf course including seven Farmers trophies and his dramatic 2008 U.S. Open playoff victory.

“The fact that Tiger will have his first opportunity to set the all-time record for PGA TOUR wins at the Farmers Insurance Open is truly fitting,” said Century Club of San Diego CEO Marty Gorsich.

“Tiger has had such remarkable success here, dating back to his eighth career victory when he won this tournament for the first time in 1999," said Gorsich.

Tiger is likely very eager to tee it up at one of his favorite courses, especially while showing signs of getting back his winning form after a dreary start early in the season. Woods' appearance at the Farmers last year saw him out of contention until he managed to find his stroke in the final round scoring five birdies for a five-under 67.

He went on to finish 2019 with four Top 10 finishes out of twelve events and a single victory, the Masters Tournament, on his way to earning nearly $3.2 million.

But, it'll be interesting to see if the weather and nagging back injury will cooperate with the 44-year-old's record-breaking effort.

"What he has done since returning from his back injuries has been great for the game of golf, and we are excited to welcome him back for a fourth consecutive year," said Gorsich.

Woods will join a competitive field at the Jan. 22-26 tournament which includes over a dozen of the sports top 50 players in the world including Rickie Fowler, Jamie Lovemark, and Phil Mickelson.

IF YOU GO
Tickets for the 2020 Farmers Insurance Open are now on sale and can be purchased at https://www.farmersinsuranceopen.com/tickets-parking/

Adult grounds tickets start at $50, with upgraded VIP tickets starting at $90. With venues selling out last year and prices increasing on January 13th, fans are encouraged to buy in advance. Discounted tickets are available for seniors, veterans, and youth 13-17. Grounds tickets are complimentary for active duty military, reservists, retired military and their dependents. Kids 12 and under are admitted free with a ticketed adult, with a maximum of four kids per adult.