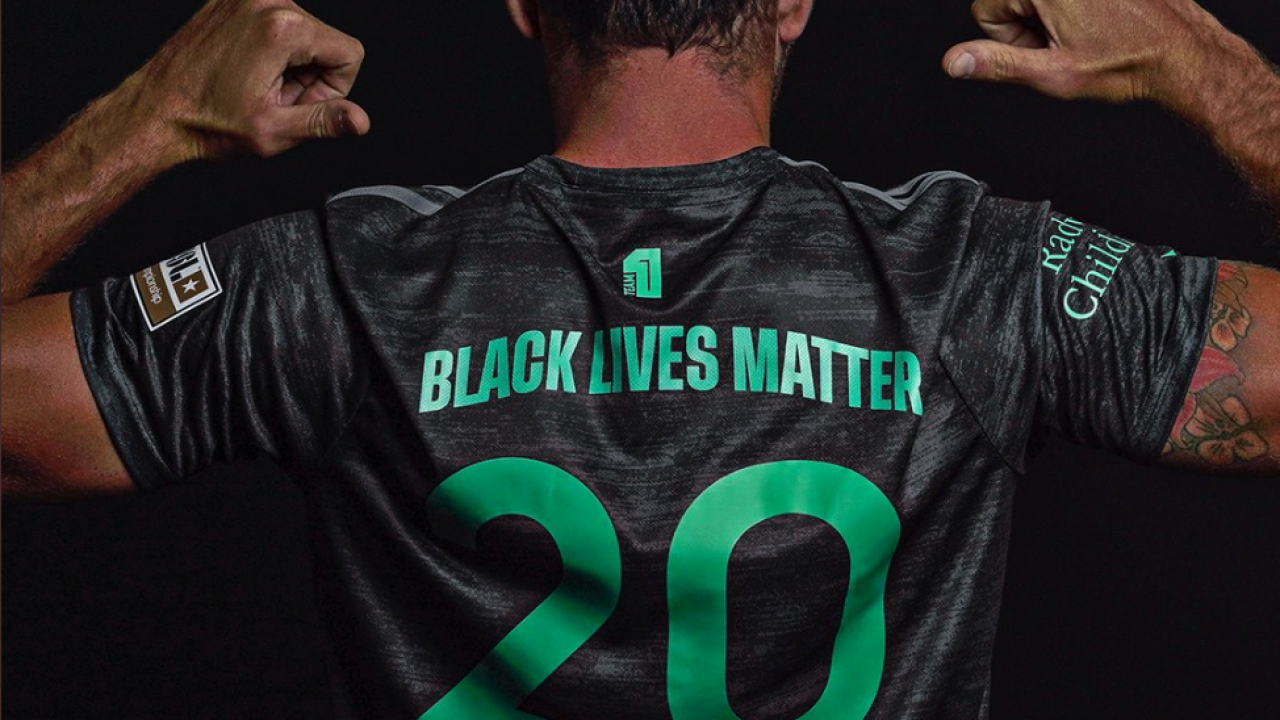 SAN DIEGO (KGTV) - San Diego Loyal SC announced Thursday they will be wearing a Black Lives Matter alternate kit for the team's first game and for other selected games through 2021.

The uniform is all black with dark teal accent and the phrase “Together San Diego” will run down the side of the jersey. Player nameplates will spell out "Black Lives Matters" across the back standing in solidarity with the national-turned-global movement against racism and injustice towards people of color.

The team's first game is Saturday in Utah.

The organization's goal in aligning itself with the BLM movement is to promote inclusivity and diversity in the community, according to team President Warren Smith.

"Loyal is more than just our name -- it's our mantra," Smith said. "The Loyal in our name is symbolic of the diversity in our community, and now more than ever we stand by this. It's time to show our loyalty and stand together in the fight against racism and put an end to the violence fueled by hatred against our Black community."

The team said it will auction off player-worn jerseys to fans with the profits going toward the Association of African American Educators of San Diego (AAAE), an "organization that advocates for equity in education within the ethnically diverse pupil population of San Diego County."

“As a professional sport team, we have a duty to use our voices in a productive, meaningful way to benefit our communities,” said EVP of Soccer Operations and First Team Manager Landon Donovan. “We will not be silent about racial injustice and encourage our fans and community to join us in taking a stand.”

The team said it will be giving 10 percent of jersey sales proceeds to the AAAE. The alternate jersey will available for purchase July 10 in stores and July 21 online.

SD Loyal is set to resume play in the USL Championship Division II League this Saturday against Real Monarchs SLC in Sandy, Utah.

Saturday's match marks the first professional team sporting event played in the United States with fans in attendance since March 11. Coincidentally, SD Loyal was also among some of the teams that last competed March 11, a list that spans various sports including professional hockey and basketball

The Loyal return to San Diego July 19 in a match against Southern California rival LA Galaxy II on their home pitch at Torero Stadium at the University of San Diego.

We’re not afraid to be who we are, because we’re proud of who we are. #TogetherSanDiego pic.twitter.com/MwfmZjq3le